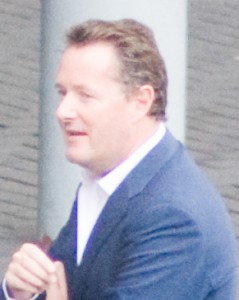 #1 The UK has approximately 125 percent more rape victims per 100,000 people each year than the United States does.

#2 The UK has approximately 133 percent more assault victims per 100,000 people each year than the United States does.

#6 The city of Chicago has some of the strictest gun laws in the United States. So has this reduced crime? Of course not. As I wrote about the other day, the murder rate in Chicago was about 17 percent higher in 2012 than it was in 2011, and Chicago is now considered to be “the deadliest global city“. If you can believe it, there were about as many murders in Chicago during 2012 as there was in the entire nation of Japan.

#7 After the city of Kennesaw, Georgia passed a law requiring every home to have a gun, the crime rate dropped by more than 50 percent over the course of the next 23 years.

#8 Approximately 200,000 women in the United States use guns to protect themselves against sexual crime every single year.

#9 Overall, guns in the United States are used 80 times more often to prevent crime than they are to take lives.

#10 Only about 3.5 percent of the gun murders in the United States are caused by rifles.

#11 According to Gallup, an all-time record 74 percent of all Americans are against a total handgun ban in the United States.

#13 When Piers Morgan claims that there are only 35 gun murders in the UK per year, he isn’t exactly being accurate. According to official statistics, there were59 gun murders in the UK in 2011. It is also important to keep in mind that gun crime was already super low even before the gun ban in the UK was instituted, and that a 2009 article in The Telegraph declared that gun crime had doubledover the past decade even though it is widely acknowledged that crime statistics in the UK are massively underreported.

#14 The UK has the fourth highest burglary rate in the EU.

#15 The UK has the second highest overall crime rate in the EU.

#16 A 2009 article in The Telegraph had this stunning headline: “UK is violent crime capital of Europe“.

#17 Despite the very strict ban on guns in the UK, the truth is that the UK is a far more violent society than the United States is. In one recent year, there were2,034 violent crimes per 100,000 people in the UK. In the United States, there were only 466 violent crimes per 100,000 people during that same year. Do we really want to be more like the UK?

#18 According to Gun Owners of America, the governments of the world slaughtered more than 170 million of their own people during the 20th century. The vast majority of those people had been disarmed by their own governments prior to being slaughtered.

But you won’t hear many of these statistics on the mainstream news, will you?