Muslims have the guts to stand up for their freedom.

In Germany, large groups of them are defying orders to “shelter in place” – house arrest themselves – and “social distance.” They are attending prayer meetings – on the grounds that they have a right to pray and to gather since the praying and gathering is being done voluntarily, by those who wish to and choose to. No one is putting guns to anyone’s heads to attend these gatherings, which take place on private property.

They are giving a gigantic Colonel Bogey Salute to the government.

It’s too bad so many Americans are not only willing to give up their freedom but are demanding that guns be used to force others to give up theirs as well. It’s not enough for those who Fear The Virus to “shelter in place.”

Everyone must be forced to “shelter in place.”

And much more – and worse.

This is a psychological (and moral) problem but also another kind of problem, the roots of which go back more than 50 years to the hagiographed “civil rights” era – which fundamentally resulted in their destruction in principle back then and in fact today.

By destroying the right of free association. 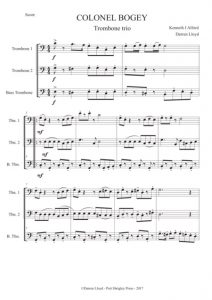 Before the Civil Rights Act was passed into law, it was not legal to murder anyone – of any color or either sex. Nor to take their property. Nor deny them due process of law in a legal proceeding, whether criminal or civil.

All Americans enjoyed these rights as a matter of law.

The Civil Rights act made new law. It became illegal to do as you liked with your property – which became the effective property of the government – of those people with titles and offices and men with guns to back them up –  who now let you possess it but only under certain terms and conditions, which you had to abide by in order to retain conditional use of it.

If you owned a home, you were no longer free to sell it to whomever you wished – or not –  on the basis of free exchange. You now had to sell it to someone you didn’t want to sell it to – for reasons of whatever, which used to be your right since it was after all your property. (Vestiges of this concept still exist in that we’re not yet forced to let random strangers lick our lolipops or jump into our cars and have us take them where’s their headed . . . yet)

The very strange idea that others who did not own your property – who had not paid for it – could now force you to sell it to people you didn’t want to sell it to became a legal requirement, with punishment attending for noncompliance.

It was easy to accomplish this by tugging on people’s sense of decency – a stock-in-trade of demagogues to manipulate useful idiots.

Most people would not refuse to sell a home to someone – or rent them an apartment – on account of their skin color. But some did.

This was certainly mean-spirited but people used to have the right to be that with their property, it being their property. As in not someone else’s property.

That concept was destroyed – in the name of “civil rights” – on the basis of hurt feelings.

Private property became effectively “public” – though the “public” wasn’t paying the mortgage or the taxes and its claim to ownership – asserted via control over the property – is an odd doctrine to a thinking brain. 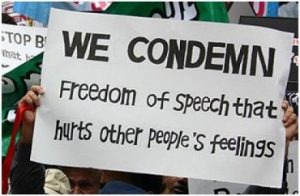 And a dangerous one. To liberty.

Restaurants and so on became “public accommodations.” They were – and are – forced to serve those the owners preferred not to . . . or else. And to obey a now-endless litany of government commands about how they may serve customers as well as what they may not allow customers to do within, even if otherwise legal – such as smoke a cigarette.

Private clubs were – and are – forced to admit people they didn’t want in their clubs, even though no law forbade those people from forming their own clubs – just as people who preferred not to breath smoke were free to open or patronize restaurants or bars that chose to forbid it.

People were once free to associate. They no longer are.

Which brings us fast-forward 50-something years to the present and the “locking down” of America, the vitiation of every civil right, even to the degree of being forbidden to leave your home. None of this would not have been possible, probably, had the Civil Rights Act not vitiated the right to freedom of association – and gutted the concept of private property. 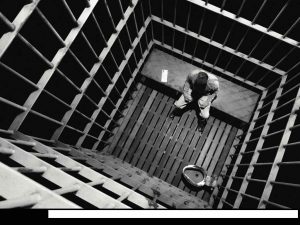 People would understand that a person who owns a restaurant or coffee shop is the owner of the place and by dint of that, he has the sole right to decide whether to close his business or not. It would be understood – and the principle of it respected in law – that so long as no one is being forced to enter the business nor prevented from leaving and is there purely on a voluntary, freely-associating basis, the government has absolutely no legitimate authority to intervene.

Those who dread Corona have every right to “shelter in place” in their homes and to close their businesses. Just as people who dread riding a motorcycle because they are terrified of the risk should not be forced to.

But this idea that other people’s fears – and feelings – entitles them to shred the rights of others to do as they wish with what its theirs – including their very persons – is a doctrine unworthy of a free country.

Which explains why America no longer is.