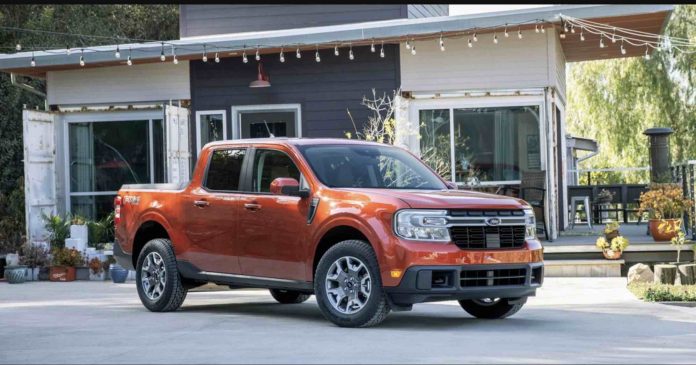 Ford is having some trouble with its names.

It named a five-door crossover SUV a “Mustang” Mach-E. And now it has bestowed the Maverick name on something that isn’t a truck – sorry, Charlie – though it’s meant to look like one.

And which the  original Maverick never was. 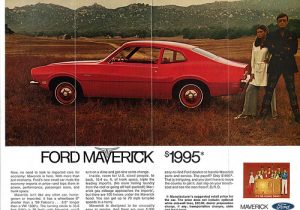 It was a car – available with two or four doors, made from 1970-1977. It didn’t offer four wheel drive and was strictly for on-road use, mostly as an economy car – though Ford did offer Grabber versions that were available with a 302 (5 liter) V8 that had some performance car potential.

The 2022 Maverick is front-wheel-drive and four doors only. It looks like a small crew cab/short-bed pickup but it isn’t really.

A truck – regardless of size – is rear-wheel-drive, with four-wheel-drive available. Not all-wheel-drive, which is something cars and crossovers based on car-type layouts sometimes offer.

As the “Maverick” does. 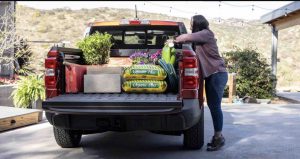 It is basically Ford’s smaller-scale interpretation of the Honda Ridgeline – or a similar-sized re-imagining of the Subaru Baja.

Both of these being basically cars under their skins – skinned to look kind of like trucks and be capable of doing more things on and off road than most cars can do, such as carry stuff in a small open bed in the back and – by dint of their higher-than-a-car’s ground clearance and available (or standard, in the case of the Soobie) all-wheel-drive – be more capable than most cars of being driven off-road and more capable of dealing with snow and such on-road.

There is nothing wrong with any of this and much that’s laudable. Not everyone needs a truck – and some want more than a car.

But why call a fish a cat? 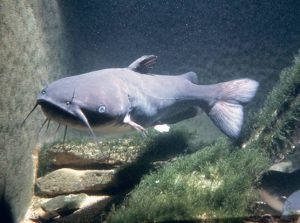 Or rather, catfish buyers?

Both the Pilot and the Baja (and the also-pending 2022 Hyundai Santa Cruz) are interesting as alternatives to trucks. They weigh less, ride better, use less gas. The small bed is handy, good for hauling dogs and bicycles. But they aren’t trucks anymore than a five-door crossover with batteries and no engine is a Mustang.

And neither is the “Maverick.”

It also betrays a certain lack of imagination, in addition to confusion. Why not come up with a new name rather than rehashing an old one? It seems that almost everyone – it’s not just Ford and not just cars (and trucks) – is resurrecting old stuff rather than imagining new stuff. TV “reboots” practically every classic TV show; movies serially recycle as well. But the A-Team  without Mr. T isn’t the A-Team. It is something else, trying to be the same thing. 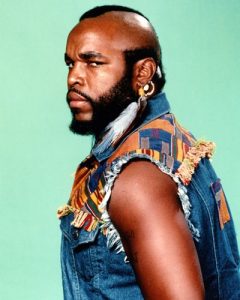 Just as this “Maverick” isn’t a Maverick – or even a truck.

Perhaps everyone is just . . . tired.

Ranchero would have been better.

Ford apparently wanted to associate the original Maverick’s low price with the new “Maverick’s” also-low price. Reportedly, it will sticker for $19,995.

And that is good – relative to price of actual trucks like the Ford Ranger, which stickers for $24,820 to start. It will also use much less gas – by dint of coming standard with a hybrid gas-electric powertrain (and FWD, with AWD available optionally). Ford says it should be capable of achieving 40 MPG in city driving, which is also very good.

What would be even better is a small truck that actually was one of those now-extinct creatures – which no one sells (here) anymore. Without the price-increasing hybrid drivetrain that applies the modern logic of spending money on the vehicle in order to spend less on gasoline. What would the “Maverick” cost if it didn’t have a motor and battery pack in addition to an engine? 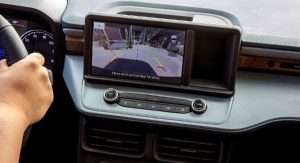 Not to mention costing nothing ten or twelve years hence, when the battery pack it didn’t come with – in our imaginings – loses its capacity to hold charge and so doesn’t cost you both gas mileage (which will go down, a lot, when the hybrid side stops hybriding) and gas money, which you would not have to spend on a new battery pack.

Trucks are supposed to last much longer than hybrid cars. This one won’t – because it is a hybrid car made to look like a truck.

The battery will wilt – because batteries always wilt. But a hybrid battery pack costs a lot more to swap out for a new one than the 12 volt starter battery that comes in non-hybrid trucks like the Ranger.

The good news is that Ford will apparently also offer the “Maverick” without the hybrid drivetrain and with a much more powerful 2.0 liter, 250 horsepower turbocharged gas engine. That’s much more power than the original Maverick’s optional V8 engine.

It will probably cost closer to what a base trim Ranger costs. And no matter what it costs, it will cost you capability vs. a real truck like the Ranger, which offers four-wheel-drive and the capability to go seriously off-roading.

What  might the “Maverick” cost if Ford offered it the way trucks were once offered – without standard AC but with wing vent windows? Without a standard automatic (CVT) transmission? 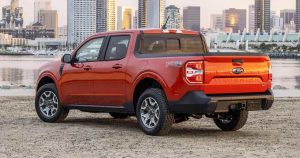 With just two rather than four doors? And a six foot (rather than a 4.5 foot) bed? How about a  manual transmission driving the rear wheels, with manual four-wheel-drive optionally available?

It would probably be closer to the cost of a real Maverick – in adjusted-for-inflation devaluated dollars.

And that would make it  more like what the original Maverick was – even if it wasn’t a truck, either.