CNN’s Jim Cramer has joined the chorus of idiots – or worse – demanding that the Biden Thing impose needles at bayonet-point, “by, say, January first.”

“Simple,” the man says – his cadences slowing to the word-by-word form one uses when lecturing the stupid: ” . . .(T)he federal government needs to require vaccines, including booster shots, for everyone in America.”

The “vaccines” that have proven not to immunize anyone but which were hard-sold at “warp speed” to people desperate enough (after two years of psychological torture at the hands of very sick people such as Dr. Fauci and his minions) to take a chance on them, having been told they would prevent them (and others) from getting this sickness? As opposed to merely lessening the symptoms of it? And not preventing them from getting or giving it?

The same “vaccines” that were hard-sold as being “95 percent effective” that we now know aren’t even 50 percent “effective”? But which have proved to be far more “effective” than any combination of prior vaccines – that actually immunized – at maiming and killing people?

More such jabs – or else?

This sick man urges “the military (to) run it.”

Picture it. Armored personnel carriers coming to every neighborhood; people locked in their homes. Body-armored troops kicking in doors and – inevitably – shooting American citizens to death who attempt to defend their homes, themselves and their families against American Einsatzgruppen cleansing the “unclean.”

And Americans shooting back.

It will come to that, if it comes to that.

Perhaps that’s what wanted. Perhaps it is what was always wanted. The “masks” and “lockdowns” were a kind of anticipatory punishment, a Skinner Box in reverse. The mouse gets shocked first – and then gets the food.  The idea being to keep the mouse in a state of perpetual anxiety, associated with a necessity.

Now comes the point of it all.

To use the military to threaten – to visit – murderous violence upon anyone who disobeys. On anyone who “hesitates” to obey. Obedience – mindless, cowering, abject submission – is the “cure” for what they have ailed us with. In the name of a sickness that has caused something approximating a .00-something-percent increase in the total number of annual deaths from all causes vs. prior years.

Not “20 million” – as prophesied in early 2020. Not the 10 – or 5 million – prophesied after that. In fact, less than 1.6 million – out of more than 7 billion. The former number sounding awfully big until placed in context with the latter number. And with other numbers, such as the 70-plus percent of those 1.6 million being elderly or sick and often both. Or just already sick, from things like diabetes and heart disease that often result in . . . death.

But how many deaths will result from siccing the U.S. military on the 30-possibly-100-million Americans who chafe at being ordered to submit to a “vaccination” that doesn’t immunize them – from a sickness that does not ail or threaten them – that carries with it very real and very serious risks?

Including the risk which attends the total surrender of their freedom to say no – ever again – to anything. Whenever the government declares a “health emergency” or for that matter (implicitly) any “emergency”? 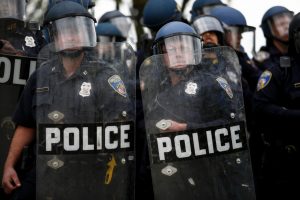 What kind of fool believes there will ever be an end to “emergencies,” in that case? It is hard to imaging such a being – at least, without assuming it is afflicted with a developmental disorder such as Down Syndrome – not seeing the inevitability enshrined in the acceptance of such an open-ended principle, or unable to grasp the obnoxious evil of presuming everyone sick in perpetuity and insisting they accept the violation of their bodies  a priori to “cure” it – with a “medicine” that no longer even feigns the power to do it.

Such fools are usually in homes – not on TeeVee, as this Cramer Thing is.

Which leads ineluctably to the even worse conclusion that these things are bought. Well-paid shills, whoring for an evil of such titanic comprehensiveness it surpasses the regional evil high water marks of the 20th century. Der Fuhrer and Uncle Joe – and later, Comrade Mao and various lesser comrades, elsewhere – were only able to visit wholesale, murderous evil – of life and liberty – upon the unfortunates caught within the borders of the countries they controlled.

These things aim to control the world.

And they mouth their evil through the portholes of other things, like this CNN Thing.

The game isn’t merely afoot, per Sherlock Holmes. It is being upped.

It is probably not coincidental that the CNN thing and other things have become publicly hysteric about the Suddenly Susan “Omicron variant” – and even more hysteric about the urgent need to deploy bayonets to get needles into everyone’s arms. Could it possibly be the case that these two developments followed within a week of other developments? Among them the court-ordered stay of the Biden Thing’s January Jab Decree? The growing resistance to these Jabs? The backing down of corporations, even, in the face of them? 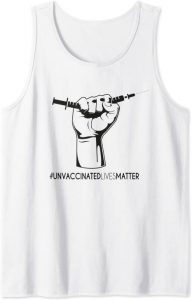 That 70 percent of the country despises the Biden Thing and all his evil works? Let’s Go Brandon! is doing one Hell of a job cheering people up – and making them feel  normal again.

Desperation breeds desperate acts. These things may sense it’s all coming apart before they can seal the deal.

The Fear Organ worked before. Perhaps it will work, again. Send that Cramer Thing another wireless deposit. Or remind him about the negatives we’ve got, a la John Roberts.

Bring out the harum-scarum.

And if that doesn’t work anymore . . . well, there’s always “the military.”

The last resort of Der Fuhrers, Uncle Joes and comrades of all kinds.

The good news here is fewer people are listening to the CNN Thing than like the Biden Thing.

Their ship is taking on water. Our job is to make sure it fills up.