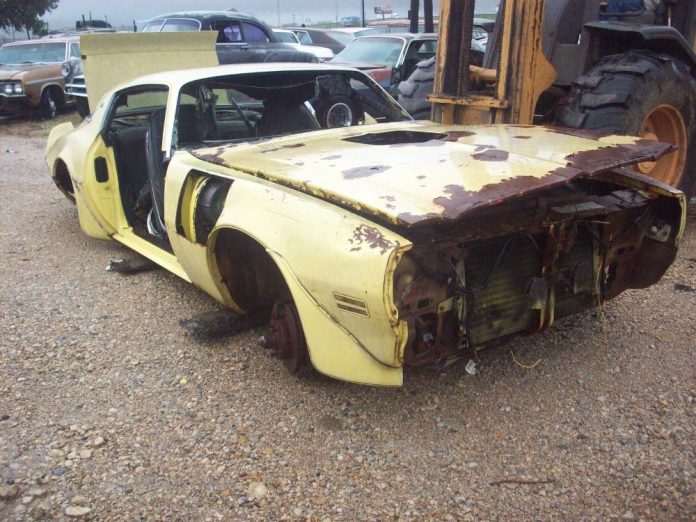 As people who know me already know, I own a bright orange – technically, Carousel Red – 1976 Trans-Am. I have owned it for a long time – some 30 years. It is not a concours-perfect restored show car. It is however in more or less the same overall condition it was in back in 1992, when I bought it at a now-defunct Oldsmobile dealership where some poor dude had traded it in on – god only knows – maybe a Bravada.

It was a one-owner, low miles car and all-original. By classic car evaluation standards, it would have qualified as a solid #2 car – meaning, one rung below a #1 car, which would be a car that appears as-new, with no apparent visual flaws such as chips or dings or faded anything and in mechanically-as-new operating condition, too.

The only way to possess a #1 car is to restore a #2 (or #3 or #4) car or to buy a #1 car, when it was a new car and keep it as new by never or almost-never driving it and keeping it stored in a garage where sun/weather will not age it.

My car is still a #2 car after all these years chiefly because shortly after I bought it, I bought a ’69 VW Squareback for $700 and drove it most of the time, while keeping the T/A out of the sun and weather. The Squareback is long gone, ruefully. It was an indomitable little rig that almost always ran, though it sometimes required a kick to the driver’s side rear quarter panel (to “re-set” the Bosch EFI system; VW was pretty much the first major car company to install EFI in mass-produced cars, way back in the late ’60s).

And I did not cringe when I saw the salt truck spreading sheetmetal death ahead of me. I loved that old VW but loved the fact that my TA wasn’t being eaten alive by rust even more. It still has almost no rust – excepting that slight paint-bubbling at the corner of the rear glass where water always got trapped and accelerated rust – even if the car was never driven in the salt.

This is nothing less than remarkable – as anyone who knows anything about cars from the ’70s and earlier already knows. They were just sort of slopped-together on the assembly line by indifferent UAW workers. Panel gaps and fitment issues that would result in a mass recall today (unless you’re Tesla) were typical back then. You were grateful if the paint job didn’t have someone’s thumb print in it. 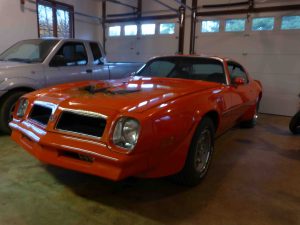 The metal underneath the paint was generally good for about ten years or so – often, less – before it turned to iron oxide flakes. The Youf will not recall but those of us who were Youfs back then do. The only realistic way to prevent any car of that era from not rusting beyond salvation was to do to keep it off the road and keep it from getting wet.

This of course being paradoxical – even perverse – as regards machines that were built to be used. In rain – and snow. Most were. Which is why most aren’t around anymore. The handful that are are cars like my car, which was owned by someone who didn’t drive it much and (clearly) never, if ever, in the snow or rain. It was near pristine when I bought it more than 30 years ago – and even then, it was more than 16 years old. Well beyond the usual lifespan of cars like itself. 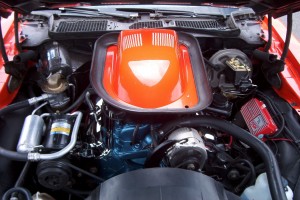 It is still nearly as pristine – less a few scuffs and dings acquired over the past 30 years as it was back in ’92. But only because I took care not to drive it much and never – ever – drove it in the rain, much less snow. I don’t even wash it except for once every five years or so – because water is death to those old cars. Instead, I use spray-bottle detailer, which gets the dust and grime off without getting water into the nooks and crannies.