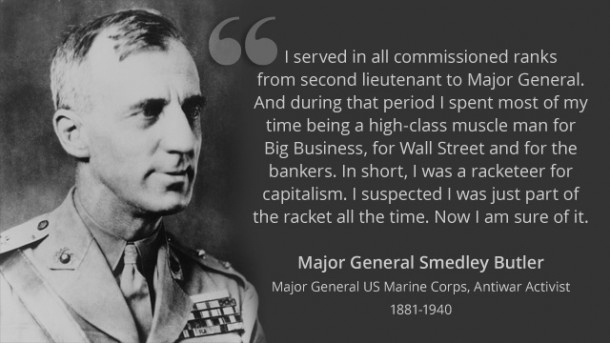 It seems to me the U.S. military – which might more accurately be styled the federal military – is simply the enforcement division of the federal government and the corporations that own and so control it.

Marine Major General Butler elaborated this fact some 100 years go, from the perspective of a top-level enforcer, who came to realize (and regret) his “service.” I suspect there are many such now but more who cannot deal with the fact and so suppress it by convincing themselves they are “fighting for freedom” and “defending democracy.”

But, I ask – and gently: How, exactly, has the federal military fought for our freedom?  Yours and mine? 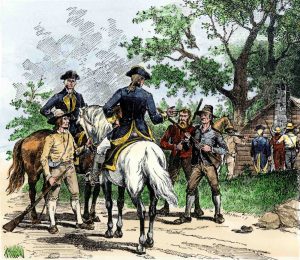 I mean since the War for Independence?

It did fight – or threaten to – after the war was over, to take away the freedom of rural American farmers who objected to being told they must pay taxes in currency they didn’t have, because they lived mostly by barter using the whiskey they distilled from the crops they grew. They did not see that they “owed” taxes to the federal government or anyone else, not having agreed to them.

Washington – the general – sent federal troops to make sure they did pay them.

Jefferson, not the federal military, served the cause of freedom – by repealing the so-called Whiskey Tax. 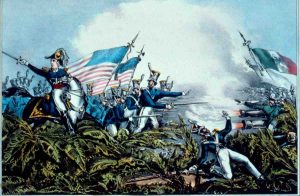 Post-Jefferson, the federal military was used to reduce the size of Mexico – and the Indian population – which benefitted some Americans, certainly. But was the ideal of freedom – the principle of leaving others be who have not caused others harm – furthered by double-dealing and violence? Or did it merely establish the fact of hypocrisy that – one day (our day) would return in the form of repercussions rooted in our own rueful acknowledgement that what was done wasn’t right and thus not defensible?

And that was before the most indefensible act yet performed by the federal military – that ugly business being the laying waste of the South in order to establish the hegemony of the federal government. 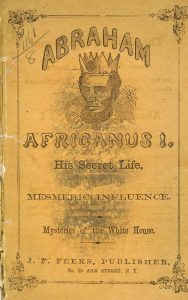 The head of that government, at the time, had the surreal audacity to speak of what his military was doing as serving to assure that “government of the people, by the people, shall not perish from this earth.”

A greater affront to facts is almost inconceivable. The people of the South had, after all, sought to secure precisely what the head of the federal government eventually took away from them by force of arms. That being a government of the people – of the South – who considered that the people of the North were bent upon taking away from them the right to govern themselves; i.e., of their freedom to chose their own government, as opposed to having one imposed upon them.

That freedom has been lost – and not just in the South. The entire United States is ruled by the federal government, which does largely and insolently as it likes with the remaining freedoms still possessed by Americans. Those being the few it hasn’t yet had time to take away.

How has the federal military prevented any of that from occurring? Or has it facilitated it happening?

“Our freedoms” – as they are styled – have been gang-raped by the federal government since that day some 20 years ago, when Americans didn’t fly airplanes into buildings. And then the federal government took away the freedom of Americans to board a commercial airplane without being handled like people who’d lost their freedom – after due process, in a court of law.

Without any due process at all.

Did it rise up to stop another president who declared himself to be the law? Who also declared that torturing anyone he liked was within the prerogative of the “Decider,” as he styled himself? 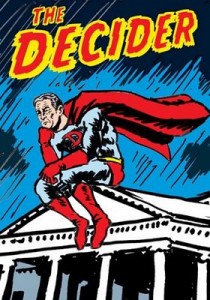 Did the federal military step in to prevent the almost complete loss of our freedom – including the most basic ones – when the federal government declared an “emergency” and the state governments that are beholden to it decreed that Americans no longer had any to speak of? That they must stay at home, imprisoned there? Ordered business owners to close the doors of their businesses without any compensation for the ruinous losses incurred?

Did not order the giant corporate-owned chains to close their doors? But did order every American to wear a “mask”?

What happened to the freedom of those who did not wish to wear a “mask”? Or the freedom of Americans to decide for themselves whether they wished to be around or do business with the “unmasked”?

The most basic freedom of all – to be free of government forcibly violating our bodies in a manner that is functionally equivalent to rape – is not one the federal military lifted a finger to prevent the federal government from doing. 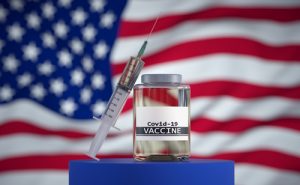 Even to the federal military, itself.

This is not to impugn the bravery or even the good intentions of many – probably most – of the people who have “served” in the military. But bravery – and good intentions – do not change the facts regarding the “services” they have performed. Many of the people who served in other militaries no doubt were brave and well-intended, too. Does it alter the fact of whom – and what – they actually served?