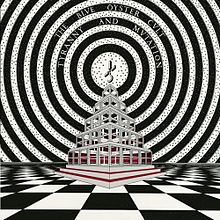 In honor of July 4 – the lingering spirit of it, if not the actuality – I decided to publish a “letter to Clover” as a way to show how anti-freedom people think. Maybe “think” is not the exactly right term to use to describe the mental processes of a Clover. It’s more a combination of primitive emoting and intellectual incapacity – in particular, an incapacity to think in terms of concepts and principles. The Clover sees something he doesn’t like, and reflexively emotes: “There ought to be a law!” He does not grasp the broader implications of “the law” he wants to see enacted – or he just doesn’t care, because he believes it will further some greater good – as he defines it. Dissecting the Cloverite Mentality is interesting in terms of understanding just what pro-freedom people are up against.

“yes Eric you discussed the evil police stopping to talk to you. The evil police that stop and check you for weapons before you board public transportaion. If they did not then hundreds would be killed. No Eric you do not give me examples you just call it an evil government. Give us some examples of innocent people getting beat up by police? I am sure you will come up with the handfull on the internet that have been replayed thousands of times. Fine if you disagree with a tax that helps others or helps everyone. Is that an evil thing or a decided decision made by people that are elected and represent us.”

Here’s my answer to Clover:

Clover … “talking to the police” is not the issue. Being forced to talk to the police when you haven’t done anything is.

In a free country, a person who hasn’t done anything – who is just “out and about” – has the right to decline to speak with a cop; to decline a search absent specific suspicion of wrongdoing based on some objective probable cause ; to decline to “show his papers” to a cop unless the person has actually done something to warrant being ID’d. To be able to go about his business without interference. To be able to tell a cop no – and for the law to support the person saying no, not the cop.

America is no longer a free country – thanks to people like you.

I believe human rights are inalienable – meaning, not negotiable or subject to “terms” decided by some arbitrary authority. You believe the opposite. You believe various “greater goods” (as you define them) are more important than any individual’s right to (among other things) be free to travel in peace without random stops/interrogations/searches “just to be safe.”

But it is much more than a difference of opinion about the nature of human rights.

My position amounts to a bullwark against the state; the Fourth and Fifth amendments were written as lines in the sand beyond which the government and its enforcers may not tread without key conditions – such as probable cause or a warrant issued by a judge based on specific evidence of wrongdoing – having been fulfilled first.

Yours is an open-ended invitation to limitless control of individuals by the state. Because once you admit the principle that the state may control people not because of anything they have actually done but on the basis of some generic “someone might do” you have ceded to the state limitless power, since anyone might conceivably do anything – and therefore, any measure is justified to prevent such “anyone” and “anythings.” This is how we got to the state we’re in, where dying 95 year old cancer patients in wheelchairs attempting to board a commercial flight are forced by pot-bellied 90 IQ government thugs to remove their adult diapers in the name of “looking for terrorists.” Where any failure to immediately cringe before a thug cop can result in your being Tazered – or much worse. Where the people are no longer secure in their persons and effects. Where unreasonable searches are the new normal…

Your small-minded self only focuses on some particular outcome that you happen to favor – such as “getting drunks off the road.” You’re not smart enough to understand that precedent always becomes principle. That once you make a single exception or qualification to a basic human right on the basis of some arbitrary/random criteria divorced from a specific cause specific to that individual, you have fatally undermined that right and set the stage for its demise.

If you had any knowledge of history, if you understood human nature, you’d see the pattern and understand that all of this has happened before and is destined to happen again for exactly the same reasons it has happened in the past.

It is tedious – and pointless – to continue trying to explain these things to people like you.

You won’t get it, ever – not even as they’re leading you off to a camp. And you certainly won’t object when others are led off to camps – they must have done something to deserve it.

It’s all to keep us safe, you’ll say. The government is our representative. It has our best interests at heart.

This is the essence of Cloverism – the mentality (and the type of person) responsible for the degradation of the American Republic. To restore that Republic, Cloverism in all its forms will have to be dealt with.

Your comments and thoughts will be appreciated… .