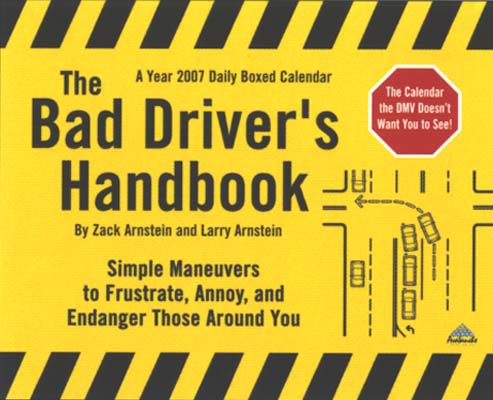 Could you be a Clover?

Maybe you don’t even know what a Clover is?

Here’s how to know :

* Do you use your rearview mirror?

Clovers tend to be oblivious to their surroundings – and in particular, of their fellow motorists. They don’t notice that their rear bumper has grown a tail six other cars long. The true dyed-in-the-wool Clover does notice – but doesn’t care. Either he’s “doing the speed limit”-  or the other drivers are “speeders.”

Those other cars stacking up behind him can wait. What’s their rush, anyhow?

* Back into parking spaces?

A behavior peculiar to Clovers is the reflexive need to back into parking spaces – after multiple attempts and always at an angle that makes the adjacent spot useless or (if another car is already parked there) forces its owner to enter his vehicle Dukes of Hazzard style, through the window – because there’s not enough space to open the door anymore.

Clovers have much worse than average depth perception and sense of spatial relationships, so when they roll up behind a bicycle, they will slow to the bike’s 10 mph crawl and Hold until they have at least another car width’s worth of room to attempt to pass by. This may not become possible for many excruciating miles. . .

* Apply the brakes at random?

Just like the blipping bioluminescence of a firefly, the Clover will signal his presence in the area by tapping his brakes for no reason, at random – even on open stretches of road.

Related: See-saw slowing and speeding up. The Clover never quite masters the High Skill of maintaining a given speed without the assistance of cruise control.

* Slow for School Zones even when school’s obviously out?

The Clover is born with a hinge at the base of his spine, near the pelvis – to facilitate reflexive genuflecting before any and all laws – even when the law at issue isn’t even operative. Thus, to a Clover, one must always slow to a Moped-like crawl when within a 5 mile radius of any school, open or not.

* Wait for the green light even when right on red is legal?

Clovers by definition lack initiative. Thus, they will park at traffic lights and wait – even if right on red is allowed and even if it’s infuriatingly clear to other drivers trying to get where they’re going that there’s no oncoming traffic. The Clover will wait…. and wait. And then wait some more. And thus, so will you.
When the light finally does go green, the Clover will invariably not notice for several seconds, long enough to make sure that at least two or three cars behind him that might otherwise have made the light won’t.

This is a Cloverish specialty de la maison. When entering a busy highway, stop on the on-ramp; then creep directly in front of traffic running 70 mph at no more than 15 or 20 MPH. It’s up to the other cars to make room for you. If another driver almost wrecks or spills his coffee all over his lap trying to avoid you, well – he shouldn’t have been “speeding.” So there.

Perhaps the signature characteristic of Clovers the world over is their adamant refusal to yield to faster-moving traffic. Ever. This act is what distinguishes the Clover from the merely slow/cautious driver. It is understandable that some drivers – the elderly, for instance – are not comfortable driving faster than the speed limit, or even at the speed limit. We may all end up like this someday. But the problem here isn’t the slow driving. It’s the obnoxious, passive-aggressive determination to force everyone else to drive slowly, too. The non-Clover will notice that others are trying to get by and will pull over, or move right to let them do so. We wave our hands in appreciative thanks. The Clover, however, will cling to his position like a leg-humping Lab. Flashing your lights will only egg him on; he’ll drive even more slowly. Some particularly vengeful Clovers will even use their Clovermobiles (typically, older Buicks or late-model SmooVees plastered with those little stick figure fambly icons) to physically try to prevent you from passing if you dare to try.

The true Clover, you see, is not merely a bad driver. He is a bad driver on a tear; angry at the world and in particular, anyone who who doesn’t view the world in through Clover-colored glasses. That would be anyone who doesn’t automatically worship The Law (any law; every law) or who isn’t consumed by a desire to make sure everyone else obeys The Law.

Hopefully, this isn’t you. And if it is you, why not just move over?  It’s not very hard – and you’ll feel better in the morning.