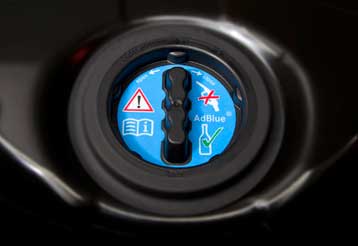 Diesel engines could deliver us – from high transportation costs.

There is no reason – well, no technical or economic reason – why consumers couldn’t have access to $15,000 subcompact economy cars powered by high-efficiency turbo-diesels capable of 70 MPG, 50 MPG family cars –  and 30 MPG trucks and SUVs.

Except for the only reason that ultimately matters most – government.

We do have the technology. In Europe there are already subcompact diesel-powered cars that rate 70 MPG. They’ve been in circulation for years.  For example, the VW Lupo – a two-thirds scale Golf powered by a 1.2 liter, three-cylinder diesel. The car only weighs about 2,100 pounds and – not surprisingly – delivers better than 70 MPG.That’s easily 20 MPG better a Prius hybrid – and for about $10,000 less up front, too.

Its successor, the Polo, is only slightly less consumptive.

Neither is available here.

European diesel models didn’t comply with various federal ukase (emissions and bumper-impact) and the cost of modifying them to comply so they could be sold here was too high to make it worth bothering with. So we don’t get them.

These models have many virtues, but economy is not among them.

Also because of Uncle, all diesel-powered cars (high end and moderate end) now have to be topped off with pee – literally, pee – every couple of weeks. The pee – politely called urea and then re-branded again to more appetizing-sounding things like AdBlue – is contained in a special separate tank from which the fluid is drawn and then sprayed into the exhaust, to chemically alter the exhaust byproduct in such a way that Uncle is pleased with the end result.

It’s not just repellent – it’s another expense. The urea (depending on the model and how much you drive) may cost you another couple hundred bucks each year, on top of the higher up-front cost of the diesel engine (and the higher cost of the “clean” diesel fuel at the pump) which further chews up whatever economy advantage you’d otherwise get with a diesel engine over a gas engine.

And that’s not all, folks. Of course it isn’t.

The urea-fed “clean” diesels are also not as economical as the old, non-Golden Shower diesels. In fact, diesel-powered cars are the only class of vehicle whose mileage is going down – not up. Example: The 2012 VW Jetta TDI is rated by the EPA at 30 city, 42 highway. But 15 years ago, a 1996 Jetta diesel was returning 34 city and 44 highway. This, despite the ’96 model

not having the current (2012) car’s technology advantages, including a six-speed transmission with steep overdrive gearing vs. the ’96 model’s old-school four-speed transmission. People who can remember the ’70s may recall the old Rabbit diesel. It was a solid 50 MPG’er… 30 years ago.  Nothing we have – that is, nothing that’s available new – can touch this. At least, nothing that’s not an overpriced hybrid. And hybrids – unlike diesels – don’t last 400,000 miles.

It would be funny if it weren’t so tragic. No wait, so god-damned stupid.

The clowns in charge want us to “save energy” – so they make cars less efficient. They say they want to make cars more efficient – and end up making them more expensive. This is what comes of having arrogant know-nothings pulling levers whose function they do not even begin to comprehend. Is it not breathtaking? The spectacle of a wheedling “community activist” lawyer issuing engineering fatwas? Do you suppose that Barry B. (or Johnny B.) have any clue as to the principle of 4-stroke combustion? Would you be willing to bet that either of them can tell you what an Otto cycle engine is? And compression ignition? If that were the final round question on Jeopardy – and Barry B. and all the rest of them were at the podium – do you think even a handful would be able to come up with the answer?

Well, now you know the answer why cars cost more than they ever have (and rising) and why current diesels make no economic sense and deliver fewer MPGs than their ancestors of 20 or even 30 years ago.

Insuring the Driver – Not The Vehicles