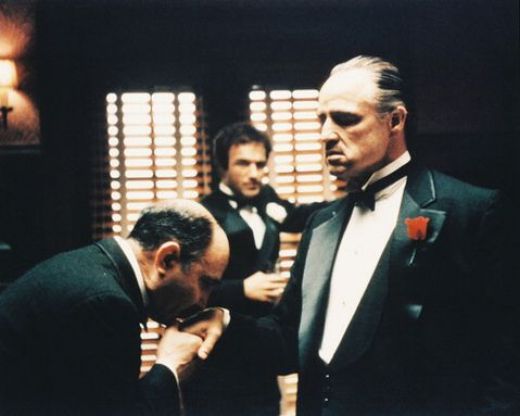 What it means, essentially, is that it’s easy to allow one’s emotions to supersede reason – and set a terrible precedent for the future. Such is the case as regards the Executive Sanction just carried out against the thoroughly unappealing – and probably deserving – Anwar al-Auluqi. It is easy – dangerously easy – to relish in the termination of this apparent baddie. Only Ron Paul took note of the key fact; the wheel turning – the thing that may (no, that will) come back to bite us one day: The president has asserted – and we have accepted – his authority  to have people killed on his say-so. And not just “people” – specific individuals, even if they are American citizens.

And the rule of law officially – explicitly – null and void.

Hard cases make bad law. And in this case, the law being made is that the president, personally, has the power of life and death over us. He may, at his whim, order us killed. Oh, yes, I know. Only “terrorists” need worry. Al Towelhead was a bad guy and if you are not a Towelhead or a bad guy out to steal our treasured freedoms then you may sleep soundly at night knowing our current Great Decider is keeping you safe.

Until he decides otherwise, of course.

And that is the measure of the disaster that has just taken place.

America has not been a “country of laws, not men” for many years but now it’s official. The state’s fangs have been bared. Within living memory, presidents and congresscretins were at least nominally bound by law. They paid lip service to it and if caught transgressing, there was usually embarrassment if not punishment – and for awhile, the abuse would stop or at least be dialed back a little bit.

Now, not even a letter d’ cachet is required. All that is required is for the eye of Obama (or that of his successor to the purple) to fall upon you. Improbable, you say? Idiot, sez me.

Idiot, because you – if you believe you’re safe – believe that the laws of human nature do not apply to our Great Leaders, merely to Great Leaders of other countries, who are not spayshull like us. Idiot, because – if you believe you are secure – you believe that precedents don’t set policy. That once established they are always and inevitably expanded upon. That once any individual is subject to arbitrary state terror any of us may be subjected to arbitrary state terror – and the only thing holding it back (for the moment) is that the eye of Obama has not (yet) fallen upon you and yours.

No more is there the restraint of procedure, of the submission of evidence to a jury in open proceedings, to weigh against the charges leveled. Indeed, charges are no longer required – let alone a finding of guilt based upon evidence.  Merely:

Ah ahm the decider! And ah have deecided!

Oh, surely, it is now enunciated in a more polished and highbrow manner by the current Don. But it is the same thing, essentially. I decide. From Lincoln to Hitler to Bush II to The Constitutional Scholar: Fuhrerprinzip. Power flows from on high, incarnated in the person of the leader.

I am being hysterical you say?

Yes, I am. Because I see where this is headed and what it will come to mean for all of us, eventually – or for any of us, that is, who might find ourselves described as “domestic extremists” for disbelieving in the principles of IngSoc and expressing criticism of the same.

For what, friends, will stay the hand of Obama, et al? Charity and goodwill? A perfect sense of fairplay? Why, we don’t need no stinkin’ laws… so long as good Christian men like George W. Bush … oops. Well, er… maybe good Muslim men… er…. uh… well.

Perhaps you see the point?

The tendency toward the arbitrary use of force has been latent in American government for at least 100 years but now we’ve turned a corner and made it openly our policy. Or rather the policy of the individuals who control the machinery of  organized force. That is, of the Dons who control what has become the cosa nostra in Washington.

What was it that Martin Niemoller said?

First they came for the communists,
and I didn’t speak out because I wasn’t a communist.

Then they came for the Jews,
and I didn’t speak out because I wasn’t a Jew.

But I find the following quote taken from the great play, “A Man for All Seasons,” spoken by the Thomas More character, more apt:

William Roper: So, now you give the Devil the benefit of law!

Sir Thomas More: Yes! What would you do? Cut a great road through the law to get after the Devil?

William Roper: Yes, I’d cut down every law in England to do that!

Sir Thomas More: Oh? And when the last law was down, and the Devil turned ’round on you, where would you hide, Roper, the laws all being flat? This country is planted thick with laws, from coast to coast, Man’s laws, not God’s! And if you cut them down, and you’re just the man to do it, do you really think you could stand upright in the winds that would blow then? Yes, I’d give the Devil benefit of law, for my own safety’s sake!

But I doubt  one out of 1,000 Americans is familiar with the play.

Though I suspect perhaps Obama is.