This first day of the 2010 Alaska State Fair starts with sunny skies and a brutal assault by security personnel on an elderly (and apparently disabled) LaRouche supporter.

An unidentified Alaska State Trooper arrives to physically disperse the crowd, and at several points during the conflict, crowd members yell in support of the demonstrator’s right to speak his message. The demonstrator’s personal firearm is confiscated by fair security, and he is held captive until Palmer police arrive to escort the man away in cuffs. 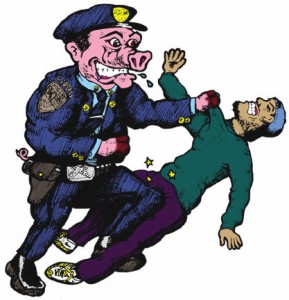