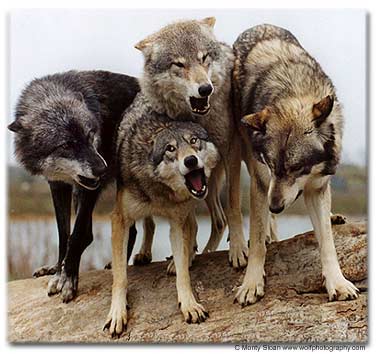 The other night I was watching a debate on TV about the federal budget debt. Each one of the panelists spoke in terms of “we.” We need to do this or that – and so on. This has become normal speech even though it betrays something very abnormal about our society. What I mean is, the causal acceptance of collectivism.

I’m in my mid-40s. I can remember a time when commentators spoke of the debt, the military – and so on.

The individual no longer matters. It’s all we all the time – even though it’s (as always) a certain few such as Mitt Romney (or Newtie or Barack or your local would-be Barack or Newtie) who so naturally and casually presume to represent we. And for the most part, we let them get away with it. We do not challenge the premise. It is taken as a given that we need better schools. More police. Or “fiscal discipline” . . . to be provided for, of course, with your money and mine.

It is just a question of how we will achieve this.

Whatever happened to leaving you and me free to decide for ourselves (or in voluntary cooperation with one another)?

The answer, of course, is that the political-economic-social system you and I are living in forces us to war with him and her – and they and them with us. Because we’re all bound up into various groups vying against other groups for a slice of government power or boodle, or to forcibly control members of other groups. It is like a wolf pack dominance hierarchy – with each wolf snapping his jaws at the carcass as a claim and a threat to the other wolves. And it is all made possible because the government has become an omnipresence, intruding into every corner of our lives such that we are never free from its grasping coercion, even in the privacy of our own homes.

Like the wolves, we have become part of a collective whose operating principle is violence, with the goal being to inflict it onto others and avoid having it inflicted upon us.

We needed health care reform in Massachusetts. It was the right thing for us to do, he says. Newtie and Barack and the rest of them say similarly plural things. Always we. With you and I ultimately facing the snapping jaws – and the barrel of a gun – if we happen to disagree with we.

The lone wolf – the individual – who might prefer simply to be left in peace – confronts the Hobson’s choice of being eaten by his fellow pack members … or joining them and using their collective power to feast upon others.

And so, we need “health care” reform. We need a “strong defense.” We need better schools for our kids. If you don’t have any kids, or any interest in sending armed men to kill people you’ve never even met who never bothered you in countries on the other side of the planet, or aren’t interested in anyone’s “health care” except your own … well, too bad.

Candidates for office easily accept the role as head wolf, doling out the slabs of meat to whichever of the pack makes its needs most urgently known, or which the head wolf favors. It is, quite literally, a feeding frenzy. There is no longer even a debate about whether and how far the government ought to transgress against the sovereignty of the individual. It is only a question of which individuals, as members of a collective, shall impose their will on members of some other collective. The rule of the stronger. This is what campaigns and elections are all about in a democracy. There is no fundamental disagreement about the essential nature of the thing. The wolf pack leader (that is, the office-seeker or lawmaker) stands at the podium describing how he will reward his pack and implicitly, how he will punish his enemies, or the enemies of his pack. He rails against his opponent pack leader, who meanwhile just as vehemently urges his pack to steer clear of your pack because he will do a better job of providing for their needs. And a better job of punishing the opposing pack.

The story goes that Ben Franklin objected to the adoption of the eagle – an opportunistic predator – as the symbol of the new republic. He preferred the turkey – a peaceable, industrious bird. He considered it the proper symbol of a government limited to protecting individuals against the violence of other individuals, including violence administered via The Vote.

Franklin, of course, was over-ruled.

And of course, so were we.