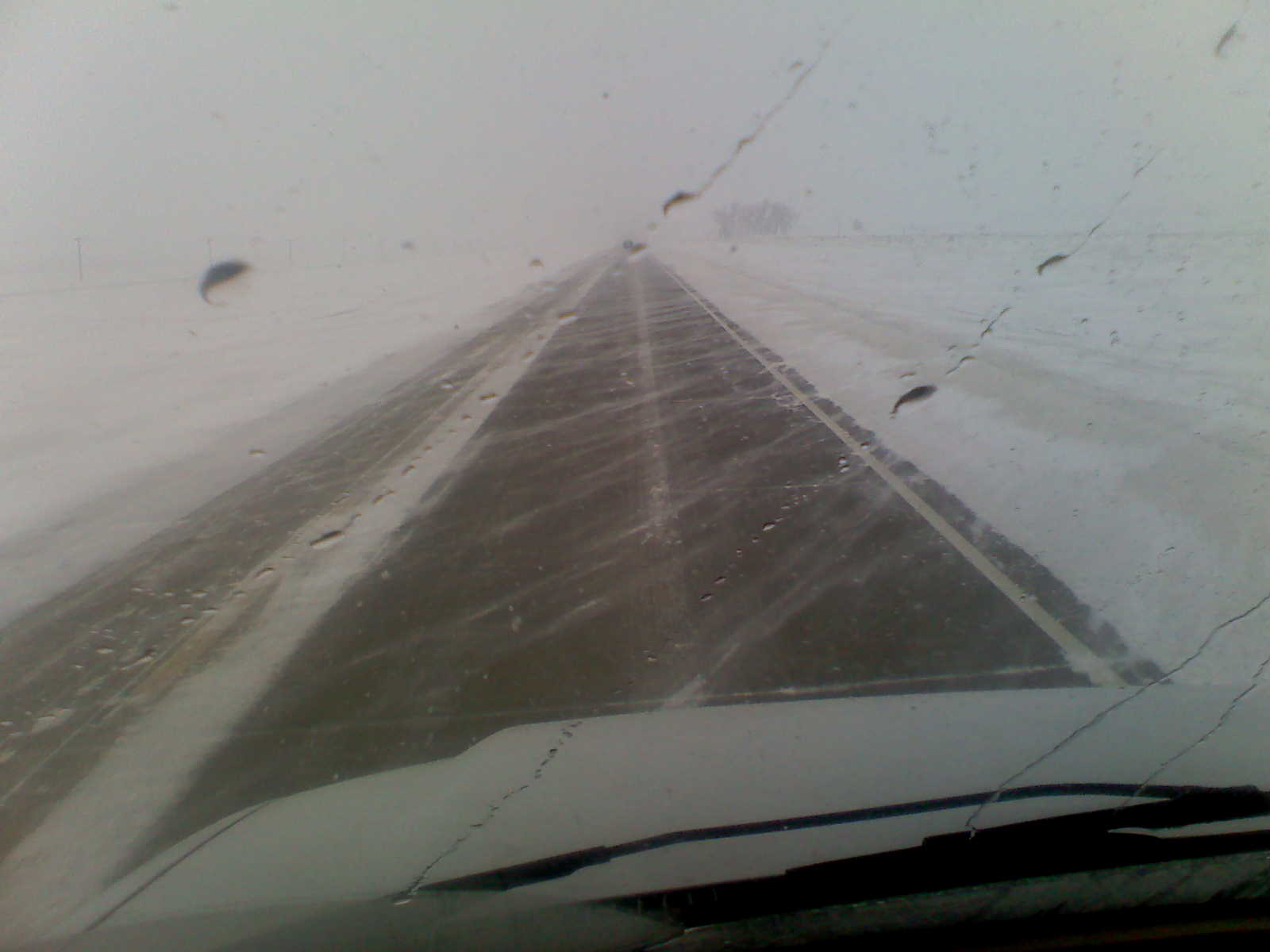 I’ve done a lot of driving in all kinds of different conditions, from the sublime to the brutal, in thousands of different types of vehicles -everything from a UAZ Soviet military truck to a Jaguar XJ220 supercar back to a Geo Metro after a week in a Viper ACR. I’ve spent hours on empty stretches of highway near Regina in the biting cold of  Saskatchewan of Canada – and endless hours of frustration in bumper-to-bumper in DC Beltway  gridlock. I’ve been off-road, I’ve been on-track and lots of places in between. It’s a decent CV for offering some advice from experience about driving in winter.

First, follow Clint Eastwood’s advice and know your own limits –

There are people who should just not be out on the roads when it snows. There’s no shame here – unless you’re too pig-blind proud to be honest with yourself and act accordingly. By staying off the roads when it snows. It’s interesting that while very few people who are 40 pounds heavy and who couldn’t run 20 yards without stroking out will describe themselves as “athletic,” almost everyone thinks they are a “good driver.” Well, then where did all those people who obviously can’t drive come from? If you notice there always seems to be a long line of cars riding your bumper; if you find other cars are constantly trying to get around you; if people are flashing their lights (and shaking their fists) at you; if you’ve had multiple “accidents” over the past several years . . . then maybe it’s time for a re-assessment of your own abilities behind the wheel.

Next, know the limits of your car –

A very talented driver can compensate to some extent for a marginal winter-weather car. Put that driver in a rear-wheel-drive unit with all-season tires and he will still do better than a Clover in a front-drive car shod with Blizzaks. But not even a great driver is likely to make it through a foot of freshly dumped snow in a new Corvette. And here we come to an important thing to know: Many new cars – including four-door sedans and wagons – are often quite Corvette-like in terms of having minimal ground clearance and sport-minded “summer” tires. Even if the car has AWD, as many new/late-model cars (and crossover SUVs) do, “summer” tires and low clearance will get you stuck faster than quoting the 4th Amendment will get you a wood shampoo at a sobriety checkpoint.

Before the ’90s, for the most part only a few high-performance cars had really high-performance tires, or sat really low to the ground.  Today, it’s the default setting – especially if the car is ordered with the very common “sport” packages  the car companies offer.

You can easily fix the tire issue by replacing high-performance “summer” rubber with all-season or even snow-rated tires (like those Blizzaks) for the season. But you can’t do much about ground clearance, if your vehicle didn’t come with much. No matter how good the tires, no matter how potentially tenacious the AWD (or FWD), if your car rides low, it’s gonna ride up on packed snow – and the traction will be low. General rule: If the road are not freshly plowed or if there’s more than a few inches of snow on the ground – and you don’t have a 4×4 truck or SUV in the garage – then you should probably not go out.

You might have the perfect snow-assault vehicle but if it’s only got a quarter tank – because you forgot to tank up the day before – and you encounter a Clover Cluster, you could end up just as stuck and possibly even worse-stuck than the Clovers all around you, because at least they can theoretically get going again once the traction improves. But if you’ve got no gas, you ain’t a goin’ nowhere, big boy.

It is always smart policy to keep the tank topped-off, even in warm weather. A full tank is less prone to the accumulation of condensation (water)  and (if the car is RWD and especially if it is a 2WD RWD truck or SUV) a full tank will put some helpful weight on top of the drive wheels, which will help them bite better.

But the main reason, in winter, for keeping the tank as full as possible is to reduce the odds of running out of gas – and thus, heat as much as transportation. Few things are as miserable – or as potentially dangerous – as being caught far from home, or fuel, on some traffic-jammed highway or back road with a gas tank headed toward empty fast.

A full tank of gas is good. Even better is having some warm, heavy duty gloves, a wool hat (7-11 stick-up man units that cover the whole face except holes for your mouth and eyes are the best), boots and rain-resistant warm jacket of some kind in the trunk for just-in-case.  Also a small entrenching tool (takes up less space than a shovel but serves the same purpose) and – don’t forget this, ever – an extra jug of windshield washer fluid to top yours off when it runs dry. Be certain your blades are in good shape, too. Ideally, before the snow actually hits.

Now, the practical driving trips; what I like to call the Big Three:

Apply the brakes gradually and progressively. Even if the car has ABS. Because while the wheels may not lock, sudden hard braking will cause sudden weight transfer, which is one of the things that results in loss of vehicle control. Don’t jerk the wheel or jab the gas pedal, either – for similar reasons. If you find yourself on ice, try to ride it out without touching either the brakes or moving the steering wheel.

Start reducing your speed before it becomes absolutely necessary to reduce your speed. If there’s a  signaled intersection up ahead, drop your speed long before you reach it so you don’t have to choose between trying to punch your way through it if the light goes yellow or trying to stop before it goes red.  Brake before you corner, not in the middle of it. Power on in the corner; not too much – just enough to plant the drive wheels and/or  transfer weight (and traction) to the rear.

Do not stop on grades. Even – especially –  if the car starts to slide a little, do not brake. Maintain forward progress at almost all costs because if you do stop, you will almost certainly get stuck – and you will be the Clover who just jammed up the road for everyone else coming up behind you.

That ought to get you started – and Motor Gods willing, get you through.