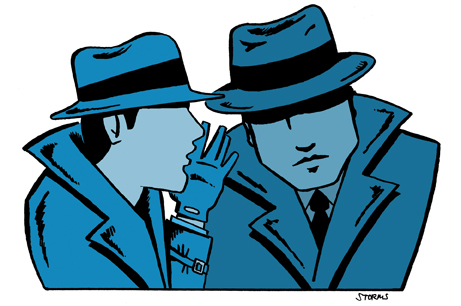 There is probably a rule against what I am about to do. As a guy who makes his living writing articles about cars – and reviewing new cars – I surely flirt with nacht und nebel for revealing the following:

* There aren’t any shitty cars anymore –

At least, not like there used to be shitty cars. Sure, there are new cars that don’t sell well – or which are ugly. But that’s different. I mean cars that literally began to fall apart within a few months of purchase – or even sooner. There is no modern analog to rolling class-action lawsuits like the early ’70s Chevy Vega with the aluminum engine that GM was too cheap to sleeve and which, accordingly, often required as much oil as it did gas before the new car smell dissipated. Or a mid ’80s Yugo. Or anything like that. Sure, sometimes a new car will have bugs. But it’s rare to find one that’s deeply, fundamentally fecal in the way that was once common. All new cars are also covered by comprehensive warranties that last at least three years (worst case) and, increasingly, as long as five years and 50,000 miles – with the major parts (engine and transmission) usually covered for longer.

Every automaker still selling cars today has a quality/reliability level that would have seemed literally unbelievable 20 years ago. The bar for “par” is so much higher now that second (and maybe third) tier scorers on customer satisfaction surveys are probably building cars that are more reliable than the best stuff you could buy back in the ’80s. What all this means is your risk as a buyer is much lower than it’s ever been. And accordingly, you should cast a very wide net when shopping – and consider all makes/models, not just the ones with the perceived best reputation. Because while some are still better than others – they’re all pretty damn good.

* There is no such thing as a slow new car –

Any new car can hit at least 100 mph on top; only a few can’t reach 115-120. Anything with a V-6 is usually capable of doing 130 – or more. There isn’t a car being sold right now * that can’t comfortably cruise at 80 or even 90 MPH – more than fast enough for the fastest legal driving you can do for any length of time in the United States. They are quick, too. The average new economy car gets to 60 in about 8 seconds. Mildly sporty ones are typically in the sixxes. Five second (or quicker) cars are common now. Historically, that’s exotic car territory. But you can pick up any one of several new cars priced under $30,000 that are capable of that level of performance. The most lethargic new cars need about 10-11 seconds to get to 60 – which for perspective is as much as twice as quick as the slowest cars of the ’80s and not far off the pace of the quicker cars of that era.

* Your new car can probably out-drive you –

Unless you’re a very good driver – naturally skillful and with some real training on a track behind you – your car’s limits are probably higher than yours. The higher you go up the food chain – from average cars to high-performance cars – the more extreme the disparity. A current-year performance car has as much or more cornering power as a full-on race car of the not-so-far-gone past. Unless you happen to be a race driver, or have some race driving experience, you’ll reach your limits long before you reach the car’s limits. This has it’s good and its bad points. On the one hand, an average driver can go much faster without pushing himself – much less the car – too close to the edge. He can experience speed – especially lateral speed – that was inaccessible to previous generations (who weren’t reckless or suicidal). It’s pretty easy to go very fast in a new car. Almost any new car. This was not true in previous years. Before the ’90s, it took real skill to drive an average car at a rapid clip, especially in a corner. It was fairly easy to get in over your head, too.

Today, you have to be really pushing it to get near Trouble. And of course, most people don’t. We have all this capability, but to a great extent it is massively under-used. And so, wasteful – and thus, stupid.  Also, because the capabilities of modern cars are so high – and the skill of the average American driver so low – new cars are heavily idiot-proofed. This makes it harder to access the car’s actual limits – or test your skill as a driver – if you do know what you are doing behind the wheel.

But the real revelation here is that criteria such as “handling” that you read about in new car reviews is mostly an abstraction.  Most of the car journalists doing the testing are only marginally better drivers than you are – and some are worse. I’m telling you from direct personal knowledge. A few of these guys are barely able to walk anymore, let alone drive – let alone drive fast.

So, know this: Any new car you might buy can corner, stop and take a curve at a pace that’s plenty satisfactory for any driving you might do in this country that’s within the bounds of legality – and probably also, your own skill as a driver. Worry more about the ride. And whether you like the seats – or the stereo.

The rest of it has already been taken care of.