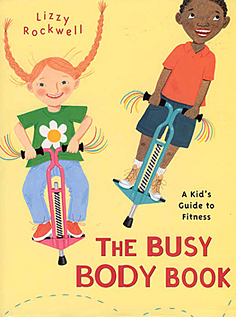 Mandatory buckle-up laws set the precedent: Even your own body in your own car is no longer your own personal space.

Here’s how it works: The government decides that whatever it is you’re doing is “unsafe” – not specifically in your case, just generally – maybe, might be, could be – then asserts the legal authority to criminalize whatever it is you’re doing. Which means, it asserts the right to arrest you at gunpoint and threaten you implicitly and perhaps explicitly with lethal violence in order to force you to submit and obey. That is, to comply with the order. Failure to do so being sufficient provocation for the unleashing of escalating levels of  violent over-reaction. All the way to the end point of shooting you, if need be.

Now they’re coming for your cigarettes.

A study just released by the CDC (see here) characterizes second-hand smoke as the latest threat to “safety” – and of course, “the children.” It urges what you’d expect: That it be made illegal to smoke in your own car, at least, if “the children” are present and possibly even if they’re not. For as any smoker knows – as anyone who has shopped for used cars knows – any car that has been smoked in retains the essence of the Marlboro Man for years, even decades after the last butt was crumpled in the ashtray. There is no way to objectively tell whether a car was smoked in  last week – or 10 minutes ago. Hence, it is likely that any evidence of smoking – ever – will presently become  sufficient excuse for the police to issue tickets, stop people at gunpoint and perhaps even confiscate their vehicles (as is routinely done when another form of smoke is discovered).

“There is no risk-free level of exposure to second-hand smoke,” the CDC study states with authority. Except of course that’s anthead nonsense. Is the CDC really going to claim that, for example, a teenager who buys a used car that was smoked in previously is exposing himself to a measurable danger thereby? Or that if he accepts a ride in an adult’s car – said adult having smoked a cigarette a few hours previously – that the kid has thereby increased his risk of becoming emphysematic or developing lung cancer? It’s absurd.

This isn’t a defense of smoking. It’s a plea for the restoration of sanity. Please, people – how about some perspective – and proportion?

Notice the quasi-religious aspect, too.

You can almost hear the high-pitched sermonizing of these latter day secular Elmer Gantrys. “The car is the only source of exposure for some of these children,” says the CDC’s Brian King. “So if you can reduce the exposure, it’s definitely advantageous for health.”

For liberty (and reasonableness) not so much.

As with the jihad against alcohol – which metastasized from reasonable concern over cavalier attitudes toward drinking and driving into the absurd characterization of any drinking before driving as “drunk” driving –  smoking cigarettes anywhere, anytime, has been demonized as an evil on the order of pederasty that must be extirpated by any means necessary. It is no longer enough that smokers refrain from smoking in public areas. If there is any chance whatever that a non-smoker might catch a whiff, then it becomes a matter of public concern. Hence, smokers are already prohibited from smoking even in their own apartments or condos – and yes, even on the steps of their own porches, too. After all, someone might be exposed to second-hand smoke.

Shortly, you will not even be permitted to smoke in your own vehicle, for the same reasons. Doesn’t matter that you have the windows rolled up – and don’t have kids, for that matter. What about the poor attendant at the parking garage who might be exposed to the dangerous remnants of your anti-social choice to smoke? Or the child who might buy your ex-car three years from now? It’s no exaggeration. It’s depressing reality.

And it’d be comical – if it weren’t so tragic.

Peddling cigs to kids is one thing. Criminalizing adults for “exposing” a kid to a distant whiff of this morning’s Lucky Strike (or last year’s Lucy Strike) is quite another. The erosion of our personal space continues apace – and it will not end until we have no personal space left –  because in the minds of the collectivist thugs who control this country, there is no such thing as “personal” space. Anything you do could – conceivably – affect someone else. It need not be a specific, demonstrable harm – the standard of long-gone America. Just a theoretical “risk” – however vague, non-specific and generalized – will do just fine.  And it is going to become the all-encompassing rationale for total state control within the next 24 months, once Obamacare becomes the duly anointed “constitutional” law of the land. Nothing you do – not your recreations, not your dining habits not even your bedroom activities – will be outside the reach of “interstate commerce” and so, proper subjects for close and careful monitoring by your caring parents in loco in Washington, DC.

I’m at the point of packing my bags. How about you?