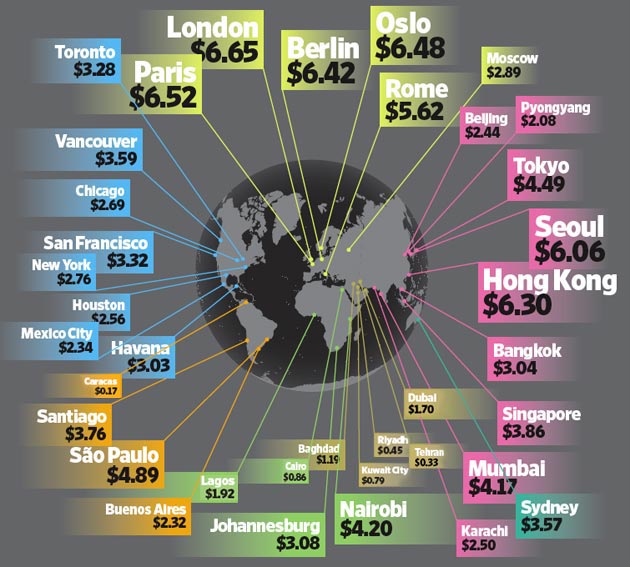 Newtie won’t bring you $2 gas – and forget about BHO. He wants to bring you $8 gas – in line with what Enlightened Europeans pay. But there is a way to fill your tank for about $2 per gallon – using the Fed Funny Money in your pocket, too. 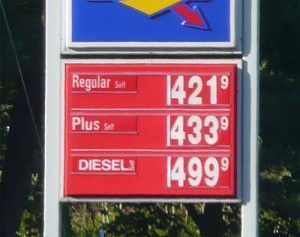 Just drive across the border.

It’s what a growing number of Arizona drivers are doing, according to a March 20 article over at myfoxphoenix.com (see here).

They’re willing to brave the Mexican banditos in the border towns – in order to do an end-run around the American banditos  in Washington.

Gas prices are so much lower in Mexico for a number of reasons, including government price controls – but the point to be taken is that physical scarcity is not an issue south of the border. There is an ample supply of oil. If there weren’t, the prices would be going up everywhere, not just here.

There is plenty of oil here, too. But the difference is the (note, not our) government has done just about everything conceivable to thwart exploration and development, creating a contrived shortage. No one can say how much oil is in the ground (or under the sea) if we’re not allowed to look for it. 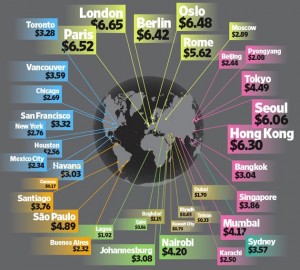 The (again, not our) government also imposes Byzantine requirements that fuel in different parts of the country at different times of the year contain different types and quantities of various additives (such as ethanol oxygenates, a fancy-sounding way of obfuscating taxpayer-financed giveaways to politically powerful agricultural cartels) further bolixing up supply.

Instead of “just gas” there are multiple different types of gas, each of which must be kept separate from the others in the pipelines, tanker trucks and so on. This adds considerably to the cost and not just mechanically. Because gas has a shelf life, the refiners only produce enough at any given time to meet estimated short-term demand. The differing requirements for different regional formulations and additive packages put pressure on the refiners to make smaller batches of each type, which can lead to short-term shortfalls if actual demand exceeds projected demand. If a given refinery is making Batch X, it’s hard for it to stop the presses and make some more of Batch Y – at least, until they’ve cleared out all the Batch X.

Which is part of the reason why gas is cheaper there. Not just to buy – but to burn, too. Because it’s 100 percent gas – not 90 percent gas and 10 percent corn alcohol (ethanol). Your car will travel farther on a gallon of gas than on a gallon of 90 percent gas and 10 percent ethanol because gas contains more energy per volume than alcohol does. If you live in an area where it’s possible to buy real gas as well as the ethanol-adulterated stuff, try this experiment: Fill your tank with the real stuff and keep track of your mileage; then do the same with a tank of the corn lobby’s finest. You’ll discover you’re back at “empty” after having driven about 5 percent less – when you’re burning 90 percent gas plus 10 percent corn.

Thanks, ADM – and don’t forget to thank your ADM bought-and-paid-for Demopublican “representative,” too. 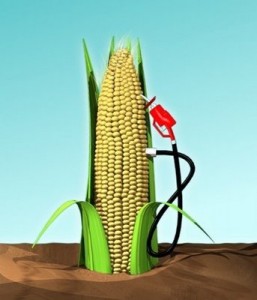 The Mexicans are able to provide for all their internal needs – at about half what what Americans have to pay – and still have a huge surplus available for export. Much of it goes to us – but not at Mexican prices, of course. We get it after it’s been marked up and adulterated to conform to U.S. standards.

Petroleous Mexicanos (Pemex), the Mexican version of ExxonMobil, hasn’t got to contend with the EPA – let alone Barack Hussein Obama. If there’s oil to be extracted, the Mexicans extract the oil. Apparently it strikes them as odd to decline to make use of the material resources available. The Mexicans are not nationally suicidal, in other words.

If we want a decent, pre corn-lobby can of Coke – with sugar, not high fructose corn syrup – we have to buy it from Mexico. And if we want an honest $2 gallon of gasoline – not 90 percent gas and 10 percent something else – we’ve got to make a run for the border, too.

Aren’t you proud to be an American? Where at least you know you’re free?