Old bikes, like old cars, are neat. But also like old cars, owning one involves some challenges. If you’ve never bought an old bike before, here’s a Thought List of things to consider before you take the plunge: 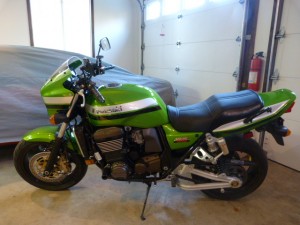 * Can You Handle Maintenance?

One of the weird things about motorcycles is that they get officially “old” faster than cars. There are dealers who won’t work on bikes older than about ten years or so – which is barely middle-aged for a late-model car. Part of the reason for this is bike model cycles are much shorter. When a new car is introduced, it usually isn’t significantly updated for five years or so. But an “all-new” bike might be two generations old after five years have passed. If your machine is more than 20 years old, it’s an artifact. The dealer’s technicians may no longer have the tools – or the training – to work on it. In which case, you’ll either have to find a shop that specializes in older stuff – or learn to work on it yourself. If it’s ten years old or older, probably you will need to learn about carburetors.  If it is more than 25 years old, you may need to learn about points.

The upside is that older bikes are usually simpler bikes and so easier to work on than newer bikes. Most bikes over ten years old will not have a computer, for instance. It’s just a simple mechanical device with a simple electronic system – stuff you can learn to handle yourself with fairly basic tools and a good shop manual.

* Can you deal with quirks? 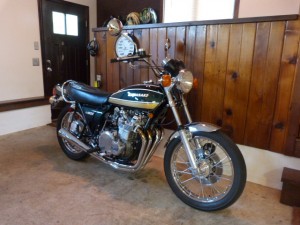 Older bikes are a lot like older people in that they have quirks – and can be irascible, unless you know how to manage those quirks. For example, you may need to learn where the choke sweet spot is to get the thing running on a cold day. It’s not like a new bike that you just turn on. Often, there’s a procedure you’ll need to learn – and follow. Some old bikes will just do randomly strange things, too.  One of my old bikes – a ’76 Kawasaki Kz900 – will every once in a blue moon just die.  The engine will quit, all lights and gauges off. This is great fun at night when descending a windy country road. It’s just the main fuse. For some reason that I have never been able to diagnose let alone fix, there is a once-in-a-blue-moon voltage spike that toasts the fuse. It’s no big deal. It literally happens a most once every two years.  I just pull off, open the fuse box and pop in a fresh fuse (I always keep several spares) and am back on my way.  If I didn’t happen to know this particular bike’s quirks – and know that when the engine dies, it’s no big deal, just a fuse – it’d be Freak Out Time when the bike’s quirk manifested. Wen you buy an old bike, try hard to get the seller to tell you about your soon-to-be-new-friend’s quirks, too.

There’s also the issue of old technology. For example, some older bikes are like classic muscle cars: They’re all engine – and have weak brakes and poor handling relative to what the engine is capable of. One of my other old bikes – a Kawasaki two-stroke triple – is like this. Ferocious little engine in a high-speed wobble-prone frame with a pair of marginal drum brakes to slow it all down.

Be aware of the bike’s designed-in limitations before you ride the thing.  And ride it cautiously until you know the thing.

If you decide to buy an old bike, you’d better enjoy surfing the ‘Net for parts. Especially if you buy a bike that was built in relatively small numbers, a long time ago. I have this problem with another old bike I own: An ’83 Honda GL650 Silverwing Interstate. It was manufactured for just one year – and that one year (1983) was almost 30 years ago. Some parts, miraculously, are still fairly easy to get. But others – especially body/trim parts – are not. And when you do find them, you can usually expect to pay Top Dollar and find yourself in a bidding war with the 15 other guys across the country who have the same bike and need that particular part as much as you do. Here’s some advice based on 30 years of dealing with this kind of thing: 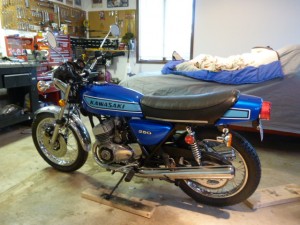 If you’re new to old bikes, try to buy an old bike that’s still fairly popular  – and which was built in fairly large numbers over several model years when it was new. The Honda CB750 (or Nighthawk) series is a good example of a safe bet mass-produced old bike. And a good example of a bike to steer clear of for a first-timer is something like my old Kawasaki Two-Stroke triple. During my year-long restoration of this particular bike, I had to go (via Fed Ex and PayPal) all the way to England to get several critical parts for this oddball antique.

Get spares. It’s not uncommon for the seller of an old bike to have a same-model parts bike (or spare engine) lying around. If he does, buy it. You will need it – or some piece of it – down the road.

Buy parts in multiples. Oil filters and air filters, for instance. When you buy one, get another. This way, you’ll have what you need on-hand for the next oil/filter change – and won’t be desperately scrounging to find what you need.

Find friends. Get to know people who know your bike. If not directly – as by joining a local club – do it online, by finding (and joining) a Forum or BBS dedicated to your old bike. There’s one for pretty much every make/model – even if you get something really oddball. In fact, the oddball stuff often has a very dedicated and knowledgeable bund of loyalists who are (usually) very eager to welcome a new member to the group. Just Google around some – you’ll find it in no time. 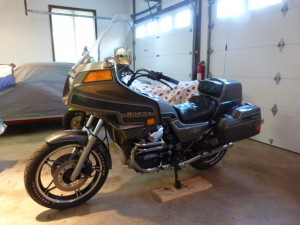