Mainstream “conservatism” gets no traction because it’s often so obviously hypocritical. It provides the shells necessary for the authoritarian opposition (they like to call themselves “liberals,” which is sort of accurate in that they are very liberal with other people’s money) to shellack them at will and make them look ridiculous – and mean spirited – which they often are. 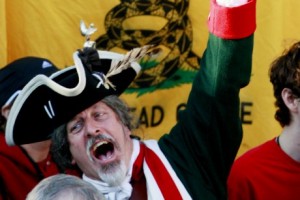 For instance: Attend a Tea Party event and you’ll almost certainly hear hearty critiques of “wasteful government spending” – including spending on “welfare” for the indolent underclass. This is easily (because accurately) parsed as not-too-subtle complaining about government handouts to blacks and other minorities, who are the disproportionate beneficiaries of this form of “wasteful government spending.” But the tables are very quickly turned when liberals point out – correctly – that these (mostly) middle-aged and older white people are fiercely protective of their dole – that is, of Social Security payouts. Or the dole given to (hack) “defense” contractors – a form of “wasteful government spending” that constitutes a raging torrent of taxpayer dollars down the proverbial shitpipe relative to the handful of dollars doled out to the EBT set.

These same “conservatives” will tell you how much they are for individual liberty – while rah-rahing the “war” on (some) drugs – you know, the drugs they don’t use – even as they chug down another beer… . They also like “family values” – that is, their family values. If your family is not like their family, why then all of a sudden they are much less in favor of individual liberty.  And so on.

Thus, the fundamental (and narrow-minded, petty) hypocrisy is exposed – and thus, the moral argument against the authoritarian thing-in-itself is utterly discredited. Which explains why “conservative” politics gets nowhere fast. It is a con – a pretense, a pose. It is as opportunistic, as fundamentally false – and at its core, every bit as authoritarian – as the “liberal” variety.

Robert Heinlein, the great science fiction writer  – and political philosopher – divided humanity into two basic categories: Authoritarians and anti-authoritarians. Which are you? You are not a Republican or  a Democrat. Or a “liberal” or a “conservative.” You are either someone who wants to control other people, to compel them to behave and live as you believe they ought to –  or you are someone who believes everyone else has the same right to live their life as you’d like to be free to live yours. That is, to be left in peace to make your own choices, according to your own judgment or simple personal preference – no matter how non-conforming or oddball others may consider those preferences – so long as you’re not causing someone else a demonstrable injury. Live – and let live.

And leave others alone. 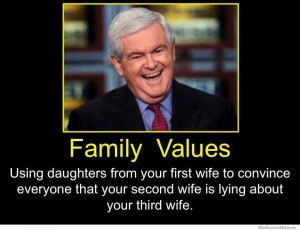 If you would prefer not to be subject to arrest for enjoying a cold brew while you watch the game in the privacy of your own home – causing no harm to anyone, even if you end up passing out on said sofa before halftime – then you must object to the idea that your next door neighbor’s door is subject to being kicked in (and your neighbor carted off to jail) simply because said neighbor happens to enjoy partaking of a different drug  – even though his partaking, as such, causes no harm to anyone else any more than your partaking of the legal drug does.

If you do no object, then you have lost any moral authority to object to authoritarianism as such.  Because you yourself have endorsed authoritarianism. It is either – or. There is no middle ground, no exceptions.

You either are – or you are not.

Likewise, government handouts. That is, money taken by force from one person in order to give (some of) it to another person. You either support this – or you do not. Which means, you cannot make a claim to Social Security without losing any basis to object to the claims made by the EBT underclass to their dole. The fact that you were robbed in the past (your “contributions”) does not make robbery in the present (your “benefits”) morally justifiable. You either oppose using the government to provide benefits to other people by threatening to imprison or even kill them – or you do not. If you make an exception for one, then you have lost any basis for objecting to the exceptions demanded by others. 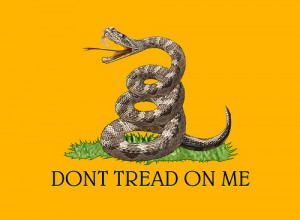 If you want to be left in peace you must be willing to leave others in peace. If a restaurant owner wishes to allow his customers to smoke inside his restaurant – or to serve only adults, or even only white (or black) adults or only men or only women or whatever – then you must be willing to tamp down your personal feelings and leave him be to do as he wishes with his property.  If not, you have surrendered any basis for complaining about laws that threaten you with lethal violence if you fail to use your property as directed.

If you expect to have the benefit of due process – to not be incarcerated without formal charges having been presented and proved  – then you must object when anyone is deprived of due process, irrespective of their “looks” or the nature of their supposed offense. If you do not object, then you should not be surprised when you are dragooned off into the night.

Much less object to it.

Americans used to understand that when any single individual’s rights are trampled on, then everyone’s rights are trampled upon. Perhaps not immediately – but always inevitably. The Gadsden Flag – Don’t Tread on Me – used to be the appropriate symbol of that rapidly receding America. The new flag – which might read Tread on Me (and Let Me Tread on Others) is the flag of the new America.

An America of morally compromised control freaks who never look into the mirror. Perhaps because what they’ll see there is too upsetting.