Because it’s a black racist who let loose:

WASHINGTON — Former District of Columbia Mayor Marion Barry (D) made some indelicate remarks about Asians on Tuesday night while celebrating his win in the Democratic primary for the Ward 8 on the D.C. Council. 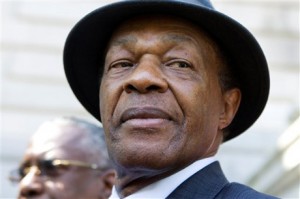 According to WRC-TV/NBC4, Barry made the remarks at his victory party, after his primary win, which almost certainly assures him a third four-year council term after the November general election, where Democrats dominate the local electorate.

“We got to do something about these Asians coming in and opening up businesses and dirty shops,” Barry said. “They ought to go. I’m going to say that right now. But we need African-American businesspeople to be able to take their places, too.”