Most people believe that ObamaCare is just about “health care” – making it “free” (that is, paid for by others) or at least more “accessible” (see previous bracketed deconstruction). In fact, ObamaCare is about everything. Once affirmed by the Supremes – which it will be – every nook and cranny of your (past tense) life will be Official Public Business. I go too far? I am being hysterical? 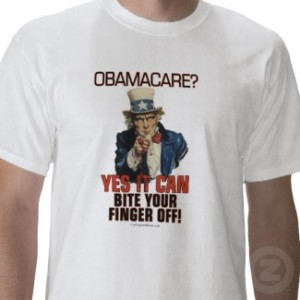 Already, it is a legal requirement in many areas that your child be given whatever vaccines the state decrees each child must have. If the parents demure, sanctions range from the beneficent (the child is prohibited from entering a government school) to the not-so-beneficent (a visit from the Child Protective Services KGB). Now, granted, some vaccines are helpful, even necessary. That’s entirely beside the point. The core issue here is coercion. Being forced to submit to a medical procedure.

With kids, the legal basis for this coercion is they’re minors. But when ObamaCare envelopes the land, we will all become minors as a matter of law – with those in control of the government exercising total control over us.

It is already happening. Consider, for example, the case of David Sarti.

Sarti is an older guy – and an overweight guy. He visited his doctor one day because he wasn’t feeling well. The doctor, a cardiologist, advised surgical treatment and radical weight loss. Sarti explained to the doctor that he did not wish to live his life with  “tubes running out of his throat” and so on. And went home, explaining on his way out the door that he had livestock to care for. The doctor called the thug scrum. The local sheriff’s office sent armed goons to Sarti’s farm and had him forcibly committed for “psychiatric evaluation” because he declined the treatment advised by the doctor – and in order to force him to go on a diet.

Subsequently, Sarti was declared “mentally incompetent” – and his (former) right to possess firearms rescinded. His rifles and handguns were taken from him by the state of Tennessee. See the video here: You will be struck by how lucid, even-tempered – and sane – Sarti appears to be. More so, given his ordeal. Sure, he’s heavy. And yeah, it’s not “healthy” to be that heavy. But if that’s evidence of mental illness  then a third of the country is mentally ill – and in peril of being declared “mentally incompetent” and having their (former) right to possess firearms rescinded. 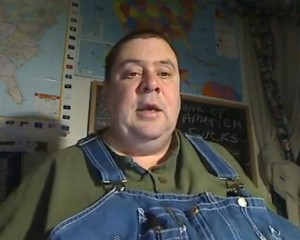 The key thing here is the pathologizing of difference. Any deviation from the prescribed orthodoxies – orthodoxies as defined by the government – is becoming the pretext for “intervention.” And that means, forcible interposition by men with guns, who will compel you to behave as dictated.

If Sarti can be sent to a rubber room for being heavy and declining to heed the advice of his doctor to lose weight or undergo a surgical procedure, what door has been opened? Think hard about this.

How about the case of the 64-year-old California man I mentioned in my last column (see here) who fell, scraped himself up a little, but decided he did not need to go to the hospital – and then was Tazered repeatedly  in his own home by a thug cop, who refused to respect his choice to skip the trip to the hospital?

The law is already such that if a “public service” official decides you “need” treatment, you can be forced to “accept” it – at gunpoint. As Sarti discovered. As we all soon will discover.

Personal anecdote: I go with my wife once a year to the dermatologist to get my skin given a once-over for possible signs of skin cancer, which I figure I’m at higher risk for because of my ’70s and ’80s-era history of going out into the sun without sun block and getting roasted. Every single time I go in for the skin check, a bitter old nurse tries to take my blood pressure. I politely tell her no thanks – and in my mind am thinking, what the hell does my blood pressure have to do with whether I have a mole that needs to be cut off? My polite demurral really annoys the sour old nurse (aren’t they always sour and old?) Well, the thing that has me more than a little freaked out is the very real possibility that my refusal to have my BP checked will soon be taken as a sign of mental illness – and used as the pretext to have me declared “mentally incompetent” by the state, with all that implies for whatever remnants of my civil liberties (such as my possession of firearms) I still retain.

Why do I decline to have my BP checked by my skin doctor?  The why is no one’s business but my own (and my wife’s). Just as Sarti’s decision to decline a weight loss regimen and surgical “treatment” was his to make. Just as it may be your decision to smoke, or to eat fast food or to skydive or a million other things.

Under ObamaCare, these decisions will no longer be ours to make for ourselves – because these decisions, it will be argued, affect our “health” and our “health” is now a matter of the commons. It affects “interstate commerce.” It affects “society.” The same reasoning used to justify everything from seat-belt laws to TSA gropes. 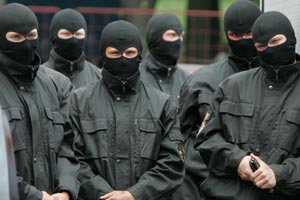 And how will it affect your driving?

Are you perhaps an aggressive driver?  Do you “speed” – or have too many “points” on your DMV record? Fail to buckle-up for safety?  Your car’s Even Data Recorder (see here) has noted these behaviors.  They present an unacceptable risk to your health – and thus, to society. After all, you might crash and injure yourself and thus impose costs on the corporate collective.  This precise justification has already been used to ratify the at-gunpoint wearing of seatbelts, forcible vaccinations and  (as in Sarti’s case) mandatory “treatment” you’d rather not have. And it will be used again.

Anything you do that can plausibly (or even not-so-plausibly) argued involves “risk” – as defined by the government – will be subject to control.  And if you refuse to  be controlled, the results will be as predictable and inevitable as the results of making a left turn to avoid a “safety” check or expressing disgust at the TSA pervert fondling your junk.