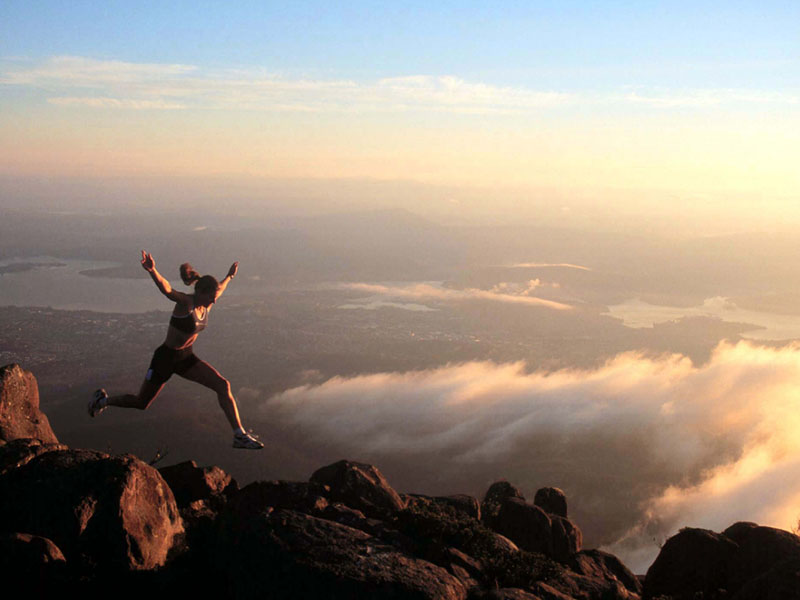 Being fit could potentially become a very effective act of civil disobedience.

Obamacare, after all, is just around the corner – and almost certain to be found (cough) “constitutional” by the high priests of unlimited federal authority over at the Volksgerichsthof (Supreme Court). Once that happens, we will all be be required to tithe in perpetuity to private, for-profit health insurance companies – who will  have the backing of the federal government to intrude into every aspect of our lives, since almost anything we do could – conceivably – affect our health and thus “interstate commerce,” the oleaginously slippery justification for this latest outrage against our right to be left the hell alone.

But there’s an out: Get fit, stay fit.

Maybe the thugs in DC can force us to be unwilling “customers” compelled to “contribute” to “plans” we don’t want anything to do with. But they can’t force us to partake.

We can still Just Say No.

No thanks to government doctoring. Just skip it. Don’t go for their “care.” Instead, take care of yourself.

What are they going to do? Send armed thugs to your house and make you get a check-up? Maybe – they probably would love to. But it would be a difficult thing, logistically. Not enough government cretins for that and besides, it’d make it all too obvious what this game is really about – and that’s to be avoided at all costs. It is critically important for the long-term survivability of the tyranny we suffer under to at least appear mild and reasonable; merely precautionary steps taken for safety’s sake and all that cal.

If we Just Don’t Go we have severed the cord – and they lose control. All they can do is demand our money  – like any common thief with a gun backing him up. But they can’t compel our cooperation without fully (goose) stepping into the limelight. Imagine the spectacle of SWAT-style raids on people’s homes because so-and-so decided to skip his annual physical.

That might just finally awaken all but the hopelessly Cloveronian. Especially if it’s done en masse by large numbers of people, all at once. That’s essential.

The key thing is to get yourself in good shape first. If you’re currently overweight, drop the extra pounds. If you’re sedentary – get off the couch, even if it’s just to go for a walk. Everyone’s got to start somewhere.

If you’ve got blood pressure problems, see whether you can get off the pills via diet and exercise. A lot of people have done so. While there are problems that won’t go away this way, many of the routine troubles people deal with – and which become the basis for routine trips to the doctor’s office –  can be successfully avoided or ameliorated by lifestyle changes that do not require a prescription.

Of course, there’s no money in that – which is why to a very great extent American medical care emphasizes symptom treatment rather than fixing the underlying problem that causes the symptoms. If you maintain an approximately ideal body weight (especially body fat percentage), eat decently, exercise regularly (and vigorously), don’t smoke and drink in moderation – it’s possible to eliminate or at least put off to your later years  many of the medical issues that are bankrupting so many people – and which have become the latest excuse to take away whatever shreds of free choice still (for the moment) are left to our own discretion.

Then, you can just … disappear. Become a no-show/no-go at the quack’s. Instead of popping pills and picking up prescriptions – and having every nook and cranny of your personal space invaded (and recorded on charts) pick up a barbell or go for a run… and give them nothing.

Granted, some people have no choice about medical care. They’re obviously stuck – and exempt from this form of civil disobedience. But millions of us could opt out without exposing ourselves or our families to ridiculous (or even significant) risk. As with the so-called “war on terror,” modern America medicine is largely based on fear. If you’re not sick now, surely you’re going to get sick soon. Every other commercial is a commercial for a drug. Every other story on the various morning shows warns about some imminent horror that never seems to actually materialize (Avian flu, for example). In truth the main things most of us need to worry about are becoming diabetic, hypertensive fatsos with knee problems and a bad back because we stuff ourselves relentless with fast food to assuage our constant (you guessed it) angst about the state of the world and the state of our own lives.  This is understandable – but it plays right into their con. If you can gather your wits and just say no – no to bad-for-you food and too much food (and yes to exercise) – you can cut yourself loose of a lot of problems.

And possibly cut yourself  free of government-mandated “health care,” too.

We can do it, people. It’s exactly like I’ve pleaded for as regards TSA gate rape. All that’s necessary is for a critical mass to refuse their assent by refusing to participate. There’s not much the control freaks could do then, except literally fix bayonets and commence to jabbing us with them. And I suspect that would backfire – just as it backfired at Tiananmen Square, not all that long ago.

If only enough of us would show the courage of that one man on that one day.