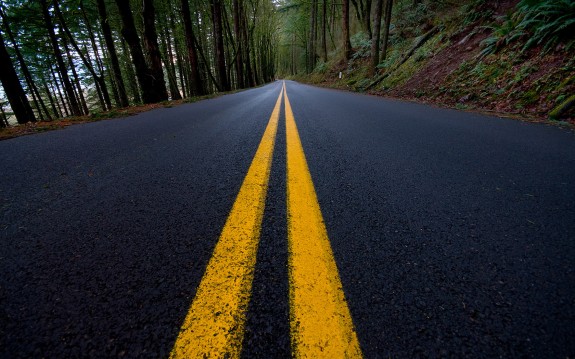 The incidental annoyances that make life in this increasingly less free society less and less enjoyable continue to expand and multiply. The disappearance of the lawful passing zone is one such.

Have you noticed it, too?

Stretches of road with good sight lines, no alarming upsurge in accidents or any other known problem associated with passing suddenly get painted double yellow one day. Often this happens after a repave, but sometimes there’s not even that “oops” to account for it (much less a legitimate traffic survey, which is what is supposed be performed prior to any such alteration of signage). You just wake up to find that the road you’ve been using every day for the past many years is – just like that –  a no-passing zone.

It’s happened to at least three roads in my area – and the same thing is happening in other areas, according to people I’ve talked with. It’s as though the local bureaucrats and cops – frustrated by higher (i.e., slightly more more reasonable) speed limits that almost (but not quite) comport with the average ho-hum flow of traffic, hit upon eliminating passing zones as both revenge and opportunity. Revenge, because it’s a mechanism for throttling the pace of traffic, thereby making driving unpleasant – which in certain quarters has been a motive for decades.

And, it’s also a means – for increasing the flow of “revenue” into county coffers; revenue that has been on the decline since speed limits became somewhat more reasonable.

Now, they’ve got a new gotcha.

You are stuck behind a Clover (See here for more on this) – but basically, a slowpoke driving even slower than the silly (because invariably underposted) speed limit.  Yesterday, you could legally pass the Clover – which no doubt enraged said Clover, who probably complained immediately to the local DOT apparat. Whereupon, the paint trucks were dispatched. Thus, next day, you discovered the same Clover ahead of you – but before you, a freshly laid-down ribbon of double yellow – complemented in all likelihood by a new (lower) speed limit. Now you face the choice: Endure the Clover  – or risk a ticket? Which is precisely what the Clover wants, of course – and his pals down at the DOT KGB, too.

It’s of a piece with the general dumbing-down (and muscling-up of authoritarianism) that characterizes the USSA these days. Dumbed-down because – to give them the benefit of the doubt – the law-givers and bureaucratic enforcers reason that due to the generally low skill level of the average motorist, traffic laws and regulations ought to be premised on the least-common-denominator. Most people just can’t handle this or that, they’ll tell you. Hence, we have to outlaw this and that. People need to be told what to do; to await direction. To be conditioned to Submit and Obey – and to never exercise their own judgment.

Naturally, they don’t follow the logical daisy chain to its inevitable conclusion – i.e., the more you dumb-down the system, the dumber the system (and those operating within it) will become. Instead of encouraging the exercise of good judgment, which leads to competence – we discourage (by punishing) the exercise of any initiative, which leads to passivity and incompetence.

The evidence of this is all around us – and becoming more abundant each year. Indeed, it is becoming ubiquitous. The defining attribute of Americans is, increasingly, learned helplessness – and its corollary, obedience. Picture the Clover waiting patiently at the light with his right turn signal blinking metronomically. There is no traffic coming; the way is clear. But there he sits – and behind him, there you wait. Because there is a sign that tells him he must wait – until the light goes green.

Now you will enjoy the pleasure of sitting behind him as he patiently – no, soporifically – crawls along behind the RV ahead of him struggling to maintain 26 MPH up the grade even though the road is posted 45.

Because the lines were painted over and it is now illegal to pass, even though it’s no more “unsafe” to do so than it was last week, when it was still legal to do so.

Which brings us to the second dynamic at play.

By de facto outlawing passing the system has created yet another de jure category of “offense.” As with the “speeding” idiocy – which has turned nearly every American driver into a scofflaw, it’s becoming impossible to execute a pass that’s not also illegal – irrespective of whether it’s reasonable. Just like no right on red; just like no U-turn. Just like a baker’s dozen (make that a baker’s triple) of dumbed-down, LCD offenses that are only offenses because some politician or bureaucrat so decreed. Whether the act in question actually causes a problem is entirely beside the point.

“The law” is the law. The judge will tell you so, too.

Car manufacturers used to tout the passing performance of their cars; now such a thing is nearly as politically incorrect as parading in blackface and singing mammy. Have you noticed the shift? The all-encompassing emphasis on safety?

Probably soon they will figure out how to build a car that shuts itself off, rolls up the windows and locks the doors – after calling up the cops – if the driver even tries to make an illegal pass, or U-turn or what have-you.

After all, it’d be safer – and for the children, too.

Reader Question: Wheelslip vs. “Spinning Out”?