Collectivism – the idea that “social costs” should be born by the individual, even when an individual hasn’t actually imposed any costs on “society” – is a big part of the reason why I’ll probably never own a new car. Because owning a new car means paying through the nose for  insurance – the premiums based to a great extent not on what I have done or might reasonably be expected do (based on my track record, etc.) but rather, on what random strangers out there in society have done – or may do.

Consider: All states force everyone to buy insurance – on the theory that everyone should be financially responsible in the event of an accident. One problem with this nice-sounding theory is that out there in reality, irresponsible people routinely drive without insurance, irrespective of what the law requires. They may be theoretically liable to civil or even criminal consequences if they’re caught or cause someone injury. But unlike the responsible law-obeyers, the irresponsible law-ignorers typically have very little for the state to take. If Pedro the illegal alien totals your car, it’s you who will be left holding the bag. No, amend that. It is everybody who plays by the proverbial rules that gets left holding the bag  – because the costs imposed by Pedro are distributed across “society” – in the form of higher premiums for everyone.

Everyone, that is, who isn’t irresponsible.

The “health care” system operates on the same principle. It socializes costs – which of course is a way of rewarding those who incur the costs – at the expense of those who are forced to pay them. This, in turn, causes the costs to rise, inexorably upward. Car insurance works just the same.

You may have never been the cause of an accident. You have a spotless driving record going back decades. One fine day you decide to treat yourself to a new car. Then you find out what it is going to cost to insure the car – and have to be revived with smelling salts. In a major metro area such as Phoenix or Philly, it can easily cost $1,000 annually to insure a car that sold for $25,000. This is a monstrous – disproportionate – expense. It is approximately five percent of the car’s purchase price. Paid not just once, but every year, for several years to come. For perspective, consider home insurance. If you had a home worth $250,000 a policy that cost about 5 percent of that would be on the order of  $12,500 per year! (The average cost for a homeowner’s policy is more like $800 a year – not even close to 1 percent of the value of the home.)

If the home insurance shysters tried to foist a 5 percent per annum bill on homeowners, there would be a pitchfork and torches uprising. But when the car insurance shysters do exactly the same thing – no, a worse thing – because unlike a house, a car is a depreciating appliance, not an investment – we just shrug and write the check.

Let’s break it down some more. $1,000 annually for insho’ance works out to $5,000 over five years – the period of the typical new car loan.  That amounts to 20 percent of the car’s purchase price – usurious by any reasonable standard. Remember also that the five grand is gone forever. At least you still have the car. But the thing to keep in mind is that you really paid $30,000 for your $25,000 car. 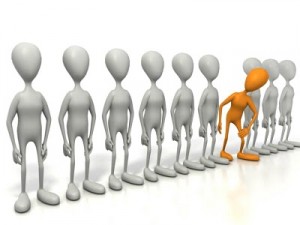 And this is one of the big reasons why I will not buy a new car.

It’s bad enough that the state takes 3o percent off the top of every dollar I bring in. Bad enough that I have to subsidize air bags I don’t want and back-up cameras I don’t need – the costs of which are all folded into the MSRP of every new car. But I’ll be damned if I will pay another 20 percent (or more) on top of all that for insurance. Insurance that’s high not because of me, but because of people like Pedro the uninsured illegal – and Dale the inbred PWT who, while stoned on crystal meth, pile-drives into some poor bastard who had the green light.

Pedro ought to be deported. And Dale, thrown in jail. Instead, nothing meaningful in the way of consequences is laid down upon either of them. Because of course they – and their kind – can’t be bled. They are unfunded liabilities. The funding to be provided by the rest of us.

The only way to dodge this trap is to never buy a new car – at least, never buy one you can’t afford to pay for in full at the time you buy it. Because otherwise, you will be legally compelled to purchase a full-usury “comprehensive” insurance policy – one that will add at least another 10 percent (if you’re lucky) to the cost of the car itself.

If you buy something older – something you can stroke a check for – then you at least have the option of buying a bare-bones, liability-only policy. If you are a safe driver, this is by no means a risky move. If you have managed to go the past ten years without a wreck, it’s not unreasonable to expect that you’ll go another ten without a wreck. The state forces you to buy coverage – but you still have the option of skipping coverage that may be and often is overkill – and overkill expensive, too. It’s a way to defer some of “society’s” costs, too – and leave Pedro and Dale to pay their own way, at least a little bit. 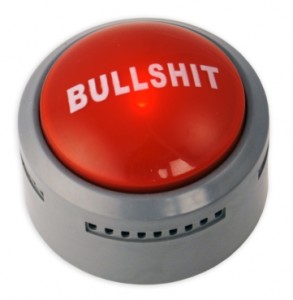 Meanwhile, of course, there’s no escaping all the other taxes. “Society” has needs, you see.