Tomorrow – the Fourth of July – should be considered a national day of mourning. 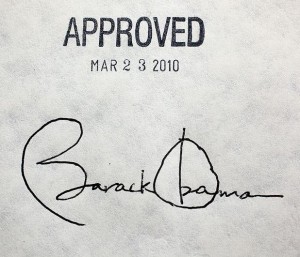 Just off the top of my head:

Mandatory life insurance – or else.

Why not? Does anyone imagine the life insurance mafia will not seize the opportunity created by what the health insurance mafia has just achieved? If the government can force us to buy health insurance – to hand over money to private, for-profit businesses on the basis of the idea that “everyone must be insured against risk because of the possibility that some people might transfer their costs onto ‘society’ ” – well, why not? Is there any argument you can think of to deflect the idea of forcing people to buy life insurance on the same basis as they will now be forced to buy health insurance – or pay a huge tax to the government?

Mandatory homeowner’s insurance – or else.

A second example. Right now, some people – who have paid off their homes – elect to skip paying a huge annual fee for homeowner’s insurance, having weighed the (small) risk of a total loss against the benefit of having money in the bank for the much more likely small things (like a tree falling against the house) which they can then just pay out of pocket. This is exactly the same as people who are fit and healthy, lead a healthy life – and so decide to skip paying through the nose for health insurance they will probably never need, preferring to pay for the occasional incidentals out of pocket – and put the rest of the money they’d otherwise throw down the hole of “insurance” into their savings. ObamaCare has outlawed this. Does anyone believe the law will continue to allow anyone to avoid going “uninsured” for anything? What will the opposing argument be – given the fact of the legal precedent now established? 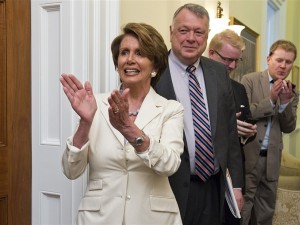 Shouldn’t everyone have car maintenance insurance, too? After all, a major repair can be devastating if one hasn’t got the means to pay for it. Surely this is an unacceptable risk – and just as surely, the corporate cartel automakers will see the same “opportunity” that the insurance cartels have seen.

And will seize it – just as they seized the bail-out money. Only now, it’ll be a more direct transfer.

Some may say this won’t happen. But the fact is it can happen – because the essential principle is now enshrined in law. Anyone who does not grasp this does not comprehend how the law works – how the system works. Precedent becomes practice. Case law sets the bar for future laws.

So, being forced to purchase health insurance at gunpoint is just for openers.

Having affirmed ObamaCare, the court has also affirmed – in principle – the authority of the government to monitor, control, regulate and tax every and any conceivable action. Because just about anything can in some way be argued to affect “health” and thus falls under the newly minted authority of the federal government or the health-care-at-gunpoint cartels.

Own guns? You will be required by law to disclose this fact to your “health care provider” – who will narc you out to the government, which may and likely will decide that it’s “risky” for you to possess them. Doubt it? See here. David Sarti will disabuse you of any notion that owning guns is your private affair. The state may simply decide – for health reasons – that it is “too risky” for you to be permitted to possess them. 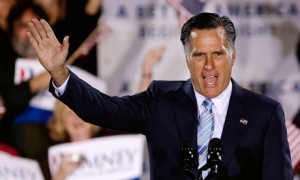 Ride motorcycles? Very risky! If bikes are not outlawed entirely, they – or rather you, the rider – will be taxed to such an extent that almost no one will be able to ride – except of course the Praetorians (cops) who ride alongside the likes of Mittens and Barry.The same goes for anything else you like to do that some bureaucratic Clover decides constitutes an unacceptable risk to society – and “public health” – because of the potential costs it might incur. Everything – from how much soda you drink to whether you exercise (and how) is now the business of busybodies with guns.  Doubt this? It is already happening in places such as New York City (see here) where Mayor Bloomberg is doing the trial-runs for what will shortly become national policy.

Smokers are subjected to more abuse than child molesters. In Bloomberg’s Gotham – more accurately described as the Kremlin on the East River – they may not even smoke in their own damn home.

Use supplements? Not approved! You will use the government-approved, Big Pharma provided anti-statins (and so on) instead. 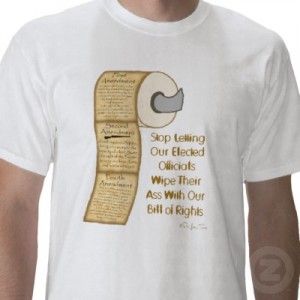 They will literally force you to visit the government-approved quack – if necessary, by dragooning you out of your own home in a straightjacket. Just ask David Sarti. Or maybe this guy. I’ve written about him before. This elderly man was literally Tasered into submission and dragged out of his own home by thug cops merely because he did not wish the medical treatment they insisted he submit to.

If you don’t think this could happen to you, too – well, you’re living in a dreamworld.

Because now, nothing – absolutely nothing – is off the table. They will not leave you alone. Ever.

Historically ignorant Americans don’t see it – because it hasn’t come to their door – yet. But it’s coming. As surely as they came for the Jews after they came for the trade unionists in another place, a long time ago.

Those who have their eyes open – and their brains turned on – see (and understand) this. For the rest, only hard experience will disabuse them of the fiction that they still live in a “free” country. I suspect they won’t have long to wait.

Enjoy your fireworks (which you can’t handle yourself) and your government-approved hot dogs and officially approved beer tomorrow. It may be your last chance.