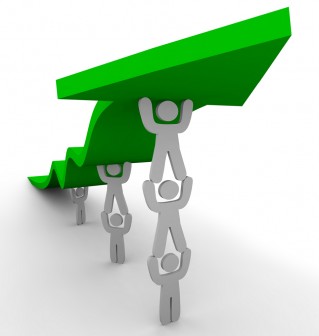 I wish more people would stop to think about what making any product mandatory will necessarily do its cost – as well as to the “service” provided. If you can’t say no, there’s little, if any, incentive for the manufacturer/provider to keep costs in line, or please its “customers” – a term that’s sickeningly inappropriate when coercion is involved (as is the case today with mandatory car insurance and soon-to-be-mandatory health insurance).

More globally, this is also the simple truth behind the debacle that is government itself. Consider the current dog-and-pony show about federal spending – and taxing:

Why should government spend less – or operate more efficiently? What’s the incentive?

In fact, the incentive is – spend more. Be less efficient. Why not? If you can legally force people to hand over their money, why would you voluntarily (leaving moral considerations aside) ask for less? The more inefficient you are, the more money you need.

The only way we’ll ever see “efficient” or “responsible” government is when we are finally free to decline its “services.”

This lesson not lost on insurance companies. And it’s the reason why insurance, like government, is rapidly becoming inescapable; a legal requirement that must be dealt with – and paid for – want it or not, like it or not. They’ll force you to be their “customer” regardless.

It all began with mandatory car insurance.

There was a time when people were free to choose to have it – or not. Many people chose not to, because they did the math, evaluated their own potential risks and decided it wasn’t a good buy for them. Then the Clovers mewled that no one should be permitted to drive around without having purchased insurance coverage first. This has a superficial appeal, but think on it some more.

The need for car insurance – that is, it’s value – varies considerably from person to person. If, for example, you are a good driver (not just skilled but possess good judgment) the chances of your being involved in a wreck caused by lack of skill/poor judgment are very, very low. Note I did not use the term, “accident.” This is an important distinction. Most wrecks are in fact caused by poor driving – or poor judgment. They are not accidents – because for the most part, they could have been avoided.

An accident, properly defined, is something unavoidable. For example, a deer suddenly darting into the road and startling the driver, resulting in loss of control.

Most accidents (so-called) are the result of actions (or non-actions) such as failure to pay attention, excessive speed for conditions (or ability), following too closely, misjudging the closing speed of other traffic as when merging or changing lanes – etc. In other words, driver error. Not deliberate, perhaps. But certainly avoidable.

My point being, a good driver – someone competent in terms of skill and who also has (and exercises) good judgment – can avoid most of the situations that lead to bent metal and personal injury. He is a very low risk, as far as being the cause of a motor vehicle wreck. And, to a great extent, liability insurance is only a wise purchase if you are someone who is likely to be the cause of a motor vehicle wreck, and so financially responsible for damages caused.

If you are not such a person, then buying insurance is money out the window. Money you’d probably have been better off putting into your savings account.

We all know people who go decades, a lifetime, without having caused an accident. Ipso facto, they did not need insurance. (The other driver – the one who caused the accident – is financially and legally responsible.) Yet they’re forced – in most states – to buy insurance anyway, thanks to the Clovers. If you own several vehicles, you have to buy coverage for each one – even though you can’t drive more than one at a time. If you own motorcycles, and live in an area that has winter weather, the bikes may not even leave your garage for months at a time. But the law says you still have to buy coverage, and maintain it, year round.

Over several decades, this can amount to tens of thousands of dollars. Money that could have been put to productive purposes such as long-term investments toward retirement.

Example: I’m a “good driver” according to insurance industry standards. Not one wreck (or claim) in 25 years; no traffic tickets on my DMV rap sheet (thanks, Mike Valentine) ; in my 40s, married, good credit, etc. I qualify for every discount my insurer offers. None of my vehicles are high-dollar (two compact pick-ups with four-cylinder engines) so I have the bare minimum liability-only coverages. Yet because I have multiple vehicles, I end up paying close to $800 annually to the insurance Mafia. This may not seem exorbitant – and relative to what many others are being forced to pay, it isn’t. But multiply that $800 annually over 25 years. That’s $20,000 – gone forever.

that it’s not the responsible people who need insurance – it’s the irresponsible ones. And of course, it’s the irresponsible ones who very often drive without insurance, the law be damned (just as “gun control” is of little concern to criminals, etc.). Another thing never occurs to the Clovers, too: Had I not been compelled to hand over the $20k to the insurance arm-breakers, if I’d had that money to invest in something productive, I’d probably now have a lot more than $20,000. Just like Social Security “contributions” – had I been allowed to keep/invest my own money rather than surrender it to the government in return for, well, nothing. (Many people don’t realize they’re not even legally entitled to receive SS “benefits,” notwithstanding a working lifetime of “contributing” to the scam.) The money would still exist. It would be available to draw upon if I ever needed to pay for damages to my property or someone else’s property. And if no damages occur, then I’d still have the money – instead of the insurance Mafia.

I’ve been arguing for years that insurance – mandatory insurance – is a major contributing factor in the bankrupting of the American middle and working class.

The typical person has:

Combined, the annual cost of the premiums for all this “coverage” can easily be $5,000-$10,00 a year. Over twenty or thirty years, this adds up to a very large sum – as much as $100,000 or more. That’s without taking into account the potential growth of that principle, had it been devoted to actual productive purposes.

How many working/middle class people can afford to devote such a large percentage of their income to insurance?

It’s a con. A Bamboozlement.

And it’s about to get much worse with ObamaCare – yet more mandatory insurance.

Does anyone really believe we’ll be paying less as a result?

Unfortunately, the answer sure seems to be – yes.

See you at the soup kitchen, I guess. But the good news is we’ll be “covered.”