A reader wrote in response to an article I did recently on the tyranny of mandatory insurance laws. He had been hit while on his motorcycle – and crippled for life – by an oblivious driver who ran a light. He told me he believes that not only should insurance be mandatory but that all drivers should be required by law to have at least $250k in liability insurance – or about twice the current maximums required in many states.

There is a saying:  “Hard cases make bad law.”

It means an emotional desire, in the wake of a horrible incident, to “do something” about it. This often takes the form of pushing for a new law to more severely punish those responsible for causing harm/damage – and also (so it’s argued) to deter future such events from occurring at all by making it clear there will be serious consequences, etc.

But mandatory insurance laws don’t keep people from driving without insurance anymore than DWI laws (or revoked licenses) keep drunks from driving. Like gun control laws, they impose restrictions and cost on people who are (mostly) not the problem.

Why should responsible drivers who do pay attention to their driving, who are skilled and attentive and who never get into at-fault accidents (millions of such people exist) be compelled to pay big bucks for insurance coverage that is massively expensive precisely because it is compulsory, and because it  forces them into the same risk pool with the irresponsible few such as the person who hit the guy in my example?

Granted, there is always some risk an accident or injury may occur – no matter how good the driver – anytime a person gets behind the wheel. But most “accidents” really aren’t. They are the result of driver error, especially failing to pay attention, following too closely or driving too fast for conditions – all of which can be avoided  – and are avoided by millions of careful drivers who go a lifetime without ever causing an accident.

True, they may hit a deer or slide off the road in a snowstorm – genuine accidents. Things over which they have no real control. But such incidents are rare – and the point is, shouldn’t the individual have the right to decide for himself what an acceptable   level of risk is – and insure himself (or not) accordingly?

Is it reasonable to  require that everyone  insure against any conceivable risk, and to an extent that assumes the absolute “worst case” scenario?

Most of us have to strike a balance between our means and what we spend on various things. Many people would probably prefer to throw say an extra $50 each month at their mortgage balance (or the family food budget) rather than literally throw it away on an over-priced, compulsory insurance policy they will probably never need.

If, that is, they were allowed to do so.

It’s no wonder people are broke and in debt up to their eyeballs.

My argument is not with insurance per se but rather with it being compulsory as this is what has been driving the cost of premiums to ridiculous levels – even for good drivers with no history of at-fault accidents.

Personal anecdote: Even though I haven’t had an accident in more than 20 years and have a “clean” driving record I still pay out more than $500 annually to insure my two trucks (both older models, one a 1998, the other a 2002) plus another $300 or so for my three motorcycles – which don’t get used for 3-4 months during the winter and two of which see less than 1,000 miles annually of road time regardless. Compared to what some people are paying, it’s not much – but over ten years’ time, $800 annually is $10,000 thrown to the winds; money that I could have – and would much prefer to have – put to other uses.

If I could do so legally, I’d opt not to carry insurance for at least two of my motorcycles, which I rarely ride – and for one of my trucks, which mostly just sits in the garage. I judge the risk that I will have an at-fault accident with any of these vehicles to be very low, given that none of them sees more than 2,000 miles of road time each year and given that I am demonstrably a “good driver,” based on my accident-free driving record.

But I’m forced to pay anyhow – just like everyone else.

With mandatory insurance, there is no incentive for the insurance industry (which has largely become a cartel) to price policies fairly or competitively because we’re all forced to buy its product. Insurers can insoltently jack up our premiums over things like “speeding” tickets (often the result of deliberately under-posted speed limits) or even our credit rating that arguably bears no correlation to our driving skills or the likelihood we will cause an accident – and we have no recourse. Sure, you can switch policies, but as anyone who has tried this knows, they all use the same formula – and if you have a ticket or two on your “record” (even if you’ve never filed a claim or had one filed against you) the you’re screwed, blued and tatoo’d. As Bob Dole used to say, you know it, I know it, the American people know it.

How many of us have been hit with a “surcharge” on top of our already high annual premium (which can easily be $1,000 or more per year for the average person with a late model car) merely because we had the misfortune to run afoul of a radar gun in a speed trap?

And there is only one way to cut the legs out from under it:

Let good drivers to say, “no thanks” to overpriced insurance coverage.

Insurance companies would be forced to offer more competitively priced policies to good drivers. Policies based on actual risk as determined by the driver’s record of at-fault accidents. Not trumped-up “speeding” tickets.

And the bad drivers? Let them pay according to their risk profile – just like smokers have to pay higher insurance costs.

What if  an uninsured driver causes damage or injury? Make ’em pay or otherwise bear the consequences. If they have assets, seize them. If they work, garnish their wages. If they don’t work – make them. Nothing wrong with making deadbeats clean up trash by the side of the road or dig ditches… whatever.

Until the debt is paid off, no matter how long that takes.

But forcing others to pay for the irresponsible actions of others isn’t. 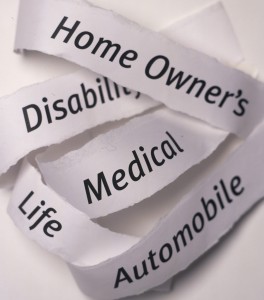