Electronic stability control will be a mandatory feature on all new cars by 2012.

Unlike seat belts, padded dashboards and air bags – which are so-called “passive” safety features that are there to prevent or at least reduce injury when a crash happens – electronic stability control is an “active” system designed to help prevent an accident from happening in the first place.

Under what conditions does stability control kick in? Among the commonplace scenarios: Carrying excessive speed into a decreasing radius corner; abrupt steering inputs – which unsettle the car and may cause violent weight transfer, etc.. Rapid deceleration caused by panic braking (from following too closely, for example).

But here’s the thing: These are problems caused by driver error.

Wouldn’t it make more sense to fix that rather than mandate yet another technological crutch to protect inept drivers from the consequences of their own lack of skill and good judgment?

I test drive new cars each week and have done so for nearly 20 years now – so I’ve had plenty of opportunity to drive many different types of vehicles, ranging from ultra-exotic high-performance sports cars to the most basic economy cars.

Since about the 2006 model year, most of these have featured some form of electronic stability control.

And I can report this: You usually have to be really pushing it for the system to kick in.

Yes, there are exceptions. On rain or ice-slicked roads, for example, stability control might save your life – or at least keep you from banging up the sheetmetal. And when we’re talking about genuine “accidents” – for example, a violent skid induced as a result of the driver swerving suddenly to avoid a deer that appeared in the road – then stability control can make all the difference.

However, it’s equally true that a large percentage of the “accidents” where stability control could be of help aren’t really accidents at all. Because these incidents could have been avoided had the driver not been driving excessively fast, or beyond his ability to keep the vehicle safely under control.

Stability control might save you from the consequences of your own poor judgment in such cases – but exercising good judgment would have been just as effective as having stability control – and cheaper, too.

Estimates are that stability control adds in the neighborhood of $500-$1,000 in initial, up front costs to a new car or truck. And like any other functional aspect of a piece of machinery, it’s another part (many parts, actually) that will eventually, inevitably, require service – another expense. As the vehicle it’s installed in ages, the likelihood of some problem cropping up increases. At the same time, the value of the vehicle declines. After ten or twelve years, the down-the-road owner of the car may (and likely will) face the prospect of a repair involving $1,000 or more for a car that by then is worth not much more than that.

In which case, it’s time to throw away what might otherwise have been a still-serviceable car with another few years of life left in it.

Many 2011 model year vehicles have as many as six of them now, including a knee air bag for the driver as well as head/curtain air bags built into the roof rails. But the shelf life of air bags is about about 10-12 years – at which point the automaker/manufacturer of the air bags typically warns that the entire system should be inspected and major system components replaced. But who is going to pony up for that kind of big-ticket repair work on a 10-12 year old beater? “How much is your life worth?” is just demagoguery. Not everyone can afford a $20,000 new car.

Of course, air bags have the argument of passive safety on their side. There’s little one can do to prevent someone else from ramming into you after they’re run a red light. But with stability control, much of the potential threat is under one’s own control – a big difference. Drive within your limits, with prudence and good judgment – and the chances of your ever finding yourself in a violent, uncontrollable skid are lowered to nearly nil.

Become a highly skilled driver – by attending a serious driving school such as those run by ex-racers like Bob Bondurant (www.bondurant.com) or Skip Barber (www.skipbarber.com) – and you will learn how to handle a car in a panic-stop/emergency situation yourself – without the help of technology.

You’ll learn how to react when a car begins to lose grip – and how to recover control when a skid happens. Once you have acquired these skills, you’ll have reduced your need for an electronic crutch like stability control to the point where it’s legitimate to ask whether it’s worth spending the money for it in the first place. And more specifically, whether the government ought to be forcing you to buy it by making it a mandatory “safety” feature on any new car you might buy.

Arguably, we could make new cars safer by simply expecting more of drivers than by developing ever-more-elaborate (and expensive) ways of keeping marginally competent drivers out of trouble.

That’s not politically correct, of course.

We live in a society where a driver’s license is both easy to get and hard to take away – even when an individual repeatedly demonstrates incompetence (for example, multiple “at-fault” accidents over a period of less than five years, etc.) If fewer accidents is the goal, at least part of the fix is to insist that drivers up their skill set and behave responsibly behind the wheel.

Technology can help. But it can’t completely protect us against the consequences of our own lack of skill or recklessness. Nor should we expect it to.

Unless we ant to continue “dumbing-down” our expectations of the average motorist, with technology picking up the slack.

And all of us picking up the tab. 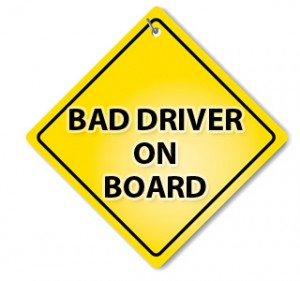 What “QE3” is Likely to Mean