The other day, someone reminded me about T-tops. If you’re younger than 30 or so, you probably don’t remember T-tops. But if you’re older, no doubt you do. 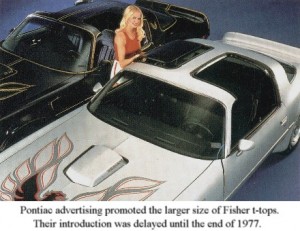 For about 10 years – beginning in the mid-’70s and through the mid’-80s – T-tops (or T-roofs) were very popular. Camaros and Firebirds, Mustang IIs and 280Zs of that era – and several others, too – often had them.

It was a pretty cool idea.

The trouble was, these T-tops weren’t (usually) very well-engineered. In many cases, they were installed at the dealer level (Hurst was a major supplier at first). And what the dealer  did was – basically – take a Sawzall and “rough in” the holes, then trim it up – loosely and kind-sorta – with chrome surrounds and weatherstripping.

Because the roof is a structural member of the car’s body, cutting away much of the roof’s structure did a number on the car’s body integrity. The remaining – and not as stiff anymore – roof would flex. And the tops would invariably leak. Then, the seats – and carpets – would get wet. 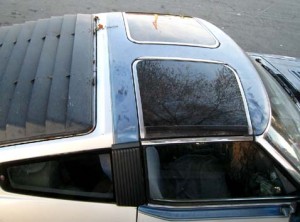 The factory-installed T-roofs were better because the roof section was reinforced and also because they weren’t dealer Sawzall jobs. But they still leaked – and squeaked. I had one of each – a ’78 Camaro with the dealer-done Hurst tops (which can be ID’d by their smaller size and shiny chrome trim) and later an ’80 Camaro with the factory Fisher tops (which were larger and typically had “black out” trim) … so I speak from bitter personal experience. The only way to keep the water out was by RTV’ing the things in place. And they still leaked because the frameless door glass these cars had didn’t seal tight enough against the tops.

Anyone who had one of these cars had the same experience.The only way to keep the water out  was to make sure the car never got wet.

Which is why you don’t see T-tops much anymore. 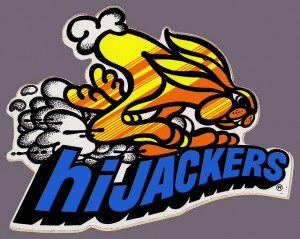 You know how today the big thing is to mount the biggest possible wheels on a car? Back in the day, the big thing was to get the ass end of your muscle car as high up in the air as possible. The idea was to emulate the look of a dragster – you know, get the nose in the weeds. It it was also a cheap way to correct for saggy leafs – and fix tire scrub.

This was achieved by purchasing a set of air shocks and pumping up the rear of the car. Of course, this worked wonders on the already iffy handling of these (usually) worn-out street machines – and when the air line rubbed up against something sharp and sprung a leap, your machine transformed in seconds into a low rider. Or at least, a semi low rider. Because now the nose was up in the air – and the tail was scraping the pavement. The tires, meanwhile, were getting a shave inside the fender wells.

It’s not surprising air shocks aren’t around much anymore.

Another: In-car TV is not a new idea. I know a guy who owns a 1972 Pontiac Grand Prix SSJ with the Hurst (there’s that name again) package – which included an old school black and white TV with a chromed set of antennae you hung off the passenger side door sill to get a signal. Like CB radios, 8-tracks and dictaphone tape recorders, it kinda-sorta worked. The idea’s the same as we’ve got now – only the technology available at the time to implement the idea wasn’t quite ready for prime time. 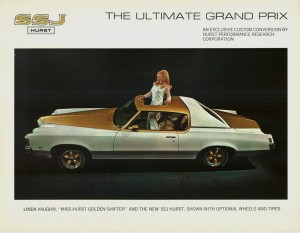 Still, it goes to show ya: There really isn’t anything new under the sun. Things get tried – then forgotten. And resurrected sometime down the line. At which point they seem new again – even though they’re really not.

Finally, how about this gem: Subaru’s rear-facing bed jumpseats?

Back in the ’80s, Subaru sold a model called the Brat. It was kind of like an El Camino (remember that one?) in that it was a car with a pick-up truck-like bed in the back. But one thing it had that the El Camino didn’t was a pair of molded plastic seats for passengers… in the bed. In today’s safety uber alles culture, such a thing is as inconceivable as expectant fathers-to-be smoking cigars and downing Cutty Sark in the waiting room. But back when The Gipper was president and you could still get an airplane ticket without showing ID – let alone showing your private parts – you could buy a new Brat with a pair of seats out back. There were seatbelts – but you didn’t have to wear them. 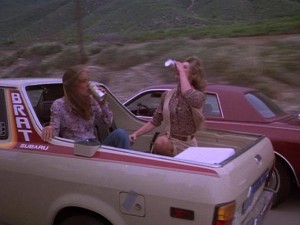 It was a hoot riding back there. This is one thing I wish they’d bring back. But first, we’ll have to get rid of the safety Nazis – and go back to leaving people alone.