Today’s cars are vastly more reliable and better-built than the cars of the past. But some have features you wish would stop working – or that had never been installed in the first place.

When a big trash truck or something like that starts backing-up, it’s not a bad idea to let people who might otherwise get smushed know what’s coming. When you are driving a big rig like that, it’s hard to see what’s behind you. So, ok. But is it really necessary for a normal-sized car like the Prius hybrid to ding-ding-ding! every time you put the thing in reverse? Why not just have a flailing robot pop out of the trunk? Danger! Danger! Will Robinson!

If you drive a monster SUV, maybe it makes sense to have radar sensors built into the front and rear bumpers to help you park it without hitting anything. But a family sedan or mid-sized coupe? What started out as a toy on high-end luxury vehicles (Mercedes, BMW, Lexus) is filtering down to lower priced models – even subcompacts like the BMW Mini. If you can’t park a normal-size car (let alone a Mini) without electronic assistance, should you really be driving at all?

See above; another example of dangerous, but well-intended automotive idiot-proofing. Lexus, Infiniti and BMW pioneered this technology, which uses sensors to establish the distance between your car and the traffic ahead. If the cars up ahead slow down (or speed up) the system reduces (or increases) vehicle speed to compensate, maintaining a safe following distance and space. Some of these systems will even brake the car for you.
Meanwhile, the “driver” has become a passenger, staring vacuously into space or yakking on his cell phone – absolved of responsibility for paying attention to the road and actually controlling the car.

This one’s Ford’s bad idea, but sadly virtually every other car company has joined in (except Nissan). All in the name of “safety,” of course. Basically, if you decline to buckle up – even if it’s just to roll the 20 yards down the driveway to the mailbox – the car starts to beep angrily and a light blinks on and off until you do. Bad boy! Now, wearing a seat belt is a fine idea. But it’ shouldn’t be the automaker’s job to play the role of Big Momma. Some of us pre-safety seat, pre-helmet types don’t like to buckle-up; the reasons don’t matter. It’s our business. What’s next? “Cholesterol Minder”? Will future cars sound the alarm if weight sensors in the seat detect we’ve fattened up to the point of unacceptably increasing our risk of stroke or diabetes? Will the car scream if the height/weight monitors discover we’ve topped our Body Mass Index?

On a few very high-end luxury sedans such as the Mercedes S-Class, they’ve begun installing a system that opens and closes the trunk for you using electric motors and servos. It’s a classic example of technology know one really needs that’s there just to show how much money its owner can throw at his car. The system actually makes it more time-consuming to open or close the trunk -because if the trunk closes too fast that would be “unsafe” – and someone might sue!

If you try and open the trunk the old fashioned way, the electric stuff fights you all the way. Same thing going the other way – it’s actually harder to try and push the thing closed. You pretty much have to sit there and wait while it gradually whirrrrs, clicks and clamps itself shut. Ah, luxury!

This gimmick is fast becoming the new “in” thing. Instead of a physical key, you keep a little fob with a built-in transmitter in your pocket or purse. It sends an electronic signal to the car, which lets you start the engine by pushing a button on the dash. It’s nifty – until it stops working. Or you run the transmitter fob through the spin cycle. Neither a locksmith nor a $5 key cut at Lowes is going to get you back on the road now. But $300 to the dealer just might. 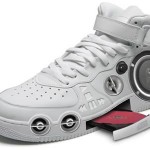