I guess everyone gets to that point in life where they start to say,  “I remember when… . ” Here’s some from me: 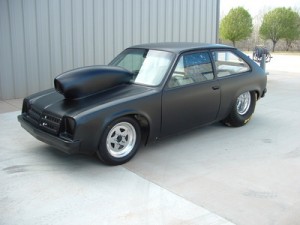 Today, only a handful of cars – most of them high-end cars – are rear wheel drive. But back in the day – the ’60s, ’70s and into the ’80s – most cars were rear-wheel-drive and that included most economy cars. Pintos, Vegas, Chevettes – even imports like the Datsun B210 and of course, the old Beetle – were burnout-capable (assuming there was a little black ice on the pavement). Vegas – and even Chevettes – were popular as sleeper hot rod projects and bracket racers, because of their RWD layout. Stuff a big V-8 into a Vega (or a V-6 into a Chevette) and you had an M80 on wheels – and for cheap, too. That’s the other thing about RWD econo-cars: Their mechanicals were the essence of simplicity, which made them genuinely economical in a way that modern economy cars aren’t. No CV joints to fuss with. You had a solid beam axle that would outlast the car instead. A pair of shocks – $40 for the pair – instead of $200 for a set of struts. True, you usually only got a gas gauge and a speedometer and a dial-control one speaker AM/FM radio – but you also didn’t get a $300 a month payment for the next five years. I miss that. And being able to spin the rear tires, too. 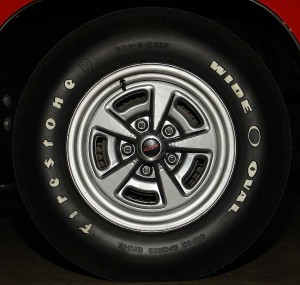 I just put a set of factory-correct raised white letter tires on one of my old bikes. But you never see white lettered tires on cars anymore. They’ve gone the way of whitewall tires. It’s all blackwall now – and so, tires all look just the same. Which is a shame. Tires used to be a signature element of a given car’s look. Anyone who remembers Firestone Wide Ovals or the BF Goodrich Radial TA will know what I mean. The style of the lettering – and the name of the tire itself, boldy called out – added something to the car that’s absent today. Goodyear Wingfoots with the cool checkered flag. The Eagle GT. Even the el-cheapos they used to sell at places like Pep Boys were fun. I remember buying a set of Revenger HP tires for my old Camaro back in the late ’80s. They were the perfect accessory for the primered rear quarter panels and glass pack’d exhaust.

This one’ll take you back. Well, it takes me back. The leaf-sprung muscle cars of the ’60s and ’70s tended to sag in the tail after ten years or so – which was right around the time my generation (Generation X) got their hands on them as their first/high-school cars in the early ’80s. One of the first things many of us did was to go to local auto parts store and buy a set of Gabriel Hi-Jacker air shocks to give the car the proper nose down, ass up attitude. It looked cool – but transferred too much weight onto the already worn-out, overburdened front end while simultaneously unloading the already too-light rear end. Already marginal handling and braking was thereby rendered downright catastrophic in the event of sudden inputs. You learned to drive carefully – and preferably, in straight lines only. The best part, though, was when the air line to the shocks frayed or came loose and they lost air pressure. Instant low-rider! At least, partially. Now, instead of looking down at the pavement, you looked up at the sky. It made for fun times. If you weren’t there, you’ll never know! 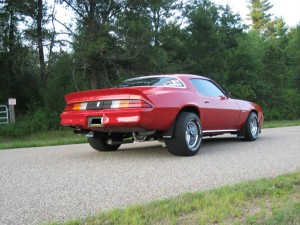 * Buying a stereo for your car –

I guess people still do this – but it’s not as default standard as it once was. This is good – or bad – depending on your point-of-view. For the past two decades at least, factory stereos have been both pretty good and pretty thoroughly integrated into the dashboard. It’s not like it was once, when radios were all more or less shaped the same and interchangeable – which also made them attractive targets for thievery, incidentally. You don’t see much car stereo theft anymore – because most factory stereos only fit the make/model of car they came in – and removing them is no easy thing, even if you could use the thing in another car. Still, I had some good times going to the car stereo place to window shop – and spent some (mostly) enjoyable hours putting in a new rig in my car or a friend’s car. It was a way to customize your machine – and make it something uniquely yours. We’ve lost that – and I miss it. 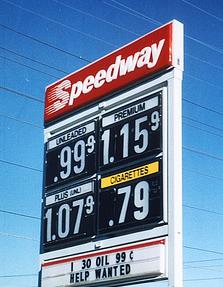 My god, it was not all that long ago that one could fill up the 21 gallon tank of a V-8 muscle car for about $25. Which made it feasible for even a high school kid to own a V-8 muscle car.  My high school parking lot was filled with SS Chevelles, cruddy but still running GTOs, 289 Hi Po Mustangs and a plethora of Camaros. The richer kids had new Mustangs and Camaros. IROC-Zs and “5.0” GTs. A part-time, after-school job at McDonalds at the then-minimum wage of about $3.35 an hour was sufficient to keep the motors running. Gas is still cheap today – but thanks to Fed funny money, it takes more dollars to buy. If you use the current price of regular unleaded – about $4 a gallon –  as the measure, we’ve been impoverished by more than 50 percent since the mid-1980s. The same 21 gallons of gas now costs about $84 – too rich for most middle-aged wage slaves, let alone a 17-year-old working part time as a fry chef.

We had some good times. Maybe someday, we will again.

Throw it in the Woods