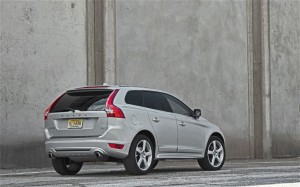 That’s why Volvo’s gone sporty to an extent that’s truly startling in the context of Volvos-gone-by.

A quick reference to put the matter in context:

In the late ’70s, Volvo built cars like the 240 wagon – a big, slow, slab-sided (and rear-wheel-drive) tank. Under its hood, a 2.1 liter engine whelping out an enfeebled  100 hp – 123 if you chose to upgrade to fuel injection. It was very safe indeed – because you had to really work hard to build enough speed to hurt yourself.

Even Volvo drivers demand speed these days – safely applied, of course. Which is why Volvo sells models like the ’12 XC60, a compact FWD/AWD sportwagon that packs a minimum of 240 hp. That’s in the base version. Choose the T6 and kick it up to 300 – 325 in the T6 R Design.

Back in 1978, that would have been considered most un-Volvo.

But it’s change I can believe in. 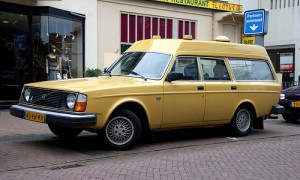 The major functional update for 2012 is the up-rated 325 hp engine in the R Design version of the XC60. A Dynamic ride and handling package is also available optionally with T6 and R Design models.

Volvo has displayed a concept car plug-in hybrid version of the XC60 – but for the moment, it’s still just a concept. 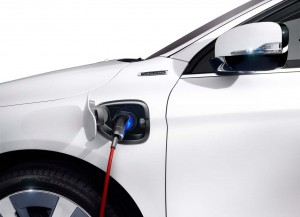 Quicker acceleration in a 2012 Volvo than in any mid-late ’70s-era muscle car.

Gee-whiz technology, including a heartbeat monitor that can detect intruders in the car and a City Safe collision avoidance system that automatically slows/stops the car if sensors detect something (or someone) looming in your path. 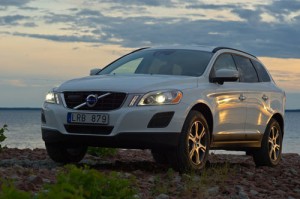 The XC60 3.2 comes standard with a 3.2 liter, 240 hp in-line six. You can go FWD or (optionally) AWD but the only transmission choice is a six-speed automatic.

This version of the XC60 needs about 9 seconds to reach 60 – slow for the class and slow for the price. The Benz GLK 350, for example, is almost two full seconds quicker – a difference you can definitely feel and a difference that makes a difference when you need to merge with fast-moving traffic or get around a slow-mover ahead of you.

The Audi Q5 gets to 60 in about 6.8 seconds with its standard engine.

Gas mileage with the 3.2 liter engine is also mediocre: 19 city, 25 highway. It’s about the same as the Q5, X3 and GLK – but those models are all much snappier performers.

But, you have the option of stepping up to the T6, which is equipped with a 3.0 liter turbo straight six that produces 300 hp – enough to notch the 0-60 time down to about 7 seconds flat and catch up with the Benz GLK and Q5. 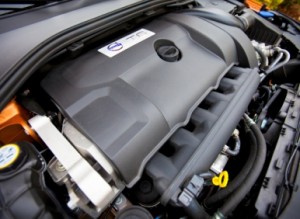 However, the BMW X3 with its optional turbocharged 3.0 liter engine is still the quickest – by a wide margin – of all these models. It gets to 60 in about 5.6 seconds.

Volvo offers one more underhood upgrade – the R Design. This gets you another 25 hp (325 total) and into the high sixes, 0-60. Interestingly, the R Design is the most powerful – on paper – of all the models in this class. But it’s not the quickest, because it’s also among the heaviest. An R Design weighs 4,236 lbs. – massive bulk for what is technically a compact-sized (in its class) vehicle. A similar-size Benz GLK weighs nearly 300 lbs. less. The Q5, about 200 lbs. less. The X3, about 120 lbs. less.

But the bulk has a benefit: The XC60 is the highest-scoring vehicle in its class – across the board – earning a perfect 5 star rating in frontal and side-impact crash testing as well the highest-possible rating in the Insurance Institute For Highway Safety’s frontal offset, side impact and roof crush tests.

You also don’t pay a mileage penalty – or at least, not much. The T6 manages to almost match the base 3.2’s EPA mileage figures, posting 17 city, 23 highway. Also, all the XC’s engines burn regular unleaded – including the high-performance engines in the T6 and R Design.

The standard X3 engine (as well as its optional engine) demands premium.

Ditto the Benz GLK and Q5. 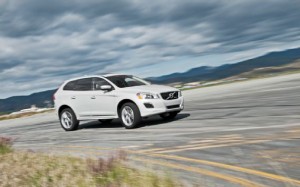 I remember when Volvo was synonymous with slow. And I mean really slow – not slow by modern standards. As in 15 seconds to 60; struggling hard to top 80. That kind of slow.

The T6 R Design I spent a week with is quicker – and pulls harder – than most muscle cars did, back in the day. It may not be quite as quick as the hot rod X3, but it’s still silly fast for the realities of the American road (and American traffic law). If anything, it’s frustratingly quick for American roads. All this power – and no real use for it. Well, there is one use for it. The T6 and R Design have the oats to claw their way into thick-packed traffic scrums and pull expeditiously around the Addled going even slower than the slowed down speed limits of early 21st century America.

My beef is with the base 3.2 XC60, which needs either to lose weight or have some hp bestowed upon it. There’s too wide a gap in performance between the not-quick-enough 3.2 and the more-than-quick-enough T6 and R Design. A 9 second to 60 run puts the $33k XC 3.2 in the same company as $17k economy cars – some of which are actually quicker. I’d be unhappy, having paid $33k for an XC60 3.2, to be outgunned and out-run by cars that cost half as much.

Also: I encountered some slightly strange – “stepped” – brake pedal feel in my R Design test car. As I applied foot pressure to the pedal, sometimes, it felt like there was a slight drop in line pressure – pedal travel seemed to increase briefly, then firmed up. The brakes themselves work excellently; but the feel of them was unusual. I suspect it has to do with the XC60’s very sophisticated City Safe (and pedestrian-avoidance) collision-avoidance system, which has the ability to engage the brakes automatically if sensors detect an object (a person, a tree or another car, etc.) in the XC’s path.

No faulting the XC’s handling, which is tenacious and (as with the power in the T6) several notches above the realistically usable by most American drivers on most American roads. The upshot is the ease – the effortlessness – with which a vehicle such as this can be driven at realistic (legal) road speeds. The change in driving dynamics between say the early ’90s – when SUVs first became big-sellers – and now, in crossovers such as the XC60 – is startling. These new-breed crossovers handle as well as sports cars did back in the ’90s. And do not ride like trucks – like the first generation of truck-based crossovers did.

The only downside is we can’t really make use of all this capability.

But it’s nice to know it’s there. 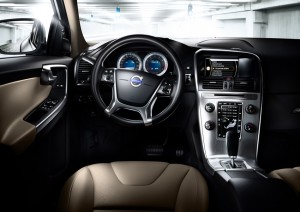 Another obvious parking brake 180 from Volvos of old is the not-boxy design of the XC60. It is every bit the looker that older Volvos weren’t. This is a necessary development for the reason mentioned earlier: Safety is no longer a Volvo exclusive. Most people want more. Safety – and something else. Like sexiness, or at least, stylishness. The XC60 certainly has that: sleekly tapered nose, fast windshield, almost-flush roofrails, prominent dual exhaust (T6 R Design). It is more sportwagony than the SUV-looking GLK and X3. Closer, aesthetically, to the A5. But still very recognizably a Volvo – just a modern one.

The Volvo-ness shows up in things like the very high doors, which are shoulder height at the base of the glass (sitting inside), so as to put thick steel rather than thin glass between the occupants and potential T-bone intruders. The back seats also can be ordered with built-in child safety seats – another nod to Volvo-ness.

One area where function does follow form is back seat access. The entry well is narrow, with a large portion of the rear wheelhouse intruding forward into the space for climbing in and out. While headroom in the second row is very good, even for very tall people (39.5 inches) legroom (36.4 inches) can be tight for the taller.

The dash layout is a paradigm of Swedish simplicity: Two large gauges – 160 MPH speedo and 8,000 RPM tach – with handsome cobalt blue facings. The “floating” center stack, trimmed with stainless steel, cants slightly left, toward the driver – and has a very useful hidden storage cubby behind it. Less user-friendly is the LCD display – which is small – and the multi-function buttons for the infotainment system. 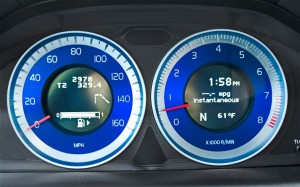 Volvo seems to be managing the not-easy task of sexing up its vehicles without abandoning the qualities that make a Volvo a Volvo – of  appealing to long-term Volvo buyers as well as new prospects.

Now, to be fair, my tested-out T6 R Design had everything – including the $4,450 Platinum package, which adds heated front and rear seats, rain-sensing wipers with heated windshield washer nozzles, adaptive cruise control, the pedestrian detection system with full automatic-braking, lane departure warning and several other items on top of that. Comparably optioned-up, the X3, GLK and Q5 can also crest $50k.

My point is that $50k is a startling sum to spend on what is, after all, ostensibly a compact entry-luxury crossover SUV.

To my mind, the $33k-ish XC60 3.2 makes the most sense. It is considerably nicer than non-luxury branded crossovers in the mid-high $20k range – but not priced so much higher than the non-luxury-branded stuff that you wonder how come it’s not quicker – or that much nicer. 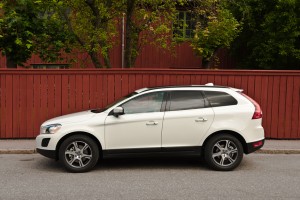