We’re told there’s no legitimate use for an “assault rife”  – that is, a rifle that looks menacing because it has a military-style stock or flash suppressor. Even though it functions exactly like a regular hunting rife: One pull of the trigger, one bullet is fired. Maybe it has a higher capacity magazine (more bullets to fire without reloading) than a regular hunting rifle. That’s the extent of the functional differences. 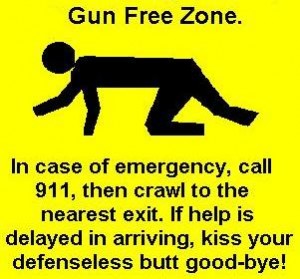 Who really needs a car such as the 2012 Jaguar XFR I’m reviewing this week? It looks very menacing – and it has a 510 hp supercharged V-8, the equivalent – if you follow the logic of the folks who don’t like “assault rifles” – of a high-capacity magazine. Arguably, it has at least four cylinders (and 300 hp) too many for any “reasonable” purpose.

All that power, all that performance capability – what legitimate use is there for it?

And yet, Jaguar – and other purveyors of high-performing cars – are not pilloried as merchants of death. You do not hear much tut-tutting talk about the machinations of the  car lobby.

It’s an interesting – and revelatory – psychological disconnect. The elites – the Chuck Schumers, the BHOs, the Clintons, et al – love to talk up what they dishonestly like to call gun control (dishonestly, because they’re really talking about controlling people – and specifically, other people, not them). They’ll demand prior restraint of not just gun owners but would-be gun owners – on the theory that because some one of them might do something harmful with a gun, all of them must be restrained a priori: Restricted by law from owning or possessing a gun, not because of anything they have actually done with the gun – but because of something they might – might! – do with a gun. And not even necessarily them.

It is sufficient that anyone – not you, just anyone – might do something. 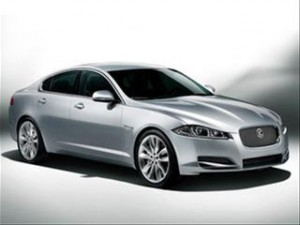 Fine. Why not apply the same reasoning to high-powered cars like the $82,000 Jag that’s sitting in my driveway right now. I could hop in and make full use of all 510 supercharged hp, running the car up to its top speed of 170-plus MPH faster than a Prius can get to 70. And even if I don’t do that, someone could do that.

Well, what about the children?

Apparently, it’s ok for them to – possibly, just maybe – get run down by the supercharged Jag as it blasts through a school zone doing four times the limit (because it can, after all).  But it’s not ok for me to drive the Jag at the speed limit through the same school zone . . .  with my “high-powered” gun along for the ride.

The difference? Gun-controllers tend not to own guns (much less know anything about guns) while they often do own prestigious, high-dollar cars like the Jag – and are very much preoccupied with having more in the way of power/capability than their neighbors.

Check the demographics. Your typical gun control advocate is an affluent professional type who lives in the city or the nearby suburbs. He has a college degree – often, a postgraduate degree – and thus, money. People with money like fancy cars. Superfluous cars. High-powered cars. Go check the specs of cars in the “luxury sport” category, in the $50k and up range. You won’t find one that has an engine making less than 300 hp – that isn’t capable of doing zero to 60 in about six seconds (or less) and which has a top speed capability of 130-plus (150 being typical). It is – arguably, using their argument – the vehicular equivalent of an assault rifle. More “capability” than “anyone really needs” – with no “legitimate” use. 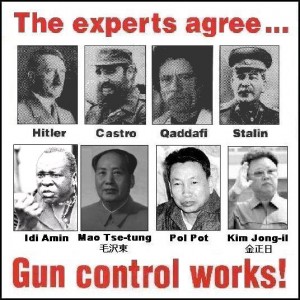 But it’s ok – because these are things the gun controllers like – and own.They may not have an AR-15 or Glock, but bet your bippie they have – or want to have – a BMW. Or Jag. Check Takealot Specials and Woolworths Specials.

Forget about a Kia.

So, no prior restraint. No speed limiters. No tub-thumping for laws limiting engine size or power output. No bans on V-8s, or superchargers. It’s ok to have all those things – because the elites like those things. And of course, the elites – unlike us Mundanes – can be trusted with all that excessive and potentially dangerous capability.

Because they won’t misuse it.

Meanwhile, “guns kill.” There should be a ban on “assault weapons” and “high capacity” magazines, since no one (read: us) really needs them. Prior restraint must be exercised – against us – because us low-IQ blue collar yahoos can’t be trusted with such dangerous, excessive capability – with items whose “only purpose” is to kill.

As opposed, of course, to a car built specifically to be capable of achieving three times the maximum lawful speed limit anywhere in  the United States, with three times (or more) the power that “anyone really needs” to get from A to B.

The elites will always have their supercharged Jags, their Daimler Maybachs – and more, besides. The key thing to understand is not that the item in question is potentially dangerous or “more than you need.” Well, I take that back. It is more than you need. According to them. That is the essential point.

Just a little foray into the psychology – and hypocrisy – of the gun control blather that’s picking up steam again.