If you’re someone who collects old cars (or bikes) you probably spend most of your free time fiddling with them, thinking of ways to make them look (or run) better – and most of all, driving (and riding) them. That’s what it’s all about, after all.

But what happens when you’re no longer around to fix ’em?

I got to thinking about this morbid – but necessary to think about – subject the other day. I have one antique car – and five bikes. My wife knows next to nothing about any of them – beyond that she likes the “old kaw” (as I call the ’75 S1C triple) and really dislikes the “new kaw” (my modified – and very fast – green ’03 ZRX1200). She can drive the ’76 Trans-Am, but has no clue how to work on it.

If I were to, you know, shed my container unexpectedly (and if you’re not old or sick, who expects that?) my poor wife would be left with all these old vehicles and no clue what to do with them. She hasn’t got the mechanical skills to service them. She doesn’t know how to ride the bikes.

And she has no idea what any of them are worth.

Potentially, this could be a massive hassle for her – if I unexpectedly kicked it.

As it could be for the (usually female) spouse of any old car or bike owner, in the event of his untimely demise.

So, I got to thinking it might be a good idea to write down everything. And I do mean everything. For each vehicle, I got a small notebook into which I put the critical information my wife would need in the event I’m not here anymore and she needs to deal with my junk.

Each notebook – and yes, I use old-timey paper spiral-bound notebooks, because they’re more durable than electronically stored files – contains the following: 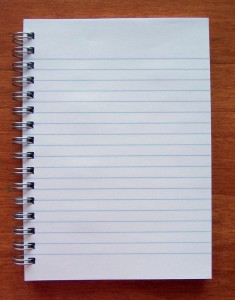 Year, make and model, plus the Vehicle Identification Number (VIN). Is the indicated mileage actual? My stuff, like most people’s old stuff, has been rebuilt – some of it recently. The engine in the ’75 S1C, for example, was completely taken apart and put back together with all new parts just a few months ago. It may be an almost 40-year-old bike, but the running gear (and everything else) is effectively brand-new. The odometer may say 3,937 miles – but in fact it only has about 175 miles on it.

I jotted down the date (and mileage) when all the work was done – very important!

I also described at length what work was done – for example, what, exactly, went into the rebuild – such as the new pistons and rings, the rebuilt crankshaft – and so on. With rebuilt engines, it is helpful to know whether (as an example) the engine was given .030 “over” pistons (or some other size). If you don’t write it down, no one else will have a clue. They’ll have to guess.

I also noted that the bike itself was stripped to the bare frame – and the frame repainted. That it has brand new (and very expensive) “new old stock” (NOS, in car/bike hobby-speak) wheels, as well as a number of other brand-new parts (all mentioned by name). I stated the original color of the bike – and that it is currently painted the original color. It is not uncommon for old cars (and bikes) to be repainted a not-original color. If any of the work was done by a professional (as in my case, the paintwork) I wrote down who – and when and how much.

The notebooks also contain info about how long I owned the machine in question, when and where I bought it – and details about its history. If there is something unique, unusual or noteworthy about the car or bike, that’s in there, too. So, for example, I wrote down that my Trans-Am’s factory color – Carousel Red – is an unusual color. And that it has rare options, such as electric rear defrost and an 8-track tape player.

I also noted any known (to me) flaws or problems; any quirks or eccentricities about this particular machine. For example, the S1C is missing one of the three welded on metal tabs that the battery box bolts to. The previous owner – for whatever reason – had removed one of them. I used a clamp to replace the missing tab. To start the Trans-Am when it’s cold, you push the gas pedal down all the way once to set the choke, then crank. Otherwise, it will be hard to start. The fuel tap on the Kz900 leaks  a little. Things like that. Etc.

Modifications: My old Trans-Am’s engine has been pretty extensively upgraded with high-performance speed parts. I described exactly what I did to the engine, including the camshaft chosen, the machine work done to the cylinder heads, the fact that it has “ram air” factory cast iron headers now (vs. the factory manifolds) and an overdrive transmission – and so on. 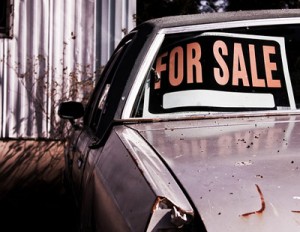 The Kz900 (another bike) has been bored out, so it’s now technically a Kz1015. It has “pod” air filters – and the exhaust is aftermarket. My old Honda, on the other hand, is completely original – including the odometer reading.

I also keep a record of all the routine service work done to each bike: What – and when – and with what. So, for instance, she can quickly ascertain that I did a major tune-up (including valve clearance check and carb synch) on the ZRX in the spring of 2012. She can quickly determine that the Honda got new tires this summer. Not five years ago. Etc.

These are things a potential buyer/future owner will want to know – and which my wife would not know unless she had these notebooks to refer back to. If I’m gone and she needs to sell, she will at least be able to discuss each vehicle knowledgeably.

And – perhaps most important detail of all – I left her details about the current fair market value of each one of my toys (at the time each notebook was put together) and how to go about finding the current value of each vehicle, if that becomes necessary at some future time, and I am not around to do that. You’ve probably heard or read stories about “lucky finds” – about some guy who stumbled onto an old car or bike that had been owned by a man who died and whose wife was just trying to get rid of it. And who had no real idea what it was worth. Don’t let that be your wife. Make sure she has the details she’ll need to sell your stuff for a fair price.

And of course – make sure she knows where you keep the titles. And even better, put her name on the titles. (If you don’t trust her, maybe you shouldn’t have married her.)