Well-intended people often do bad things to their cars – without realizing it, or understanding what the possible consequences could be. So, which is worse? 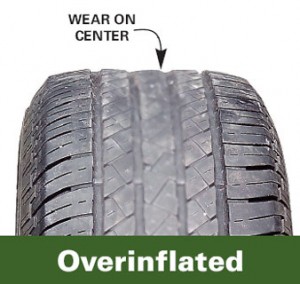 * Under or over-inflating tires?

Excessive air pressure in your tires will result in a harsher ride – as well as faster (and uneven) tread wear. You’ll be paying more for tires – more often. Handling and braking performance may be negatively affected, too.

On the other hand, under-inflated tires are more insidious because people often don’t know – or notice  – that their tires are low on air – mainly as a result of benign neglect and because tires, air valves (and wheels, if they’re aluminum) commonly leak air.  A tire usually has to be really low on air – maybe even close to flat – before it’s visually obvious. Meanwhile, you’re driving around on a tire (or tires) 5, 10 or even 20 psi below the recommended pressure – which can lead to weird handling/poor braking, even a sudden failure due to the heat build-up. The classic case being the Ford Explorer/Firestone tire debacle of the late ’90s. People were driving at high speeds,  on hot days – on under-inflated tires. Which failed catastrophically – and suddenly – leading to numerous wrecks and deaths.

Point being: Check the air pressure in your tires with a gauge – not just by looking at them – at least every two weeks. Be sure they’re all filled to the specified pressure – neither too much nor too little. 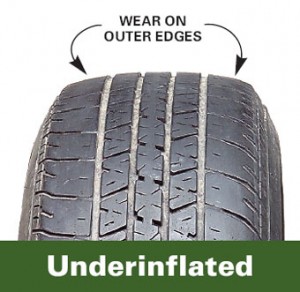 * An extra quart in the crankcase? Or down a quart?

Many people take their cars to a quick lube place for oil changes. These places typically use a gun to shoot new oil into the engine – as opposed to pouring it in a quart at a time. It’s not uncommon for the result of this to be too much – or too little – oil in the engine. What’s the difference?

Running a quart low is less potentially damaging than running a quart over. Reason? If there’s more oil in the crankcase than the engine was designed to hold, that oil has to go somewhere. What happens is it gets turned into a foamy froth as the engine’s reciprocating parts churn it around. This foamy frothy oil is less able to lubricate vital parts -which can lead to a catastrophic engine failure. Or, the excess oil might get sucked into the combustion chambers, where it gets burned – partially – with the resultant oily residue ruining expensive 02 sensors and catalytic converters.

On the other hand, most engines will not be harmed if run a quart or so low for a little while. Since all internal combustion engines use a certain amount of oil during normal operation, it’s expected the level in the crankcase will occasionally be less than “full.” The engineers who designed the engine designed in an extra margin of total oil capacity for just this reason.

The key thing is to be sure to check the oil level immediately after every oil change, if you have your oil changed by someone else – and at least every couple of weeks thereafter. 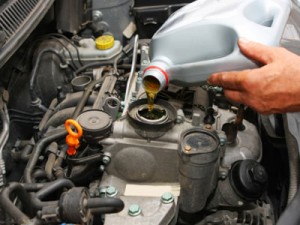 One of the biggest differences between “old” cars – those built before the widespread adoption of electronic fuel injection and computer controls in the mid-late 1980s – and “modern” cars (everything made after that time)  is the warm-up protocol.

Older cars without computers – and with carburetors -needed more cold start hand-holding. It often took a couple of minutes for the choke to turn itself off and the engine to settle into a comfortable (and stall-free) idle. With modern cars, warm-up happens much faster. Most owner’s manuals say it’s fine to drive away normally  immediately after start-up.

Nonetheless, you’ll do your (modern) car a favor by taking it easy for the first 5-10 minutes of driving. Wear and tear is still highest when the engine and other driveline components are cold – even if a modern car’s cold start drivability is much better than an old car’s. By avoiding full throttle starts and being gentle until the entire driveline – engine, transmission, brakes, etc. – and the oil/hydraulic fluid/grease that lubricate these components –  have reached normal (optimal) operating temperature – you’ll help the car last longer. 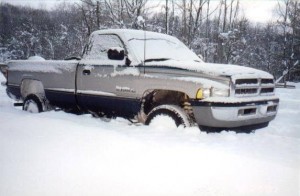 Tip: If your vehicle has a manual transmission, let the clutch out (with the transmission in neutral) during the initial few seconds after start-up, before you actually drive away. This will circulate gear lube inside the transmission, coating all the critical parts. Reduced wear and tear – and easier shifting – will be your reward. (Automatic transmissions do this automatically, whenever the engine is running and no matter what gear the vehicle is in – so you don’t need to do anything.)

Descending a steep grade, which is smarter: Using the brakes to keep the car from picking up too much speed? Or downshifting to a lower gear and using engine braking to achieve the same thing? 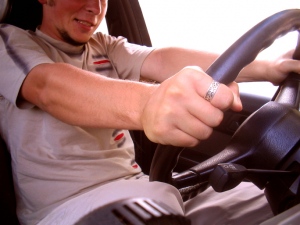 Replacement brake pads (and even calipers and rotors, etc.) are a lot cheaper, usually, than a new clutch or rebuilt transmission. So the argument from the economical perspective is: Use the brakes – and save the wear and tear on your clutch/transmission.

On the other hand, how much is your life worth? Riding the brakes for extended periods on steep downhill grades may heat them up to the point that braking power starts to fade. If that happens, you might not be able to stop the car as quickly (maybe not at all) if an unexpected emergency situation comes up. Cars with high-performance brake pads/systems are more fade-resistant, but they’re not immune from this problem, either.

So, it’s arguably more sensible to put the transmission in a lower gear to keep the car from building up too much speed on extended downhills.

If your car has an automatic, going from “OD” to “D” (turning off the overdrive by pushing the button, if applicable, or just moving the gear selector down one range) is usually sufficient, but you can always go down one more to 3 or even 2 if need be. With a manual, downshift to the gear that maintains the speed you want without your needing to ride the brakes.