I got a bit of a shock today when I made the run into town to buy some oil for one of my vehicles. I use synthetic, usually Mobil 1 or Royal Purple. The stuff is now selling for almost $10 a quart. I am pretty sure that a year ago this time the same oil was going for about $8 a quart. Even regular oil is much more expensive than it used to be. 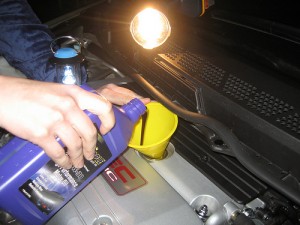 So, to do an oil change in a car that takes five quarts is now at least $25 for the oil (not counting taxes) plus another couple bucks for the filter – call it $30, assuming you do the work yourself. If you use synthetics, it’s closer to $60 – and again, this assumes it’s you doing the actual oil changing.

Inflation, speculation – ultimately, these factors are academic. What matters to the average person is that it’s getting uncomfortably expensive to maintain a vehicle – let alone several of them. I’ve got two trucks, an antique car, five motorcycles and a bunch of farm equipment, including a tractor and a riding lawn mower. They all need oil as much as they need gas.

And man, it’s starting to hurt!

I did a little figuring and discovered I’m spending several hundred bucks a year just on oil changes. And I do the work myself – which means the cost would be probably 30 percent higher if I didn’t.

It’s a good thing that modern, fuel-injected vehicles can go longer in between oil changes. If they still needed fresh oil and a new filter every three months or 3,000 miles, we probably couldn’t afford to drive them anymore!

But if you have older vehicles that do need frequent oil/filter changes, you’re out of luck. Out of cash, actually. There’s no good option: Either you accept paying 40-50 percent more to do what is without question the most basic routine service after keeping your tires at the correct inflation pressure. Assuming you can accept it. Or you risk excessive/premature wear – and bigger expense – arising from your failure to do those increasingly expensive oil changes. 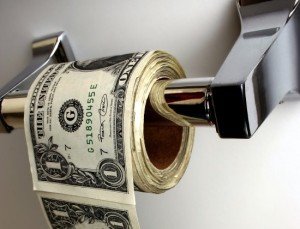 My old muscle car (and my old bikes) are the most expensive vehicles to keep up with, oil change-wise, because they need it done at least twice a year and I only use the highest quality stuff to do it. But I’m beginning to think seriously about ways to keep these costs in line without risking the mechanical well-being of my old friends.

Probably the biggest single factor affecting oil degradation in these older vehicles is raw gas washing the cylinder walls and making its way to the sump (the place in the engine where the oil sits). This is chiefly due to the way fuel is fed to these oldies – via a carburetor. They often seep and leak – the raw liquid gas sitting in the carburetor just drips down into the engine’s guts as the vehicle sits idle. And when you first start the car, incompletely atomized gas – droplets of raw fuel – pass into the intake manifold and from there mix with the oil, diluting it and reducing its ability to lubricate the engine’s internals.

The first issue can be dealt with in a couple of  ways:

* Seal the carburetor’s wells to eliminate or at least reduce fuel seepage. You could also splice an “on-off” fuel tap such as motorcycles have into the fuel line itself, just ahead of where the fuel line feeds into the carburetor. Just before you shut the engine down, turn the tap to “off” and let the engine run until it dies from lack of fuel. Now the carburetor is empty – no fuel to leak into the engine while the car’s just sitting. Or you could replace the carburetor with a fuel injection system. The aftermarket sells kits for most popular car models. Fuel is sprayed into the engine in a fine mist – as opposed to being sucked in by engine vacuum (and often still in liquid droplet form). The problem with FI is the expense: You may not have to change oil as often now, but it’s going to take a long time to amortize the cost of the FI parts you just installed. 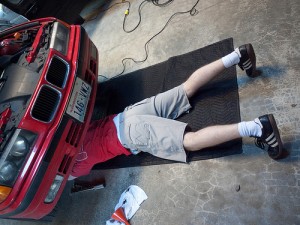 An even better solution, of course, would be to end the Fed and get the economy back on a sound money basis. Then we’d be able to quit chasing our tails trying to keep up with inflation – and go back to doing fun Saturday afternoon activities like doing an oil change without worrying about the cost.