It’s getting harder to pick out cop cars in a crowd – and very soon, it’s going to get much harder still. 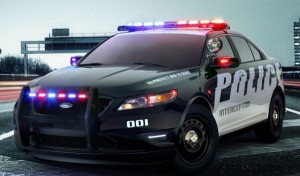 Also, a lot more expensive for us – ticket-wise and otherwise.

You can thank Uncle, too.

The old standby – Ford’s Crown Victoria – is being retired from the force. The last civilian-available Vic was sold in 2011. It could not make the CAFE cut – soon to go up to 35.5 MPG average in 2016 – so Ford cut it from the lineup. A few remainders were sold after 2011 – only to police. But the end of the line has arrived at last – and the Vic is now officially history. The ones you see in service will only be in service for another handful of years before they’re attrited into nonexistence.

Among the models replacing the Vic is  a “police interceptor” version of the 2013 Taurus SHO sedan – and the Taurus, being a much more commonplace car, is going to be a lot harder to spot.

Vics were easy. They stood out from the crowd, because there are very few full-size American sedans left prowling the streets these days – and also because the Vic has very distinct Old Man . . . er,  Old School profile. Once spotted, you only had to figure out whether it was a cop – or a coot – behind the wheel. 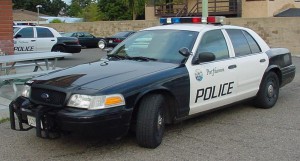 Because only cops – and old coots – drive the Vic.

If you saw a AAA sticker on the bumper – or couldn’t see more than a pair of bony hands clutching the steering wheel at 11 and 1 o’clock – coot, for sure.

If, on the other hand, it had a youngish guy behind the wheel – cop, for sure.

It is also going to cost us in another, less visible way.

Ford could sell them so cheaply because the Vic was a simple (and ancient) platform that cost relatively little to manufacturer and whose R&D and tooling costs had been amortized years and years ago. 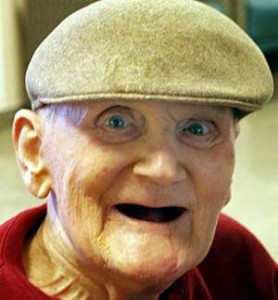 The twin-turbo, AWD Taurus SHO is neither simple nor cheap to make – which is why the civilian version lists for $39,200 – about $13k more per car than the Vic. That’s money that will come out of our hides – when the local cop shop decides it’s time to upgrade. If your sheriff  buys say six of these units, that’s almost another $80k in budget line-items that your (and my) property taxes will have to cover.

Plus, probably much more in the way of down-the-road costs, too.

The full-frame, RWD Crown Vic was tough. It could take a lot of abuse – including, for instance, running up over curbs or running into deep potholes. And if something did break, it was – usually – fairly cheap and easy to repair. The Vic could be kept going for a long time, and for not much money. This is a big part of the reason for its success as a cop car. And as a taxi, too.

The SHO is orders of magnitude more complicated than the Vic. Instead of a simple, proven V-8 that is known to be capable of going 300,000-plus miles with no more than routine service – the SHO’s got those two turbos and a pair of intercoolers. The turbos alone probably cost more than an entire ready-to-go crate replacement 4.6 V-8.

The cop SHO is also all-wheel-drive – vs. simple (and immensely durable and strong) solid-axle rear drive that’s in the Vic. It’ll be interesting to see what happens when these lighter-duty SHOs pop a few curbs – and how well they stand up to almost 24-7 duty cycles that include spelunking crater-like potholes.

Which means, there’ll be even more incentive for revenue-based “law enforcement.”

Meanwhile the turbo V-6 SHO’s gas mileage is hardly better than the V-8 Vic’s: 17 city, 25 highway vs. 16 city, 24 highway. But because the Taurus is sold with other, more fuel-efficient engines – including a turbo four (not used in the cop version) its overall CAFE numbers will be acceptable – or at least, more acceptable. The Vic, on the other hand, was always sold with a V-8 under its hood.

That’s what made it CAFE-unacceptable. 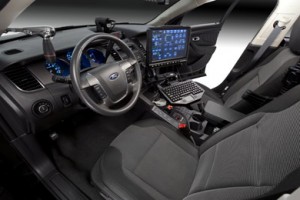 So instead of a full-size, simple – and fairly inexpensive – car, cops will shortly be driving – and we’ll be paying for – a fleet of smaller (mid-sized), much more complicated and far more expensive cop cars that will be used to fleece us even more fiercely . . . because of federal edicts that have made it impossible for Ford to continue building a car like the Crown Vic.

The cop Taurus, in addition to being less easy to spot – and vastly more expensive to buy and maintain – is also going to be a lot harder to get away from.

The cop-spec Vic was pretty much the same Vic Grandpa drove. It had a few heavy-duty components, but where it counted – under the hood – it had the same basic (and pretty wimpy) 4.6 V-8. Just 239 hp – and no balls at all. The “police interceptor” version – with “performance” exhaust – got up-rated to 250 hp. It still needed 8-plus seconds to get to 60. Not much of a challenge, if you were so inclined… .

Well, the new Taurus SHO Police Interceptor is packing 365 hp – and can get to 60 in just 5.8 seconds. It’s also much faster on top – with a reported top speed well over 150 MPH. The Vic couldn’t do 150 without a JATO rocket strapped to its roof. The AWD will make it capable of effective pursuit in poor weather, too.

This unit will also have the latest version of what they called SCMODS in the old Blues Brothers movie. You know: State, County, Municipal Offender Data System – SCMODS. Only this is for real and includes such techno creepiness as automatic license plate readers. The better to ticket you with, my pretty. 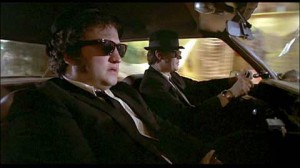 The cop version of the SHO has some other features the civilian model doesn’t, including “ballistic” (bullet-resistant) door panels and structural reinforcement that make it able to withstand being rear-ended by another car doing 75 MPH. This means the cop car SHO probably costs more than the $39k civvy version of the SHO – the exact reverse of the deal with the old Vic, which sold for less than the civvy Vic, because it (the cop car) usually had less equipment than the Vic Grandpa drove.

This new cop car SHO also has something else Ford won’t sell you or or me: A simple, mechanical key. No transmitter fob! It “…does not have a microchip, so replacement cost of the key is only what you’d pay for a key at the local hardware store,” croons Ford PR.

Well, at least the keys are cheap.

But of course, we’ll be paying for them, too.