It still says, “legal tender for all debts, public and private” – but it’s becoming clear the powers-that-be would much prefer you used something else. 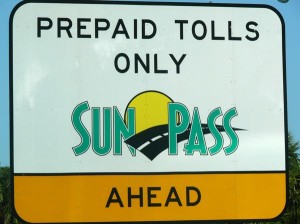 Besides cash money, that is.

Increasingly, they are insisting.

A few weeks ago, for example, the 11th U.S. Circuit Court of Appeals ruled that a motorist on a toll road who tries to pay the toll with cash may be physically detained – and forced to submit to an an interrogation. (PDF of the ruling is available here.)

Last year, Florida residents Joel, Deborah and Robert Chandler were driving on the Florida Turnpike – hilariously  named The Less Stressway – when they came upon a toll both, operated by private contractor Faneuil, Inc. for the state of Florida. They attempted to pay the toll with legal tender – cash. A $50 bill. Faneuil, Inc. really wants people to use “SunPass” electronic transponders and has eliminated cash toll lanes on a section of the Parkway between the Exit 1 and Exit 47 interchanges in Miami-Dade County. This happened to be the stretch of road on which the Chandlers were driving that day.  They did not have the electronic “Sun Pass” transponder – perhaps because, like many motorists, they don’t like the idea of a government-issued (or corporate issued) electronic transmitter in their vehicle – which can track their vehicle. The transponders make it easy to monitor where a car goes, when it goes – and how quickly it goes. Reasonably, many people – including the Chandlers – prefer not to be so monitored.

So, they tried to pay the toll with cash.

This was refused – and then they were physically detained by not being allowed to proceed through the toll. Since it is illegal to back up on a highway, they had no choice but to sit there until the toll operator – now, for all practical purposes their jailer – raised the gate and allowed them to proceed. Which he would not do until the Chandlers “complied” with the toll collector’s demand that a Bill Detection Report be filled out. This report included information about their vehicle as well as the Chandler’s driver’s license info, which they were compelled to provide. 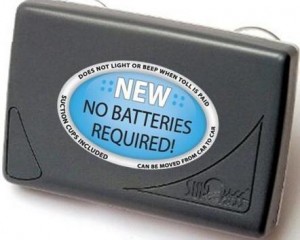 Now, the Chandlers paid – well, tried to pay – their toll with a $50 bill. Some might consider that “too large” a bill for paying a mere toll. But leavings aside that tolls can often easily exceed $20 – and leaving aside that a $50 bill is  legal tender – the court ruled that it’s ok to force motorists to stop and accede to the Bill Detection Report rigmarole for trying to pay their toll with much smaller denomination bills, too – including $5 bills. In principle, Fanueil has “outlawed” cash – period. On a state road, mind. That is, on a public road.

The state – and not just Florida – is determined to force-feed electronic transponders to the masses. The better to keep track of you, my pretty. The ultimate object is, of course, to have all vehicles on all roads fitted with these transponders.  It will make it so much more efficient, you see, to collect tolls. Also to issue “speeding” tickets – automatically. Perhaps also to restrict when you may drive – and when. (For more on that, look up “congestion pricing.” Transponders are essential for that little project.)

The state – and its pit bulls in the “private” sector – are literally salivating at the prospect. (Especially Republicans like Mitt Romney, incidentally – who love efficient government.)

Well, the Chandlers decided to avail themselves of the courts – which, ostensibly, are there to support the correct application of the law. Such as the law that still says Federal Reserve Notes are “legal tender for all debts, public and private.”

It does not say some debts.

It says all debts.

Not that it matters to the appropriately black-robed thugs who operate the courts in this country. Saith the Lawgivers:  “In Florida, a person’s right and liberty to use a highway is not absolute.”

But of course, that’s not the issue at hand. 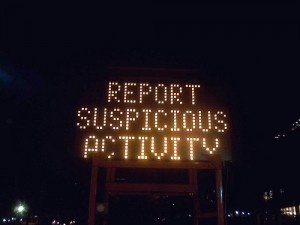 The Chandlers weren’t debating their right to use the highway.  They were questioning the right of the state – via its proxy, Faneuil, Inc. – to refuse to accept what is still legally legal tender in this country (which ostensibly would include Florida) and, when the state refused to accept an attempted payment tendered legally, with legal tender, to detain them like criminals and force them to provide personal information – including their IDs, with all the information contained on those IDs – to a toll both operator.  To some minimum wage low-life, in other words, who could then use that information to commit identity fraud, obtain credit cards – do god-knows-what.

And get away with it.

And the courts endorsed it. 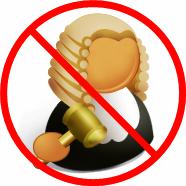 “The fact that a person is not free to leave on his own terms at a given moment, however, does not, by itself, mean that the person has been ‘seized’ within the meaning of the Fourth Amendment.”

This is reasoning only a law school graduate can comprehend. The Chandlers, after trying to discharge a debt using legal tender currency, were compelled by the threat of implicit violence to remain in situ – and then to hand over their “papers” – or else.  And the black-robed thugs decree that the Chandlers were not ” ‘seized’ within “the meaning of the Fourth Amendment.” The amendment which states:

“The right of the people to be secure in their persons, houses, papers, and effects, against unreasonable searches and seizures, shall not be violated, and no Warrants shall issue, but upon probable cause, supported by Oath or affirmation, and particularly describing the place to be searched, and the persons or things to be seized.” (Italics added.)

Is it reasonable to detain – and search – people who have done absolutely nothing unlawful?

The answer ought to be as clear as “legal tender for all debts, public and private.”

Unfortunately – for us –  the plain language of the 4th (and 5th and soon the rest) of the Bill of Rights is just as ignored as the simple, impossible to misconstrue statement clearly written on all U.S. currency.

It did not get that far, but had the Chandlers refused to give up their IDs, declined to provide the information demanded by the toll cretin for his Bill Detection Report, it is a certainty America’s Swinest would have arrived on the scene to enforce compliance. Had the Chandlers in any way “resisted,” they would have received the now-usual summary judgment in the street.

And the courts would have endorsed it.

This is the new America a-borning. A place in which it is suspicious to buy a cup of coffee at Starbucks with cash. A place in which trying to pay a toll with cash – the proverbial coin of the realm – is de facto illegal and sufficient pretext for to waylay an innocent traveler, detain and interrogate him. In which a private contractor, acting as the state’s rent-a-thug, can bully people into accepting electronic transponders – by making it an ordeal to pay for a toll with cash.

Remind me, please. What, exactly, are “our troops” fighting for again? I vaguely recall something about “our freedoms” being in need of protection.