When we were kids, some of us wondered what a Milk Bone dog biscuit tasted like – and a few of us (me) went ahead and tried it. Others sampled Play-Doh (so tempting) or maybe those felt-tip pens that smelled like they’d taste good. 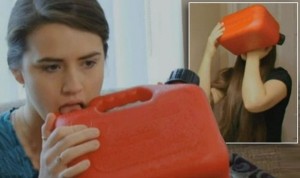 Well, here’s some stuff you probably have in your garage that you don’t want down your gullet:

It’s tempting to use your mouth to get suction going when you’re trying to drain fuel out of one container and get it flowing into another. But what’s good for your engine is not the ticket for your insides. Gasoline will burn your esophagus, stomach and intestines – if it gets that far. Probably, you’ll involuntarily chuck it back up, burning the lining of your throat (and mouth) a second time. If enough permeates your tissues, it can cause life-threatening damage to your heart, liver and stomach. If you need to siphon fuel, get the proper tool – which isn’t your mouth.  A manual siphon pump can be picked up for less than $30 at any auto parts store – much cheaper than a couple of days in ICU.

Gasoline fumes are also bad news.  They can knock you out – or (much worse) explode, if there’s an ignition source in the vicinity.  When raw fuel is present, make sure there is adequate ventilation – and make even surer there’s nothing around that might spark. 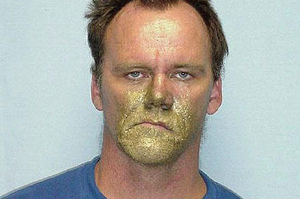 One can work miracles with a can of the stuff when a proper compressor and spray gun aren’t available. But just because you’re not using a compressor and a gun doesn’t mean you shouldn’t be wearing a mask to keep from inadvertently huffing the stuff. The chemicals in aerosol paint are bad news – carcinogenic and (apparently) mutagenic. That’s bad news for you – and your potential progeny.  Always wear a mask when spray-bombing. And  try to work in an area with decent ventilation.

Battery acid is obvious; everyone knows enough to not get the stuff on exposed skin – or exposed chrome or painted surfaces, either. Most modern batteries are sealed – but that doesn’t mean they can’t leak. Battery cases can crack. If you see signs of wetness around a battery, work carefully – and wear gloves. Rubber gloves (not permeable cloth gloves) that will keep the acid from contacting your skin. If some does get on your skin, immediately wash it off thoroughly with soap and lots of water.

Battery gas is trickier – because you can’t see it.  The chemical reaction inside the battery produces hydrogen gas. If there’s enough present – and you present an ignition source – the battery could literally explode in your face. It can and does happen. Which is why it is very important to be very careful when using cables to jump-start a car. In particular, try to avoid connecting both cables directly to the battery terminals. Connect the black (usually) ground cable to engine itself, or a metal bracket on the engine before you connect the red (usually positive) cable to the + terminal on the battery. This will help prevent a spark near the battery – and so reduce the chances of the battery exploding. Of course, always be absolutely sure  which terminal is + and which is – before you hook up the cables! 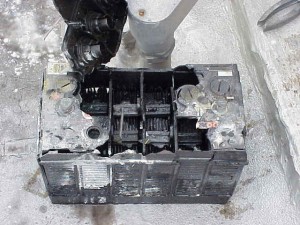 Tip:  If you’re working on a vehicle with side-post terminals in tight confines (GM vehicles) take off your wedding ring before messing with the cables. The conductive metal of the ring could result in a short – and serious burns – if you accidentally touch the wrong thing.

AKA, antifreeze. You are probably smart enough not to take a pull – but your dog or cat might not be. The stuff kills quickly – and horribly – if ingested, by shutting down your kidneys. Blindness is another fun side effect of consuming ethylene glycol. It’s easy to leave the stuff in places where animals (and even small kids) can get to it because it’s almost impossible not to maker a mess when draining a radiator or changing out a water pump. A really large catch bucket is good to have. Even better, lots of old towels to mop up any puddles. Hosing down the area where you worked is good policy, too. And if despite your best efforts someone – or something – manages to lap  up some of this stuff, get them to the ER as fast as your wheels can carry you.

First, They Came For The Station Wagons…