Many of the problems in driving in the USA as well as the larger society is that courtesy is backwards. Instead of not doing something rude, instead of not imposing on others, people go ahead and do it and then expect others to be courteous to them. It causes or contributes to everything from traffic congestion to economic and political problems. 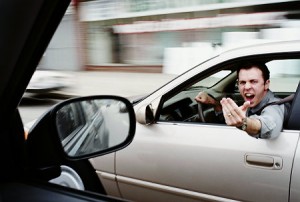 Now some might not understand what I am getting at. I have a simple example from my experiences on a condominium board of managers. I’ve experienced it multiple times. One day someone had their SUV in the parking lot, hood up for access to the battery and they were playing with some sort of toy boat in our pond. I was getting calls about it. So I go out there to find out what’s going on. When I inform the father (kids playing with the boat) that this is private property he tries to say he lives across the street and thought he had access. I always get that story and it’s always BS. I tell him he doesn’t and our insurance doesn’t allow for recreation on the pond and since I know he’s there I can’t just look the other way without risk to the association. I tell him it would be best to “get out of here.” He then says why didn’t I put it more politely and tells me he is in law enforcement. I just look at him. He packs up and leaves.

Now if it were just that once I could understand. But it’s been everyone from teenagers attempting to create a teenage pregnancy on our property to couples having a picnic to kids playing football in the parking lot. Each approach has been the same. I inform them this isn’t a public park. I point them at the no trespassing sign that each and every one of them was either directly in front of or walked past. But it’s the same thing, they don’t feel I am courteous enough to them. The kids playing football asked me why I was being such an “asshole” about it when they had not “hit any cars.” Why should I have been courteous? I had to stop what I was doing, go down there and deal with them. I didn’t ask them to come by. But they want to be treated courteously or argue with me. Now I understand why people just call the cops. But I don’t believe in that and really I don’t want to be responsible for someone getting killed because of it.

By now either most readers are wondering why I am going through these experiences or thinking I am some kind of killjoy. For my point it’s not so much that they were trespassing but what they expected after being caught trespassing. Courtesy. I was supposed to ask them to leave politely or just upon finding out they were “good people” allow them to stay. Not command them to leave. How horrible it was of me to expect them to leave my property.

This is how it works throughout American society. It’s not rude to behave rudely, to impose upon others, it’s rude not show the rude person proper courtesy. That’s why we have people who can’t merge properly. Who pull out into traffic and expect others to compensate for them. It’s never their rude initial act that’s the problem but always how someone else responded or did not respond to it. In the political arena it’s not that some new tax or control was imposed but how someone reacted to it. How they wouldn’t go along or worse how they exposed it for what it really was. They are rude. Not the initial imposition.

Why must we be polite to rude people? Why should we always need to politely ask rude people to stop being rude?

It’s as if some sociopath got a hold of the rules of society and changed them to his benefit. It’s like all the laws about having to “opt out” of this or that. It’s always about asking very meekly and politely for the rude people to stop doing whatever they are doing. Telemarketing? Selling your data? Having a picnic on your lawn? Making out in their car parked in your driveway? Telling you how to live your life? It’s about asking them politely through the proper channels and mechanisms to stop doing what they should have never been doing in the first place.

This brings to mind another example. When I’ve lived in dorm rooms or apartments, when a neighbor was being noisy, playing music loudly in most cases, they would get upset that I would bang something on the wall or bounce a ball off the ceiling. They knew what they were doing. They knew what message I sending them. They were angry at me for not getting dressed, going out into the hall, going to their door, knocking, waiting for them to answer, then asking them politely to stop. They wake me from a sleep at 7 a.m. or whatever and I am supposed to go through hassle to be polite to them? One neighbor even complained to the management company about me not coming to their door to ask them to stop. The letter from the management company had all the particulars correct… but I was rude for not asking politely.

I’ve been told in arguing libertarian viewpoints that I am rude. Why am I rude? Because I don’t properly use socially submissive terms to accept that the Democrat and Republican views are valid. I didn’t first accept their rude ideology of imposition to be legitimate. The initial impositions of Democrats and Republicans is never done politely. It is just done. Democrats and Republicans can even call those with libertarian views all sorts of names, but if the libertarian doesn’t even go there, just confidently expresses himself, he’s rude. It’s baffling to me.

I think my experiences are hardly unique. But I believe that few ask why is it this way and why is it permitted to be this way?

It is in driving that I first noticed things were backwards. Some guy blocking the passing lane? Flash to pass him? No. That’s “rude.” Not that he was blocking, that’s not rude. Flashing to pass, telling him to move over, that’s rude. Honking at someone who doesn’t move on green signal? That’s rude. Not sitting there on a green. On and on and on. Example after example where the rude act is perfectly fine and the other person has to beg for the rude person to stop doing what he’s doing.

I started doing social experiments. Instead of honking or flashing lights I’d do what it took to just go around. Sometimes it was as rude as the initial act. What has happened? Absolutely nothing. Just the other day I was stuck behind someone who wasn’t moving on green turn arrow. So I moved into the straight lane, went around this driver returning to the turn lane and made my turn. Nothing. Technically it was queue jumping, not polite, but it was accepted without a peep.

So I understand how the society works. Be rude, have others ask for it to stop. How did this backwards way of doing things get started? I have no idea other than it has been a longstanding manipulation of people from the time they are children. I can think of nothing else. Perhaps others will put their best ideas forward below. I just know this is the wrong way of doing things. Think about how much better everything would work if it was courteous to just not be rude in the first place? That there was no expectation of courtesy to being asked to stop rude behavior? Or maybe I am just wrong, that using the model of German driving, where being polite in the first place is what is socially reinforced instead of being polite to rude people won’t work better. I think it can only make for a better society and better world, of course then the sociopaths who run things would have a much more difficult time of it.