I’d like to – and would – if “the troops” were actually defending “our freedoms” – rather than stomping the freedoms of people across the globe. Us included, I hasten to add. Because you can’t expect “the troops” who brutalize people abroad to not come home and abuse the people here. The mindset – and the precedents set – cannot be compartmentalized. Brutality – contempt for other human beings – cannot be turned off and on. The transformation of Andy Griffith into Officer 82nd Airborne is no random happenstance. 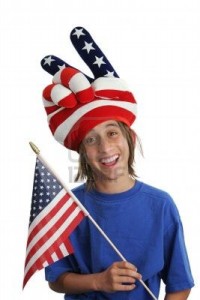 It has happened for a reason.

The casual bloodlust of the average American – safely cocooned in front of his TeeVee (probably watching fuuuuuuhhhhhhhtttttball) also has consequences. Osama was right. You send troops to other people’s countries, topple their leaders, drop bombs on them from afar. It tends to annoy those people. Some will try to hit back. We call it “terrorism.” Just as the British of King George III’s era called the insurrectionist colonists who dared to fight back “terrorists.” Just as Reinhard Heydrich’s SD thugs called the partisans in the occupied east a few generations later. Just as we – “we” being the comfortable couch potatoes watching “the game” – call anyone who dares object to the American Imperium – and its imperial storm troopers.

No one wants to hear this, of course.

The troops are “fightin’ fer freedom,” god bless ’em. Just exactly as the legions of the Wehrmacht had belt buckles stamped Gott mit uns – and fought for freiheit, too. Or so they were told.

As we are told today.

I don’t want the kid to have his legs blown off. But I also do not want him to blow the legs off people in far-away lands who have done me no wrong – and done the kid no wrong, either. When he does so anyhow – I am complicit. As are we all. Because we cheer – and we pay. We “support the troops” – by paying the taxes that make it possible for the troops to do their thing. Such as this thing, for instance.

If not, we should not be surprised when our turn comes. 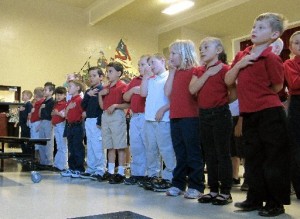 Which it will. Has, in fact. Already, we are treated not much different than Iraqi and Afghan peons by buzz cut – and probably recently discharged – Officer 82nd Airborne (ret.). Do anything less than Submit and Obey – immediately – and you know what comes next. “Freeze” drills at the airport. The Holocaust Shuffle.

We face a government headed by a sort of elected Fuhrer, who issues befehls – increasingly, without even the pretense of “democratic” process. The rule of law is null and void.

I once saw a taped interview with Arthur Harris. Bomber Arthur Harris. The man who firebombed Dresden and other German cities. Not for the purposes of achieving any military objective. But specifically for purposes of terror and revenge. To inflict horrors on the ordinary Germans who gave their assent to Der Fuhrer. To make them suffer. He once said openly: “The Nazis entered this war under the rather childish delusion that they were going to bomb everyone else, and nobody was going to bomb them. At Rotterdam, London, Warsaw and half a hundred other places, they put their rather naive theory into operation. They sowed the wind, and now they are going to reap the whirlwind.”

And, I fear, so shall we. Like this, for instance. And much worse besides.

If, that is, we continue to Support the Troops…