Here are some good – and some not-so-good – reasons to buy a new  car.

Or a used car: 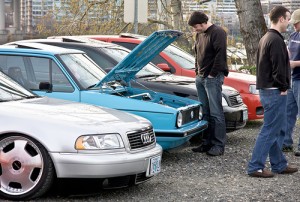 Generally, you’ll pay a higher interest rate on a used car loan – in part because the loan term is usually shorter. That, in turn, can lead to a higher monthly payment vs. what you might have paid for a new car.

If financing a used car for $400 a month for 36 months means that for the next three years you’ll have very little reserve cash on hand to deal with unexpected expenses, it might be smarter to sign up for the new car loan at $250 a month for five years – if it means you’ll have more financial cushion in case something you didn’t anticipate comes up.

A good rule of thumb – if you really want to be safe – is to figure out the absolute maximum monthly payment you could afford – and then cut that in half and buy whatever car that sum will allow you to buy. New or used.

Even better – pay cash. This way, you avoid the problem of interest payments – and the car is yours as soon as the paperwork is done. No liens, no debt hanging around your neck. It’s a nice feeling – even if the car itself is nothing more than a $6,000 used Yaris.

Because it’s your Yaris.

* Anticipate higher – and sooner – maintenance costs if you buy a used car . . .

A new car will usually not need major repairs – and if it does need them, you won’t be the one paying for them. They will be covered under warranty. This may be the single biggest plus of buying a new car – especially if you’re not someone who works on cars and so have to rely on others to fix them when they break. And pay them to fix them.

Also, the normal wear and tear items – things like tires, brakes, tune-ups, etc. – are distant, down-the-road issues with a new car. Other than gas and routine oil/filter changes, you shouldn’t have to worry about having to get stuff fixed or replaced – for at least the first four or fives years.

When you buy a used car, on the other hand, you may need to buy tires for it, too. Or get brake work done. Right away, too. And – unless you buy a used car that still has some time left on its factory warranty (or you buy an extended warranty) anything major that blows up in your face will be entirely your problem.

This adds a level of “due diligence” to the process – it’s up to you to carefully check the car over (or have it checked it out by someone competent to do so) before you buy it. A given make/model new  car sold at one dealership will be exactly the same as the same make/model new car sold by the dealer down the road. You can focus on the deal rather than the car. But with used cars, the deal can matter less than the car – or at least, it (the condition of that particular used car) matters as much as the deal. A good deal on a crap car is no deal at all.

Be aware, also, that some makes/models require very expensive service at certain time/mileage intervals. For example, timing belt replacement. Be sure to educate yourself about such potential costs – and factor them into your buying decision.

And: If you buy used – even if the car seems solid –  it’s a smart idea to set aside some money for “just in case” repairs. Because more likely than not, you’re going to have to deal with them. 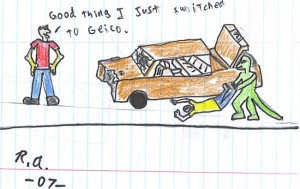 If you buy a car and buy it outright (no financing) you can choose a lower-cost liability-only policy that doesn’t cover physical damage to your car in the event of an accident. This can knock your insurance costs down to maybe a couple hundred per years vs. two or three times that for a full-coverage comprehensive policy – which you’ll be required to buy if you finance, whether the car is used or new.

This can save you thousands of dollars over a period of just a few years. However, don’t forget that you could face having to pay for repairs out of your own pocket – maybe even buy a replacement car on your own – if you do get into an accident. If you’re a good driver, the odds are pretty low, but things can (and do) happen. Here again it’s good policy to have some money set aside for “just in case” so you can deal with things like having a fender replaced if you accidentally bag a deer with your Honda – without having to head for the pawn store first.

Also: Though premium cost for used vehicles tend to be lower, some insurers will lower their rates for a new car equipped with the latest safety equipment vs. an older, used car that may not have these features. Of course, rates also vary depending on the type of vehicle. It may – and probably will – cost you a lot more to insure a used Corvette than a new Camry.

Shop insurance quotes before you decide to buy a car – new or used.

A brand-new car should last longer than an older, used car – which by definition has already been used. It has miles on the odometer – and so, wear on the various bits and pieces. Even if the car has just been sitting, the clock is still ticking.

And while a new car will depreciate faster at first, it should also be worth more, longer – again, because it starts out having higher value. 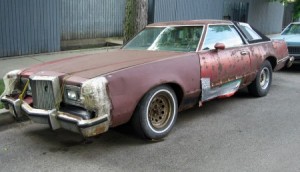 On the other hand, late-model used cars with 40 or 50k on the clock will usually go at least another 100,000 largely trouble-free miles if you don’t abuse them and maintain them properly, especially the basic stuff like regular oil and filter changes. And if you get a really good deal on a four or five-year-old used car and drive it for another 8-10 years or more, depreciation won’t be as much of a factor anyhow since by the time a car (any car) is pushing 10-12 years old, its value has pretty much plateaued – regardless of whether it was originally purchased new or used.