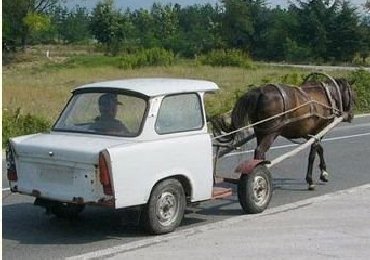 Back in the late ’70s, engineers over at Chrysler came up with a way to help their existing engines – which had been designed back in the 1950s and ’60s – stay compliant with emissions control requirements  passed years later. It was called Lean Burn. Some of you may remember. By increasing the air in the air-fuel ratio  – “leaning out” the engine – and electronically controlling ignition timing, hydrocarbon (HC) emissions can be significantly reduced. 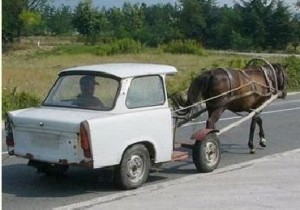 It wasn’t a bad idea. In fact, it was a good idea (see here for technical details) and the essential components – electronically controlled ignition – are standard equipment in all new cars today.

The problem was the technology Chrysler used at the time wasn’t quite ready for prime time. Glitches plagued the early Lean Burn engines. The electronic controls were sometimes balky – and mechanics of the era often couldn’t diagnose/correctly repair the system when it acted up. 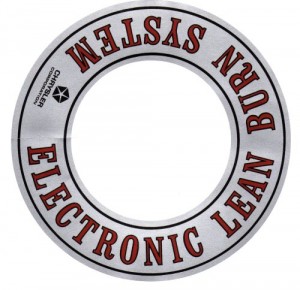 Ford – like many current car companies – sees turbochargers as a way to comply with escalating federal fuel-economy mandates while also maintaining the power/performance levels customers expect. Ford calls its line of small-displacement/high output – and high efficiency – turbocharged engines EcoBoost engines.  They range from a 1.0 liter three-cylinder in the 2014 Fiesta subcompact to the 3.5 liter V-6 (with two turbos) used in the Taurus SHO and the full-size F-series pick-up truck. In the latter applications, the turbo V-6 delivers the power/performance of a V-8 with the economy of a six. In the Fiesta, the tiny 1.0 liter engine provides the on-demand output of a larger four – but much better gas mileage when you’re just poking along because only three cylinders are consuming gas as opposed to four of them.

Again, it’s not a bad idea. 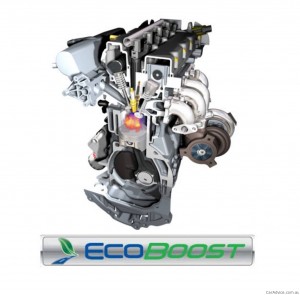 But – once again – there may be some teething problems.

The Detroit News is reporting that some owners of EcoBoosted Ford vehicles are complaining – suing, actually. They are claiming that their vehicles lose power – and shudder – during acceleration. One lawsuit (a class action lawsuit) in Louisiana – see here – another in Ohio. Reportedly, the National Highway Traffic Safety Administration (NHTSA) has received about 100 complaints about EcoBoosted Fords – most of which seem to be directed at either the Taurus SHO or the F-150.

The lawyers representing the plaintiffs in the Louisiana case state that “Many Ford F150 EcoBoost owners have reported that their trucks have stalled, shuddered, failed to accelerate and/or entered into limp mode while driving.”A writer for Green Car News described a similar issue with the ’14 Fiesta (see here).

Reportedly, Ford has issued Technical Service Bulletins – these are memos to mechanics – about a component of the EcoBoost system called the Charge Air Cooler – which suggests that there is a problem and that Ford is aware of it.

Whether it is an isolated/small problem – or a big problem – remains to be seen. If it turns out to be a big problem, Ford is going to have a big problem. Because the automaker has committed big-time to the EcoBoost concept. It’s not just one model of car that’s potentially affected – as in the case of fire-prone Pintos back in the day. This situation involves engines used in several models of Ford vehicles – and a concept that Ford intends to apply virtually across the board, to every car (and truck) it makes.

If Ford – like Chrysler in the ’70s – put EcoBoost into mass production before it was fully sorted out, the fallout could be catastrophic.

Because Ford today – like Chrysler then – was pressured to get the new technology into showrooms as rapidly as possible. Not because consumers demanded it.

But because government mandates more or less required it.

In the ’70s, Chrysler was faced with the Hobson’s Choice of prematurely “retiring” – that is, throwing away – engines (specifically, big V-8s) that  could not keep up with emissions control edicts passed years after they had been developed and which they weren’t designed to comply with – or fitting them with not-quite-ready-for-prime-time electronic controls in order to get them past the government’s gantlet. 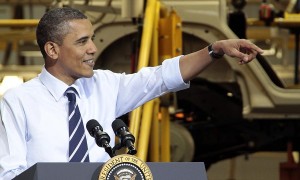 It’s not market demand that’s the impetus behind EcoBoost. It is the urgent need to dramatically (and quickly) improve the fuel economy of cars – and trucks – in order to meet government mandates while also satisfying customers’ desire for a certain level of power/performance. Ford – and everyone else in the business – knows that while politicians who ride around in taxpayer-subsidized 6,000 lb. armored limos with V-8 engines that get 6 MPG love to croon about 54.5 MPG cars (the “target” for 2025) the truth is that most buyers don’t want a 54.5 MPG car … if that car needs 30 seconds to get to 60.

They expect performance and economy.

Thus, Ford – and everyone else making cars – must try to reconcile conflicting requirements, one natural (customer preferences) the other artificial (government edicts) and they must do it right now. 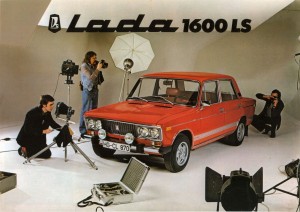 In a free market – one where a car company is free to build cars its customers want as opposed to the kinds of cars government demands – Ford would have had more time to sort out Ecoboost. And to bring it out – at first – on a limited basis, to gauge customer response as well as to limit any potential problems arising from unforeseen technical glitches.

Unfortunately, we don’t have a free market. We have a top-down, increasingly Soviet-style market. One in which “experts” – politicians and bureaucrats – dictate to engineers “on behalf” of customers, who are deemed to be too stupid to know what kinds of cars they ought to be driving and so must be told which cars they’ll be driving.

It’s probably only a matter of time before the U.S. car industry ends up producing cars like the Soviet car industry produced.