It can also cause problems in older (and especially occasional use) vehicles and power equipment not originally designed to withstand high alcohol-content fuels.

The main worries are: the alcohol eating away at rubber and plastic parts not made to deal with alcohol-rich fuels – and corrosion (from water accumulation courtesy of the alcohol in the fuel) eating away at the insides of metal parts such as metal gas tanks and fuel lines. Both of these worries are more likely to become actualities if the vehicle – car, bike, lawn mower – is left unused for extended periods of time, in particular because of the increased likelihood of moisture accumulation within the fuel system and also because E10 (that’s what “gas” is nowadays) doesn’t have as long a shelf-life as 100 percent gas. It goes bad sooner – leaving you with problems.

Regular use is the first thing you can do to avoid the ethanol blues. Run whatever it is for at least half an hour at least once a month. This will keep fresh fuel (or at least, fresher fuel)  in the carburetor – which will mean less moisture in the carburetor. If it’s an old bike, turn the fuel tap to off just before you shut down the engine and let it run until the carbs are empty. Do the same with lawnmowers and so on that also have on-off fuel taps (and if yours doesn’t have an on-off fuel tap, consider installing one). This helps avoid problems associated with gummed-up carburetors caused by the fuel sitting in the bowls dissolving rubber seals and so on – and corrosion caused by water in the fuel.

Also try to top off the tank when you’re done. A full tank is less prone to moisture forming inside from condensation/heat cycling – and the new fuel will help freshen up the old fuel that’s still in the tank. 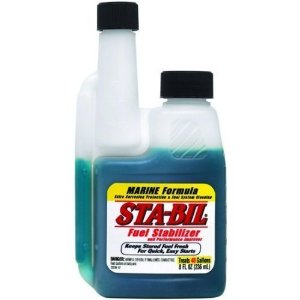 And before you top off, add some fuel stabilizer, such as Stab-Bil. Most people in the know know about the reddish-colored “normal” Sta-Bil, which has been around for years and which is sold almost everywhere, including most auto parts places. But Sta-Bil also sells a bluish-green tinted Marine Formula stabilizer (see here) designed for dealing with the “moisture laden environments” associated with ethanol-laced fuel. It is more concentrated and has double the amount of corrosion inhibitor – and four times the amount of fuel system cleaner – than “standard” (red) Sta-Bil. It is specifically formulated to prevent phase separation – water settling out and forming a layer on the bottom of the fuel tank.

For occasional-use stuff – such as classic vehicles and outdoor power equipment – this is the stuff.

If you know you’re not going to be able to run whatever it is for six months or more, it’s probably a good idea to store it dry – with no fuel in the system. Even though Sta-Bil and other fuel stabilizer claim that their products can prevent fuel from degrading (and your machine from being gunked up as a result) for as long as a year when properly dosed, draining the tank/carbs/lines is arguably one of those better-safe-than-sorry things. There’s no harm done by doing it – and you may avoid a great deal of harm by doing it. Or at least, a lot of hassle if you end up having to tear apart/rebuild a gunked-up fuel system after long-term storage. Use an aerosol fogger to protect the interior of  emptied fuel tanks (such as motorcycle/power equipment fuel tanks).

A more permanent solution is to coat/seal the tank. There are several products available, including Kreem and POR-15 both of which I’ve used myself and can personally vouch for.  These products prevent ethanol-related degradation/rusting of metal tanks by  laying down an impermeable barrier between the metal and the fuel.  Newer vehicles (and equipment) typically have fuel tanks made out of composite plastics made to withstand ethanol – and which can’t rust. But older metal tanks are very vulnerable to rusting, even if fresh (and treated) fuel is used. Sealing them will solves that potential problem effectively forever – for the life of the tank, anyhow. 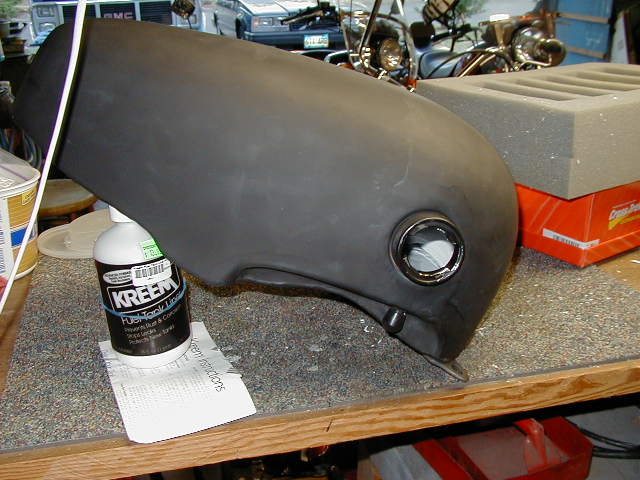 You may also want to think about replacing original (and so, pre-ethanol) rubber fuel lines with modern rubber lines designed to withstand ethanol-laced “gas.” Ditto the hard steel lines in, for example, older cars. Like metal fuel tanks, they are very susceptible to rusting from the inside out. Replacing them with stainless steel will eliminate that possibility.

In the interest of fairness, these must be mentioned:

Ethanol has goosed the octane rating of fuel – which in turn has allowed the car companies to build mass-market engines with high-compression engines, which are both more powerful as well as more efficient.

I’d still rather have real gas – and fewer problems.