Reposted with the kind permission of Boris Mihailovic

Just recently, Wheels magazine initiated a campaign aimed at exposing the various governments’ speed camera racket. And it is a racket –  in that it is a wholly dishonest practice that obtains money through fraud and extortion.

I think I might have spotted a little in glee when I saw it. Here was a major media player actually taking the establishment to task and questioning the insidious baloney of the speed camera cult. This, I thought, was something new and refreshing. Was it really possible that for the first time since the Vietnam War a major media outlet had decided it was going to do its job rather than simply perform as the disgusting propaganda arm of the state?

AMCN was cautious in its support for the Wheels crusade, but it did put up a link on its Facebook page, shortly after which two very predictable things happened.

The first was that the government immediately started issuing press releases citing “studies” that apparently proved that speed cameras were the superheroes in the War on the Road Toll and that without their gentle, nurturing ministrations, the “carnage” upon our highways would cease to be “carnage” and become “genocide” – whereupon even higher fines could be satisfyingly levied upon the hapless motorist.

The second thing that happened was that a sizeable herd of glass-tasters emerged from under their mossy rocks and began to bleat their stupidity at the world. Once upon a time, such retarded knob-holsters would never have been heard, but since the advent of the Internet and social media time-sinks like Facebook, some of the dumbest apes in our zoo have found a soap-box upon which to stand and give public voice to their absurdity.

“If you’re not speeding what have you got to worry about?” they bray.

“Speed cameras save lives!” they honk.

“The studies prove the cameras work!” they whinny.

It’s truly amazing. It’s like the government has its own cheer-squad.

I used to wonder if people could really be that abysmally stupid – but I don’t wonder about that anymore.

People are that abysmally stupid. But because they would be terribly offended to discover how impossibly stupid they are, our rulers contrive to keep them ignorant of their own stupidity. After all, having slaves that know the truth (both about their dumbness and about the lies) is counter-productive and can lead to all sorts of undesirable outcomes. It is far better to keep the foolish servants distracted with circuses and spectacles, and reassured with empty promises of security and safety. And provided they aren’t hungry, they will let the rulers do whatever the rulers want.

And it works. Demonstrably well. The Romans had it worked out ages ago. Panem et circenses – bread and circuses is what kept the Romans from killing their rulers.

Of course the “research” is not really research. If it was proper scientific research it would be open to peer-review (that’s when one’s peers in the scientific community examine your research to test one’s methodology and conclusions for scientific validity) and independent scrutiny. So it’s not research. It’s just bullshit. Rank and vile and all-pervading – but very effective, nonetheless.

No less a luminary that Adolf Hitler himself employed the methods our own government uses on us, to wit: “By means of shrewd lies, unremittingly repeated, it is possible to make people believe that heaven is hell – and hell heaven. The greater the lie, the more readily it will be believed.”

Peer-reviewed scientific research in other parts of the world has shown that speed cameras do nothing to reduce fatalities or trauma. “But the road toll is down!” shriek the government’s personal spastics.

Yes, it is. And this is why: Cars are safer. Trauma surgery is better. Roads are much imporved. Those are the real reasons the road toll is declining. That is the truth.

But that is not what the government presents as the truth.

It’s certainly not what its supporter-monkeys want to hear, is it? 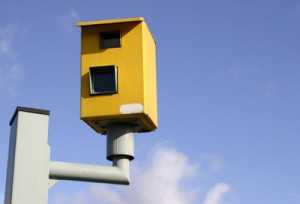 People don’t like to discover they have been conned. People don’t like to discover they aren’t very bright (which is why they have been conned in the first place). And that is why, despite all the evidence that demonstrates time and again that the government is a dishonest herd of opportunistic bullshit artists that obtains money from the electorate by deception and fraud, backed by self-serving junk “science”, a sizeable chunk of motorcycle riders (and motorists in general) will go on mindlessly supporting it.

Because to question what one is told requires effort and critical thought and – oh look! There’s a bright shiny sporting event on the TV! With fireworks! Look at all the sparkles!

Truly, people very much get the government they deserve.