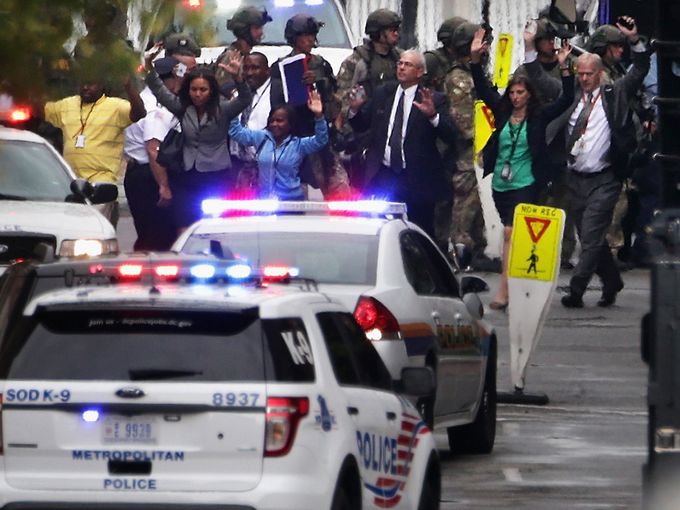 A couple of observations about the shooting up in DeeCee: 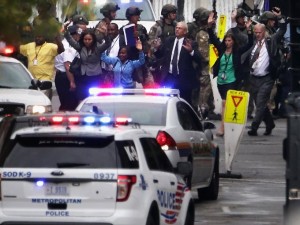 First, the obvious: Shootings seem to be attracted to “gun-free” zones. Places where it is illegal for the average person to possess a gun, especially a concealed gun. And thus, much easier for an armed psychopath to shoot many of them without worrying much about them firing back.

Where I live in rural SW Virginia, it is a good bet that in any public setting (other than the “gun free” zone that is the court house and other gunvernment buildings, where only gunvernment officials are permitted the right to defend themselves) at least every third person in your vicinity is probably carrying concealed – and is well versed in the use of firearms. Coincidentally, there are rarely (never?) mass shooting in such gun-abundant zones.

Is there, perhaps, a conclusion to be drawn?

Next up, what is it it with the Hands Up! (or is it I Surrender!) pose of  the mere mundanes cattle chuting their way out of the “area” (as the legions of the Heimatsicherheitsdeinst love to style it)? We’ve seen it a lot lately – today, up in Dee Cee. Grown men (women, too) cringing like felons being escorted under armed guard from one cell block to another. Hmmmm. . .

What if they kept their hands at their sides? Would they be shot for this?  Would it be characterized as “resisting”?

Me? I’d rather have my Sig at my side than my hands up in the air.