CHINO — Three children were injured by bullet fragments after a fellow elementary school student pulled the trigger of an assault rifle mounted on a police motorcycle during a school assembly, authorities said. 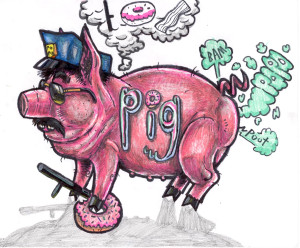 The AR-15 was locked to the side of the motorcycle that was on display at Newman Elementary School on Wednesday during an anti-drug program when a student managed to fire it, Chino police spokeswoman Tamrin Olden said.

“The bullet disintegrated when discharged by striking a metal plate where the barrel rests against the weapons mount,” and fragments apparently struck some children and caused minor injuries, she said.

“It is likely that metal debris struck two children resulting in extremely minor injuries,” Olden said, adding that the children were treated at a hospital and released.