I saved a pile of money last weekend – by driving someone else’s Lexus hybrid to my mother-in-law’s place in Raleigh, NC. 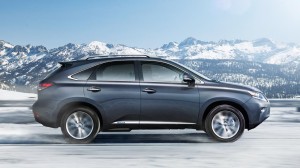 The vehicle was a new (2014) RX450h – the hybrid version of the hugely popular Lexus RX luxury crossover. We began the roughly four hour trip (three, with me driving) from our place in SW Virginia with a full tank. Despite driving that Lexus like Burt drove the black and gold ’77 TA in Smokey and the Bandit, we arrived in downtown Raleigh with a quarter-tank to spare.

I put $30 in the tank for the trip back – and made it back to our driveway with more than a quarter-tank to spare.

The plain truth is I could have whupped Burt and his black Trans-Am, if only because of all the time Burt would have lost stopping for fuel every 200 miles or so. (I happen to own a mid-70s vintage Trans-Am, so I can tell you directly that these things average maybe 10 MPG running like Burt ran.) 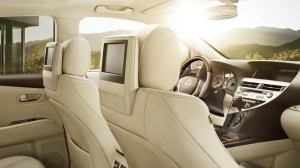 In comparison, the Lexus was almost free transportation.

Well, except for having to buy the thing.

And therein lies the proverbial rub.

This is a car for the affluent – yet the affluent, as a rule, do not have to worry much about the cost of fuel. Not really. Not in the way that people who make $23,000 a year do, anyhow.

Arguably, it’s the guy making $23k who desperately needs a car that can be driven at a steady 75-80 MPH for three hours straight and still have a quarter tank left. Driven at all reasonably, the Lexus could probably have made it to Raleigh with half a tank to spare. 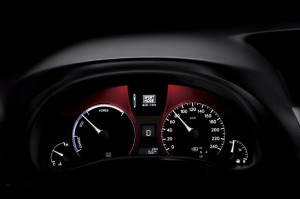 Yet our man making $23k is more likely to be the guy pumping gas into this Lexus than the guy who owns one.

The truth is there are more high-dollar hybrids on the market than there are affordable ones. Even the vaunted Prius isn’t exactly low bucks. The plug-in version starts at $30k – and the standard model around $24k. Sure, you’ll save money down the road. But it’s the up-front that’ll hurt you.

$24,000 spread over five years amounts to $400 a month. That is not factoring in any interest. Remember the guy earning $23,000 a year? Let’s say his take home is $20,000 – and that’s figuring in his favor very generously, given he’s paying at least 7 percent off the top for Socialist Insecurity. Anyhow, with $20k net coming in, he has about $1,600 a month to spend. A $400 payment works out to exactly 25 percent of his take-home. Even if his gas bill is cut in half, he’s still spending a dangerously large percentage of his available money on the vehicle. 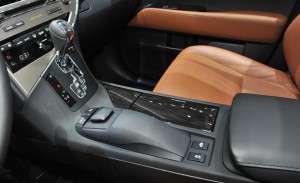 And the RX? $60,000 spread over five years comes to $1,000 a month. Anyone who can afford to drop a grand per month on a car payment isn’t someone who’s got to sweat the cost of gas. Or if he does sweat it, someone ought to tell him that he’d end up with a lot more coin in his pocket if he spent $250 or so a month on a new Corolla instead.

Now, I understand that hybrids have other virtues besides using less gas. The immediate torque of electric motors makes a ride like this RX come off the line feeling stronger than Burt’s old Trans-Am. Trust me, it jumps! (For the full review, see here. This is of the 2013 – but the ’14 is pretty much the same vehicle). And, there is a certain coolness inherent in being able to slink along silently – when the hybrid is in electric vehicle (“EV”) mode. Not to mention the perks – such as being able to drive solo in the HOV lanes.

I just think it’s a shame that the best hybrids – the ones that run like stink, like this one – are off-limits to the proletariat.