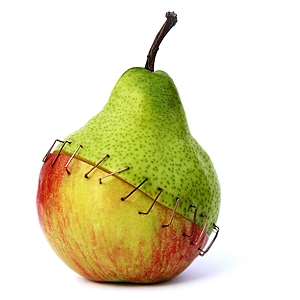 The Grocery Manufacturers Association (GMA) is scheming to criminalize state-by-state GMO labeling laws in a deviously evil effort to keep consumers ignorant of what they’re eating. Remember, the GMA is the same organization that got caught running an illegal money laundering scheme in Washington state, secretly funneling money from big food manufacturers into a campaign to defeat GMO labeling initiative I-522.

Now the GMA is pushing legislation at the federal level to not only outlaw GMO labeling laws at the state level, but also to get the FDA to declare GMOs as “natural” so that foods made with GMOs can claim “all natural” on their labels. A petition filed with the FDA by the GMA states, “GMA will be filing a Citizen Petition early in 2014 that asks the FDA to issue a regulation authorizing foods containing ingredients derived from biotechnology to be labeled ‘natural.’” (SOURCE)

“Monsanto and giant food companies are scheming behind the scenes to introduce a bill in Congress that would kill mandatory state GMO labeling efforts and replace it with a gutted version of a bill to preempt states’ rights and give the illusion of serious regulation,” reports Food Democracy Now, which also calls the plan “devious” in nature.

How evil can they get?

The GMA solely represents the profit interests of dishonest, deceptive food manufacturers who sell toxic poisons, not the interests of food consumers, and it has a long established history of using deceptive tactics to make sure its members can continue to hide their toxic poisons in their food products.

The GMA is, in essence, a “pro-poison” industry group that wants consumers to unknowingly eat more poisons in their food. The GMA should not merely be ashamed of itself; it should be publicly exposed as an evil food industry group whose actions, if successful, may result in hundreds of millions of Americans being harmed by unknowingly eating unlabeled poisons in their food.

Your help is needed to stop this group from achieving its truly evil aims in Washington. Here’s what you can do to help:

Share this story at the Center For Food Safety:
http://www.centerforfoodsafety.org/press-rel…

Tweet this story, Facebook it, email it, share in whatever way you can. The GMA needs to be halted by a barrage of active consumers who rise up and shout, “ENOUGH! We demand to know whether the products we buy contain GMOs!”

After all, the right to know what we eat is a fundamental human right. Don’t let the anti-human rights “GMA” group keep you in the dark over what you’re eating. We must not let evil prevail in this fight for food transparency!

BTW, Natural News Labs is the only organization in the world now testing and openly publishing heavy metals test results for foods made by the members of the GMA. To see those results right now, visit: http://labs.naturalnews.com

Alabama Hero Guns Down Airman For Holding Up His Wallet