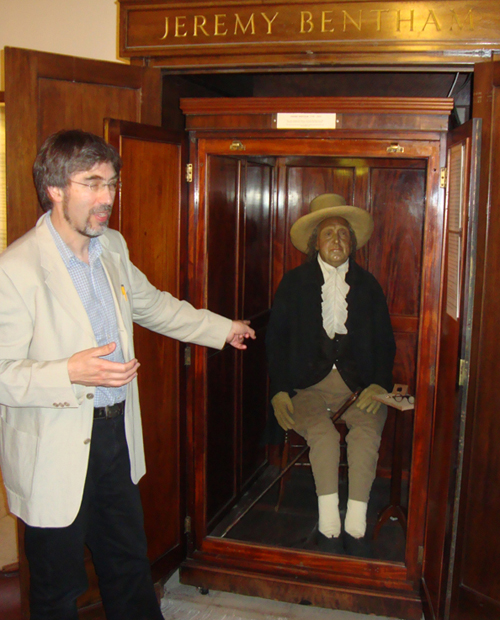 It’s easy to get hung up on what’s legal vs. illegal. 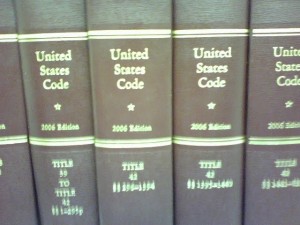 Clovers are completely hung up on it.

And this may be – probably is – calculated, deliberate. The desired object. A very clever trick, to keep the minds of people occupied on the irrelevant and the pointless. Kind of like the false choice presented by the duopoly – Democrat vs. Republican. Heads or tails, left or right – the same side wins, regardless.

The people going at one another on either side of this false divide get nowhere because they’re arguing about non-essentials. What government will do. Not whether government ought to be doing it.

Or doing anything, for that matter.

This keeps them busy – emotionally invested – but harmlessly diverted.

You know, like the fuuuuhhhhhhttttball cult that’s addled at least two-thirds of the male population.

This may not be coincidence.

Similarly, this business of legal vs. illegal.

First articulated by an ur Clover by the name of Jeremy Bentham, it is the idea that right and wrong are mere legalisms. Whatever authority decrees – nominally, for the sake of “the greatest good for the greatest number,” as Benthamites put it – constitutes the sum total of “the law.” The “greater good” being defined, of course, by Benthamites – and imposed by force on everyone. Benthamites take the view that there are no such things as rights – especially not individual or natural ones.

Bentham himself dismissed them as “nonsense on stilts.”

But what’s truly nonsensical is the notion that groups have rights – while individuals lack them. Groups, after all, have no existence in reality. They are constructs – rhetorical devices – and very dangerous ones at that. Does the group speak? Or do anointed (usually, by themselves) individuals speak “on behalf” of the group? 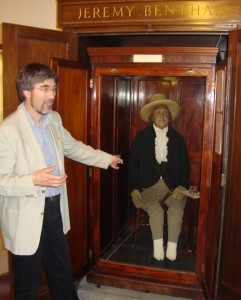 This is the origin of “we” ought to do this (or not do that).

But the most pernicious aspect of the legal positivism espoused by Bentham and worshipped by today’s Clovers is the dismissal of moral right and moral wrong. It is the mechanism by which they end-run the non-aggression principle. If individuals don’t have the moral right to be left alone, to not be violently assaulted for the “greater good” (or their “own good,” as defined by Clovers) then they – the Clovers – may do just as they please to anyone, provide they sheep dip it in legalism. Simply pass a law or hold a vote and – presto! – it is required that everyone obey, the moral rightness or wrongness of the required submission being beside the point.

Let’s consider a basic example, the case of a “speeder” pulled over by a cop.

From a natural rights/Libertarian perspective, a “speeder” hasn’t committed a moral wrong – because he hasn’t harmed anyone; there is no victim left in his wake.

But the cop who pulls the “speeder” over (euphemism check; what he’s doing is forcibly waylaying a morally innocent person at gunpoint; he is not asking his victim to please pull over for a remonstrative chat; he is demanding the target submit and obey . . . or else) has committed a moral offense. 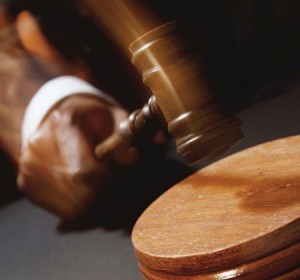 He – the cop – ought to feel shame, guilt. But of course, does not. Because he’s been trained – check that, conditioned – to view enforcement of the law – whatever the law is, because it is the law – as morally acceptable, even though doing so frequently entails doing violence to people who’ve done nothing to harm anyone.

The cop (and Clovers) maybe never heard about the Benthamites-in-brown who were hanged after being convicted at Nuremburg in the aftermath of World War II. Many of these German Benthamites were high level government officials and enforcers. They had titles, wore special costumes, had badges – and so on.

No one accused them of acting outside the (positive) law. Indeed, their defense was that they were merely following orders issued by duly constituted authority – positive law. And it was absolutely true. But the Nazis were hanged nonetheless, because the people of that fast-fading time still at least peripherally understood that the mere fact of something being “legal” in no way makes it necessarily right. And the equally important flip side: 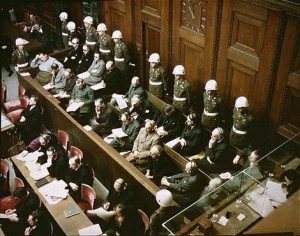 Egregious wrongs are often performed under color of law.

That understanding is now exceedingly uncommon. In part, because of the lawyerly pettifoggery that makes “the law” inscrutable, incomprehensible … and divorced from any guiding moral principle. The question in court – and by the side of the road – is no longer: Did this person do something wrong (i.e., did he cause harm)?

It is merely the Benthamite query : Did he violate “the law”?

According to this standard, the Nazis hanged at Nuremburg were innocent and should have been freed. Because they were acting under color of law – and merely enforced the law. They were acting on behalf of the group – for the sake of the “greater good,” as the group’s anointed leaders saw it. Whether the law was right – and the group’s leaders wrong  – doesn’t compute to a legal positivist.

Here it is, direct from the horse’s mouth:

“The fact that a policy would be just, wise, efficient, or prudent is never sufficient reason for thinking that it is actually the law, and the fact that it is unjust, unwise, inefficient or imprudent is never sufficient reason for doubting it. According to positivism, law is a matter of what has been posited (ordered, decided, practiced, tolerated, etc.)”.

From this issues the amoral, impenetrable ukase we suffer under today. From the IRS code to the code enforcement in your suburban neighborhood. Not only is the law morally indifferent and arbitrary, it is also unintelligible by any definable, fixed standard. There is nothing beyond it being “the law”  to decide whether something is or isn’t permissible or punishable. Well, nothing beyond what the Benthamite Clovers decree – and are capable of imposing by force.

Legitimate law – natural law, based on the idea of each individual having an equal right to be left unmolested – does not require a law degree or formal training to parse. There is no “greatest good” – subjectively defined and imposed by force.

If there is no victim, there is no crime. The individual must be left in peace. The “greatest good” is for each of us to define for ourselves – but not our right to impose upon others. 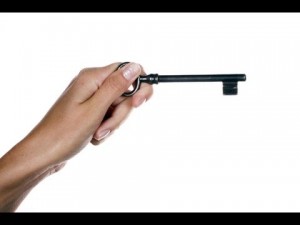 The details can be fleshed out, but the principle is elegantly simple – as all things of genuine genius usually seem to be.

Any person of average intelligence can understand the concept of “harm done” or not done and if not sociopathic, eschews doing harm, feels moral guilt when he causes harm  – and a compulsion to make it right if he has caused harm.

No Talmudic parsing is needed. Something is – or it ain’t.

And each of us has our own uniques ideas about what’s good – and isn’t. So long as we’re not harming anyone as we pursue these individualized goods, we’re acting morally. As distinct from the Benthamite Clovers, for whom “morality” issues from the barrel of a gun.

That line Shakespeare wrote in Henry VI – first thing we do, let’s kill all the lawyers –  was a kind of primal scream in protest against the doctrines of legal positivism.

Wouldn’t the world be a better place if, rather than “the law,” what mattered was whether anyone was actually harmed? If innocence of having caused harm was an absolute defense against legal/official harassment – as opposed to the reams of inscrutable/impenetrable and morally obtuse “statutes” and “decisions” and “precedents” intelligible only to the secular priesthood of lawyerdom?

Ol’ Bill was on to something.

Maybe The Third Time Will be The Charm