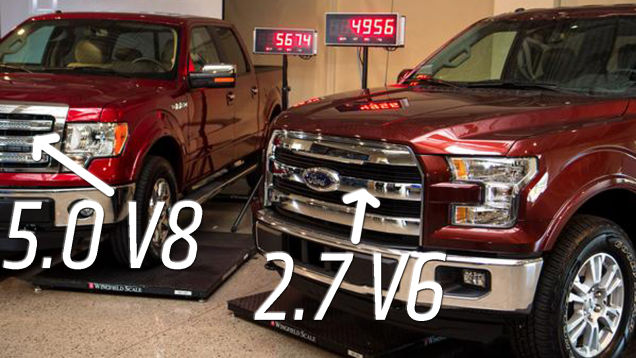 You may have read about 2015 Ford F-150, which will have an aluminum rather than steel body. It will be significantly lighter than the same truck made of steel, aluminum weighing a lot less than steel. Even better, while aluminum isn’t forever, it usually lasts really long time. Rusted out floorpans (and beds) are about to become as uncommon as skid marks (all but eliminated be widespread application of anti-lock brakes). 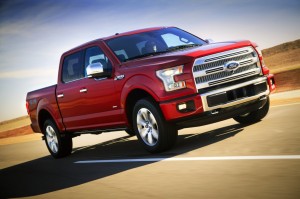 But, all is not pixie dust and unicorn farts – because in the word we live in, there is no free lunch. Steel has its downsides, but so does aluminum. Let’s talk about what they’re not telling you.

Ah, but what about gas mileage? Surely the new – and lighter – truck goes farther on a gallon than the old truck? No doubt. But, how much farther? Enough to make the effort worth the expense?

Ford/EPA have not officially released any stats yet for the ’15 F-truck, but informal testing by journalists (using the truck’s built-in mileage computer) indicates around 23.7 MPG with the new super high-pressure (30-plus PSI at full boost) twin turbo 2.7 liter V-6 engine. This is very good for a full-sized truck. But how does it stack up against the previous (all-steel) F-truck? 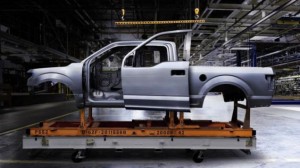 We know the stats for that one: 17 city, 23 highway. So, about 20 MPG, average. Which means – if the preliminary data are accurate – the new truck (with the new engine) squeezes out about 4 MPG more.

Color me not so impressed.

Meanwhile, I am skeeved out by the ’15 F-truck’s new 2.7 liter twin turbo engine. Yes, yes. Ford has gone to great lengths to assure long-haul reliability. Teflon connecting rods, and a system that keeps oil flowing to the turbos after shutdown, to keep them from self-cremating. 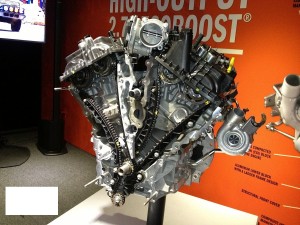 I’ll let you be the first to see what happens to this twice-turbo’d wunderkind after the warranty runs out. Me? I’ll stick with a non-turbo’d, under-stressed V-8 that gets 18 MPG. Gas is a lot cheaper than turbos.

Especially two of them.

But, back to the aluminum vs. steel thing.

One of the theoretical draws of aluminum over steel is that rust will be less of an issue. No more Swiss-cheesed beds and floorplans. Except, of course, that aluminum corrodes, too. Ask anyone who – like me – restores old motorcycles. But the more relevant thing is that steel doesn’t rot much anymore. More often than not, the body will last longer than the useful life of the vehicle – even if subjected to decades of winter driving and road salt. It’s not like it was – for those who can remember the pre-1990s world – when vehicles (and especially trucks) often had obvious body rot before they reached ten years old. Today, it’s very uncommon to see a rusty truck – unless it’s 15-20 years old. And has lived a hard life – outside and rarely washed. 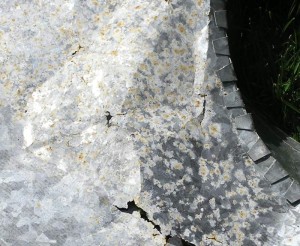 So, the superior rot-resistance of aluminum vs. steel may be an academic exercise as opposed to a real-world advantage. Most people will probably have sold their 2015 F-truck before it reaches 15 years old. Before rust would have been a concern – whether the truck’s body was made of aluminum or steel.

But what about accident damage – and repair?

Aluminum is strong – but more easily bent than steel. And it’s harder to repair – to weld – than steel. Here is some interesting tech data about welding aluminum, from one of the major suppliers of welding equipment. Not just anyone can do it. Which means, the cost of doing it – of getting it done by someone who does know how to do it – is likely to be higher. Which will almost certainly mean higher repair – and so, insurance – costs for these aluminum-bodied trucks.

I wish the press kit automotive media would at least mention this stuff. But they won’t, so I will.

Mind, I’m not shitting all over the idea of aluminum. I’m just not dry-humping its leg, either – like everyone else seems to be doing. There are advantages, absolutely.

But there are disadvantages, too. 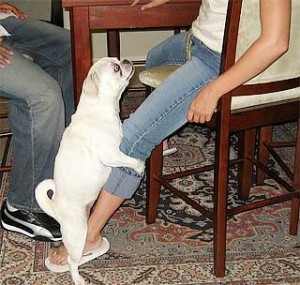 The bottom line is that Ford is going over to aluminum chiefly to make it politically feasible to continue building a mass-market full-size truck. As I have ranted about previously, the “driver” is not market demand so much as government mandate. A little more than a year from now (in 2016) the government has decreed that all vehicles (including trucks, which used to be subject to a more forgiving standard) shall average 35.5 MPG – or else.  The “or else” being monetary penalties rained down on any recalcitrant manufacturer, which will then be passed on to you, dear consumer. These penalties are figured on the basis of “fleet averages” – and Ford sells a fleet of F-trucks. Hundreds of thousands of them each year. A 4 MPG uptick matters hugely – as far as the government’s “fleet average” calculations  – when the model in question is Ford’s best-selling/highest-volume model.

Ford – any automaker – can “get away” with selling a low-volume/specialty vehicle that doesn’t quite make the MPG cut. Because its contributions (its substractions) to the automaker’s “fleet average” MPG numbers are negligible. But not a half-a-million-each-year seller like the F-truck. Which is why that 4 MPG uptick matters so much. Which is the real reason why the new F-truck has an aluminum-body. And a twice-turbo’d V-6.

Just so you know.

“heroes” Beat Man, Destroy One of His Eyes…